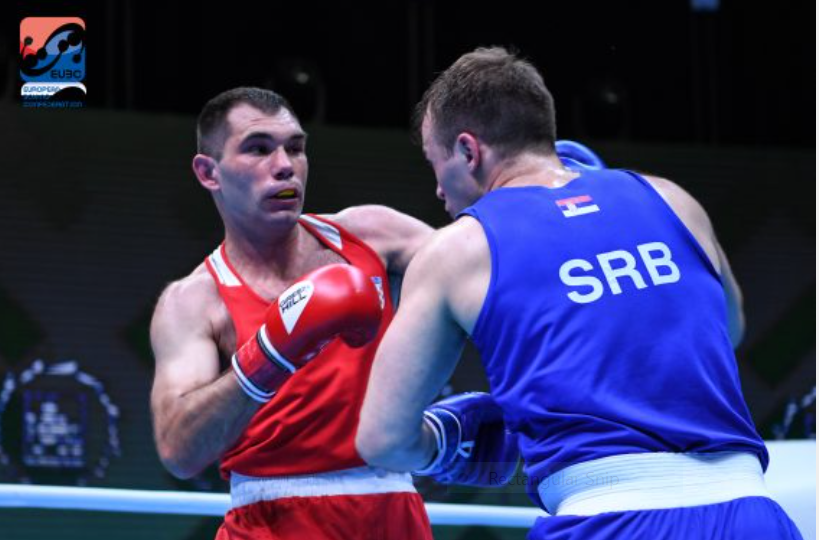 Bulgaria’s Radoslav Rosenov, top seed in the lightweight category at the European Men’s Elite Boxing Championships in Armenian capital Yerevan, suffered a shock defeat on the third and penultimate day of preliminary competition.

The 19-year-old, who is the European Boxing Confederation (EUBC) under-22 champion, EUBC youth champion and the Strandja Memorial Tournament winner was billed as one of the stars of the tournament.

But he looked nervous in his opening contest, against Slovakia’s Viliam Tanko, and his opponent used perfect long-range tactics to earn a 5-0 verdict and a place in the quarter-finals.

This was one of a number of startling results as boxers in the flyweight, featherweight, lightweight, middleweight and cruiserweight classes advanced to the last eight.

Nominee for the fastest knockdown of the tournament.

The 3rd day of The EUBC Men's Elite European Boxing Championships is on the air. links to the broadcast in the stories.

Hungary’s 22-year-old Roland Veres, who switched from kickboxing to boxing only a few years ago and is not yet experienced on the international stage, earned a smart and surprising win over the veteran home fighter Karen Tonakanyan in the lightweight under-60 kilograms category.

Ukraine’s Dmytro Zamotaev, a world bronze medallist in 2015, progressed in the flyweight class at the expense of Germany’s Christopher Goman.

Israel’s David Alaverdian first participated in elite competitions 10 years ago and recently decided to return from the professional world.

Hungary’s Robert Cservenka eliminated Austria’s Marcel Meinl on the first day of the event and he surprised Scotland’s Samuel Hickey in the opening round of their round-of-16 contest.

But the 22-year-old Hickey, who will compete at this summer’s Commonwealth Games in Birmingham, turned the contest with multiple shots in the final round.

Germany’s Kevin Schumann was silver medallist at the Under-22 European Championships last year and is seeded second in the middleweight category.

But he had to work hard to beat home boxer Vakhtang Harutyunyan.

Giorgi Kushitashvili represented Russia at the 2019 World Boxing Championships in Yekaterinburg but was able to compete here after switching back allegiance to his homeland of Georgia.

He underlined his gold-medal potential in the cruiserweight category with an easy win over Italy’s Davide Brito.

A total of 219 boxers from 39 nations have been contesting the 52 available medals in the Armenian capital at an event where finals are scheduled for Monday (May 30).

boxers from Russia and Belarus are banned owing to the war in Ukraine.