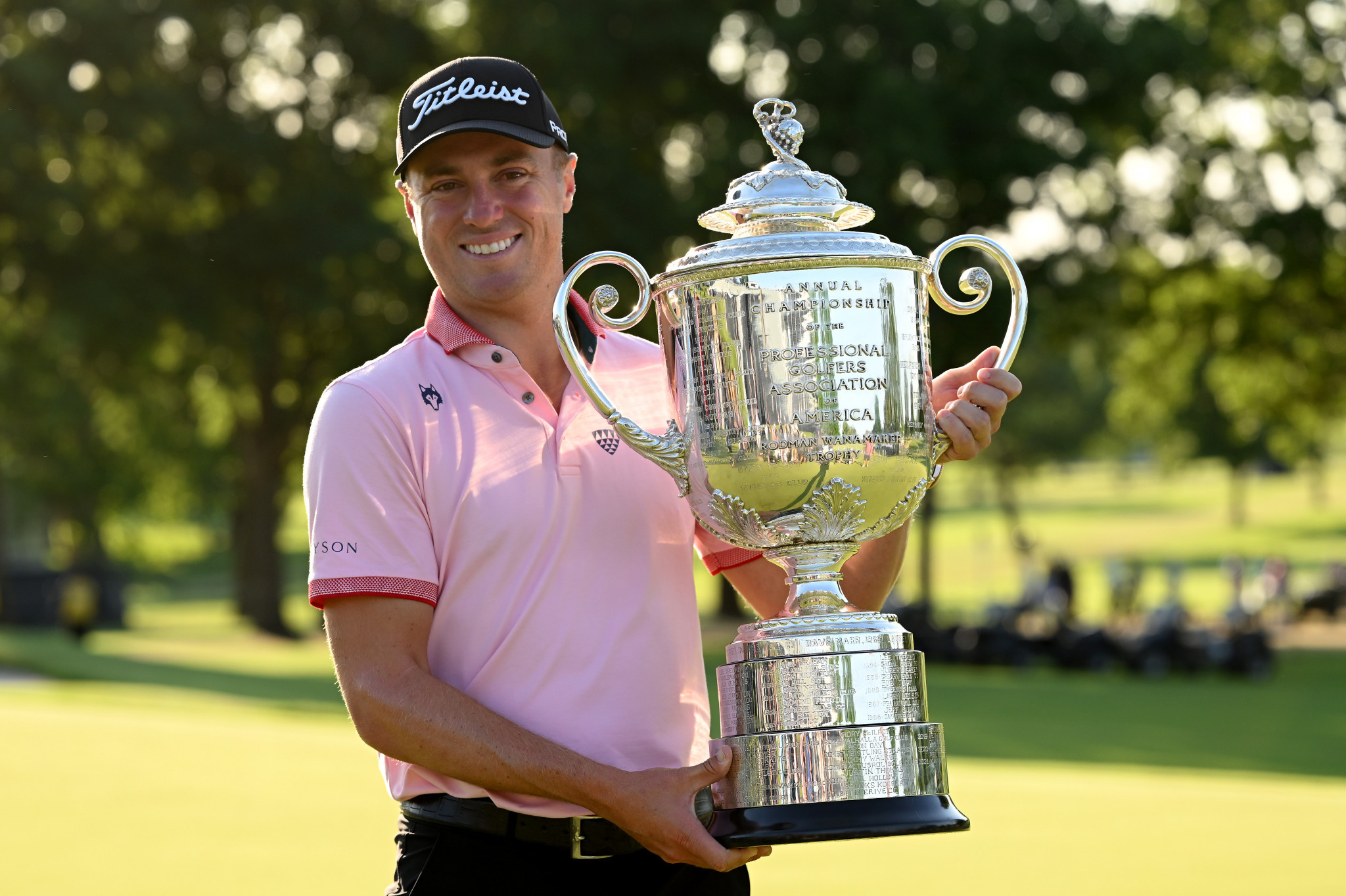 Justin Thomas won his second Professional Golfers' Association of America (PGA) Championship via a playoff with Will Zalatoris, after Mito Pereira opened the door with a catastrophic double bogey on the final hole.

Chile's Pereira - playing in just his second major - came agonisingly close to a birdie on the 17th which would have given him a two-stroke lead with one hole left to play at Southern Hills Country Club, but his ball held up a matter of millimetres short of the hole.

A low, wayward tee shot followed on 18 and found the water.

After a penalty drop, Pereira had three strokes to finish his round and join Americans Thomas and Zalatoris in the playoff, but he could not escape with a bogey and ended the tournament at four strokes under par, carding 75 for the final round.

By contrast, Thomas shot a three-under 67 - tied for the best round of the day - and was four under over the last 10 holes.

The 29-year-old had begun the day seven shots off leader Pereira, but a brilliant back nine vaulted him into a share of the lead at five under for the tournament.

Zalatoris began the day three shots off Pereira and hung in there during a topsy-turvy round.

Like Pereira a player yet to win on the PGA Tour, Zalatoris made a clutch birdie on 17 and holed a sizable par putt on 18 to join Thomas on five under.

Thomas and Zalatoris both opened the three-hole playoff with birdies on the 13th, before Thomas seized what turned out to be a decisive advantage on hole 17, making birdie to Zalatoris' par.

A stellar approach shot from Thomas on 18 left Zalatoris in all likelihood needing a birdie to stay alive and that was too much to ask.

Thomas was six strokes under par for his last 13 holes of the tournament and is a major champion for the second time, having won the PGA Championship in 2017 as well.

Another curiosity is that Jim "Bones" Mackay, the former longtime caddy of last year's champion Phil Mickelson, was on Thomas' bag.

Mickelson, also American, was not defending his title in Oklahoma as his break from golf following inflammatory comments about Saudi Arabia continues.

"It's easy to start letting some doubt creep in… but I was very calm today," Thomas said, reflecting on the victory.

"I was very calm in the playoff.

"I was calm the last couple holes.

"I felt like I could do what I wanted to do, which is really all I could ask for.

"This is a very special win.

"And hopefully also a stepping stone."

Englishman Matt Fitzpatrick was in the final pairing with Pereira, starting three shots back, but made five bogeys in a 73 and soon dropped out of contention.

American Cameron Young had a share of the lead at one stage but finished three under, tied for third place with Pereira.

Northern Ireland's Rory McIlroy began with four birdies in the first five holes to suggest an unlikely comeback was possible, but putts would not drop for the two-time PGA Championship winner on the back nine and, chasing the extraordinary, he fell back to two under par, finishing eighth.

McIlroy had led at five under after the first round.