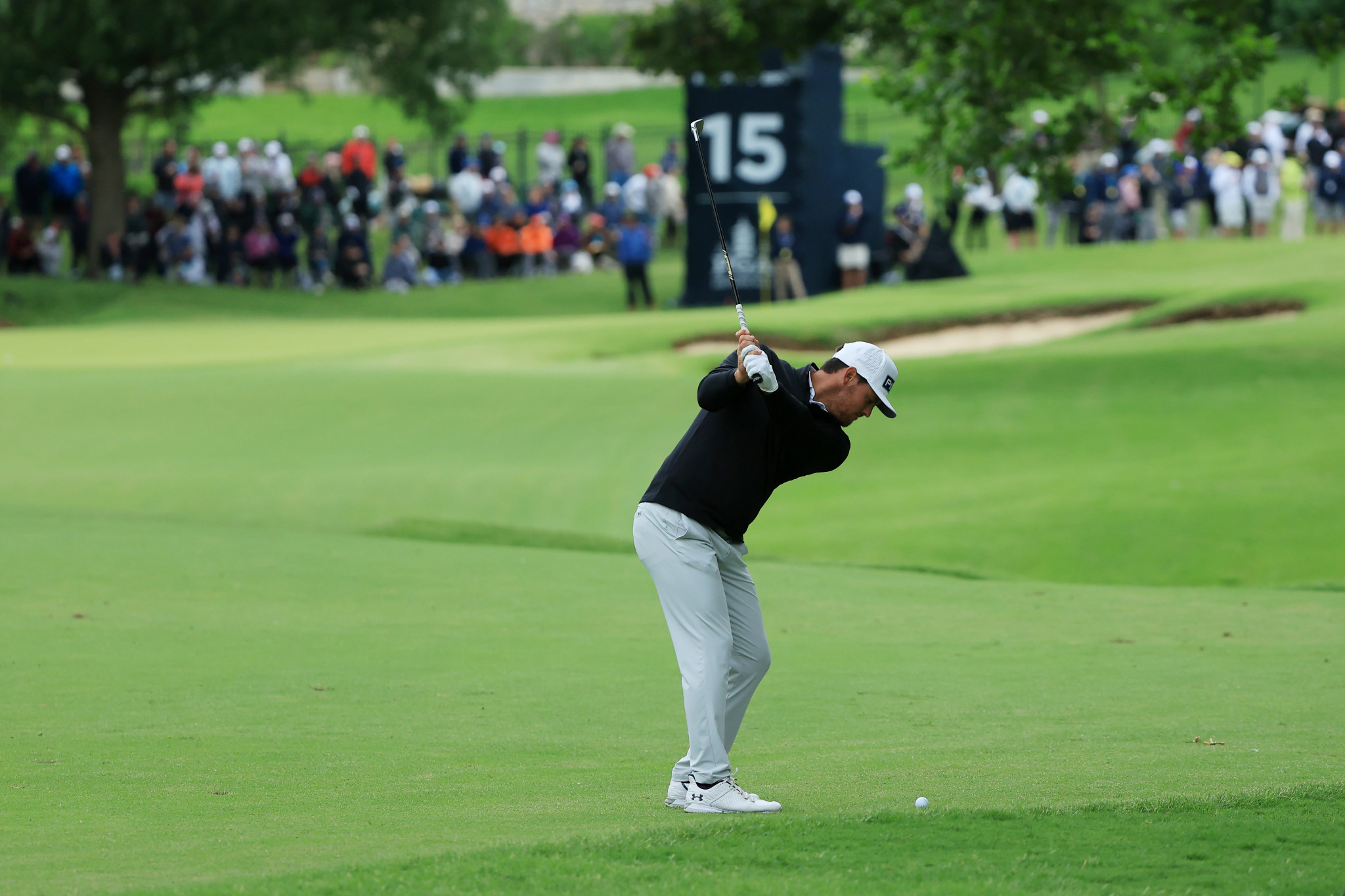 Unheralded Chilean Mito Pereira holds a three-shot lead with 18 holes remaining at the Professional Golfers' Association of America (PGA) Championship in Oklahoma, with halfway leader Will Zalatoris enduring a tough third round.

Pereira, who has only played in one major prior to this tournament, began with two birdies in his first five holes and raced into a four-shot lead as Zalatoris faltered.

Four bogeys in five holes from eight to 12 threatened to sink Pereira's round, but the 27-year-old rebounded in impressive fashion.

Pereira birdied holes 13 and 14 - a par three and a par five - before sinking a long birdie put on the last to card a one-under 69.

That leaves Pereira nine strokes under par for the tournament at Southern Hills Country Club, and three shots ahead of American Zalatoris and England's Matt Fitzpatrick.

Zalatoris, who like Pereira is yet to win on the PGA Tour, let alone a major, birdied the 17th to leave himself in within touch.

The rookie is rolling. Mito Pereira is making his presence known at Southern Hills. 👀#PGAChamp pic.twitter.com/sDqlQRpeSr

A four-over front nine was disastrous for Zalatoris, but not necessarily fatal to his title hopes as it came on a gray day when scoring was tough.

Rory McIlroy, the Northern Irishman who led after round one, shot a 74 which does appear terminal for his hopes of winning a third PGA Championship.

McIlroy played the sixth and 11th holes - both par threes - in 11 shots to bookend a dreadful middle section of his round.

By contrast, Fitzpatrick's 67 was the second-best score of the day and has vaulted him up the leaderboard.

American Cameron Young also shot 67 and is in sole possession of fourth place at five under.

Mexico's Abraham Ancer is four under and Ireland's Seamus Power three under, with Power another player to shoot 67.

You have to go down to seventh on the leaderboard to find a past major winner, and there are three of them - Justin Thomas, Bubba Watson and Stewart Cink.

Watson could be higher, but the left-hander was four over par for his last nine holes.

Cink is 49, but can take inspiration from a 50-year-old Phil Mickelson winning this event last year.

Mickelson, also American, is not defending his title as his break from golf following inflammatory comments about Saudi Arabia continues.