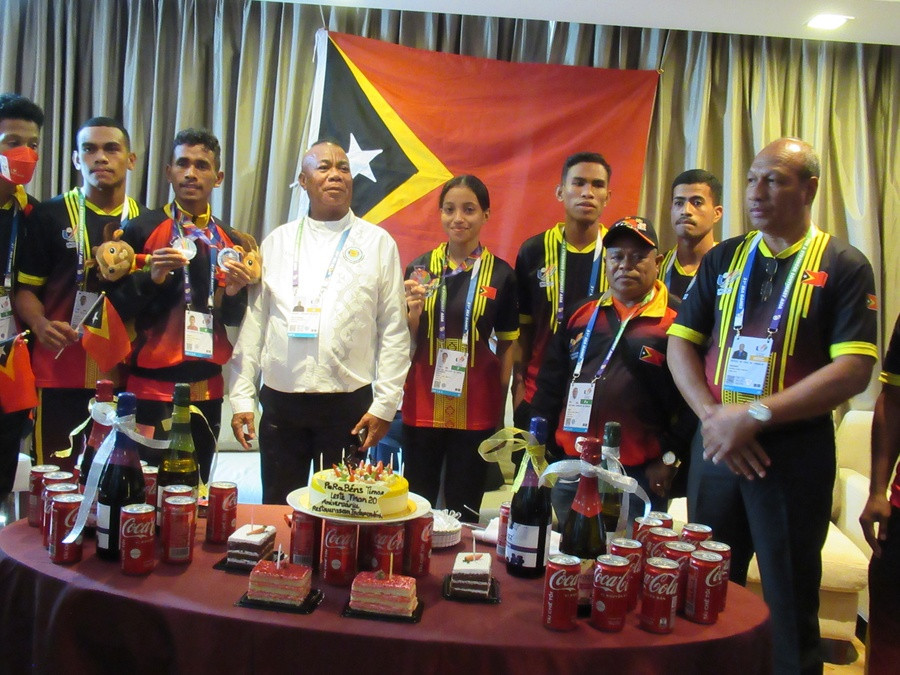 The National Olympic Committee (NOC) of Timor-Leste has celebrated the country's 20-year anniversary of independence.

The celebration opened with a prayer and the national anthem, before team leaders praised athletes for the manner in which they represented Timor-Leste.

José Manuel Ramos-Horta, elected as President of Timor-Leste earlier this month, was congratulated on his victory, with the NOC declaring that it was looking forward to working with Ramos-Horta to enhance sport in the country.

Two of Timor-Leste's medallists at the SEA Games - Felisberto de Deus who placed second in the men's 5,000 metres and 10,000 metres and Santina Adelaide de Sousa Fernandes who took bronze in the women's under-49 kilograms taekwondo - earned special recognition.

Timor-Leste became the first new sovereign state of the 21st century to be recognised by the United Nations (UN) in 2002.

After a period of instability following the end of Portuguese colonial rule, Indonesian troops invaded the territory in 1975 and ruthlessly supressed the independence movement.

It has been estimated that up to 200,000 people were killed by fighting, massacres, famine and disease during the occupation.

Timor-Leste voted for independence in 1999, and was officially recognised as an independent state by the UN three years later, on May 20, after a period of being governed by the United Nations Interim Administration for East Timor.

It's nationals competed as part of the Individual Olympic Athletes team at Sydney 2000.

Timor-Leste has been represented by one athlete at the last three Winter Olympics, but has yet to win a medal at either edition.

The country has also featured at all five Asian Games since Busan 2002 without medalling, although it had won 35 medals in its first nine appearances at the SEA Games prior to the delayed Hanoi 2021.