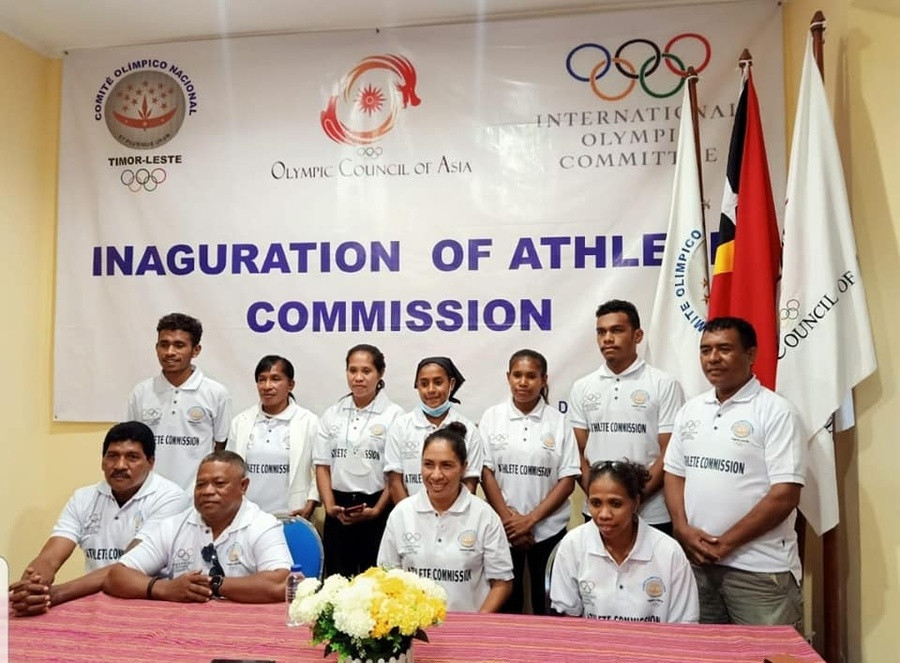 The Timor Leste National Olympic Committee (CONTL) has inaugurated its first Athletes' Commission for the 2021-2025 term.

On October 23, a General Assembly was held in Dili, with a Board of Directors elected for the four-year term.

The Commission, which is the first time the CONTL has ever established an Athletes' Commission, has 13 members in total.

Under Article 27 of the CONTL and in accordance with the National Athlete Commission, CONTL vice-president Mateus da Cruz de Carvalho and secretary general Laurentino Guterres inaugurated the Athletes' Commission.

"We are looking forward to continuing our cooperation with you for the development of sport and the Olympic Movement in Timor Leste and around the globe," the NOC vice president wrote in a letter to Olympic Council of Asia director general Husain Al Musallam.