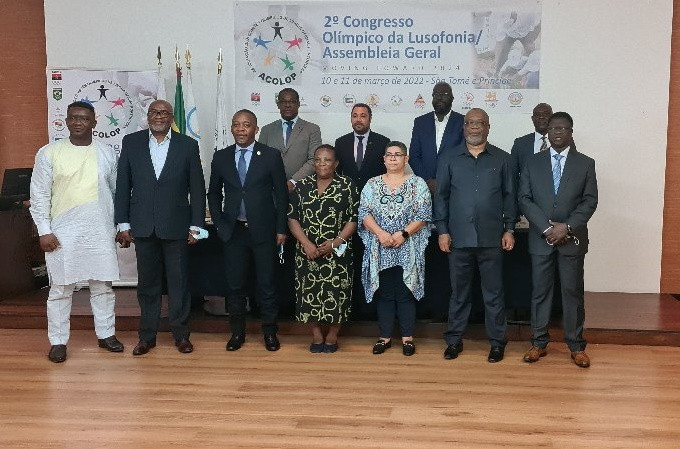 Filomena Fortes has been elected President of the Association of Portuguese Speaking Olympic Committees (ACOLOP) at an elective General Assembly in São Tomé.

Fortes also joined the International Federation of Teqball (FITEQ) Executive Board in the same month.

The 53-year-old previously held the role of vice-president of ACOLOP.

"I am honoured to be elected as President of ACOLOP," Fortes said.

"I have been part of the organisation for many years and have seen how impactful it is in spreading Olympism in Portuguese-speaking countries.

"I am greatly looking forward to the months and years ahead, to see how we can continue to build on the work since its foundation in 2004.

"From a teqball perspective, the sport is growing rapidly in the ACOLOP member countries.

"For example, Portugal hosted the first European Teqball Tour event of 2022 in Lisbon, whilst back in 2019, teqball was a demonstration sport at the African Beach Games in Sal, Cape Verde."

FITEQ general secretary Marius Vizer Jr congratulated Fortes for her election victory and praised the impact she has had on teqball.

"We’re delighted that Ms Fortes has been elected as ACOLOP President and have no doubt that she will be an excellent leader for the organisation," the FITEQ general secretary said.

"What she has brought to the teqball family, through her experience as an IOC member, Cape Verde NOC President, ANOCA vice-president, LA 2028 Coordination Commission, WADA Foundation Board member, and much more, has been invaluable and ACOLOP will benefit greatly from her wide-ranging expertise."

ACOLOP, which is comprised of 11 countries and territories, appointed officials from Guinea-Bissau and São Tomé and Principe as the latest vice-presidents of the organisation.