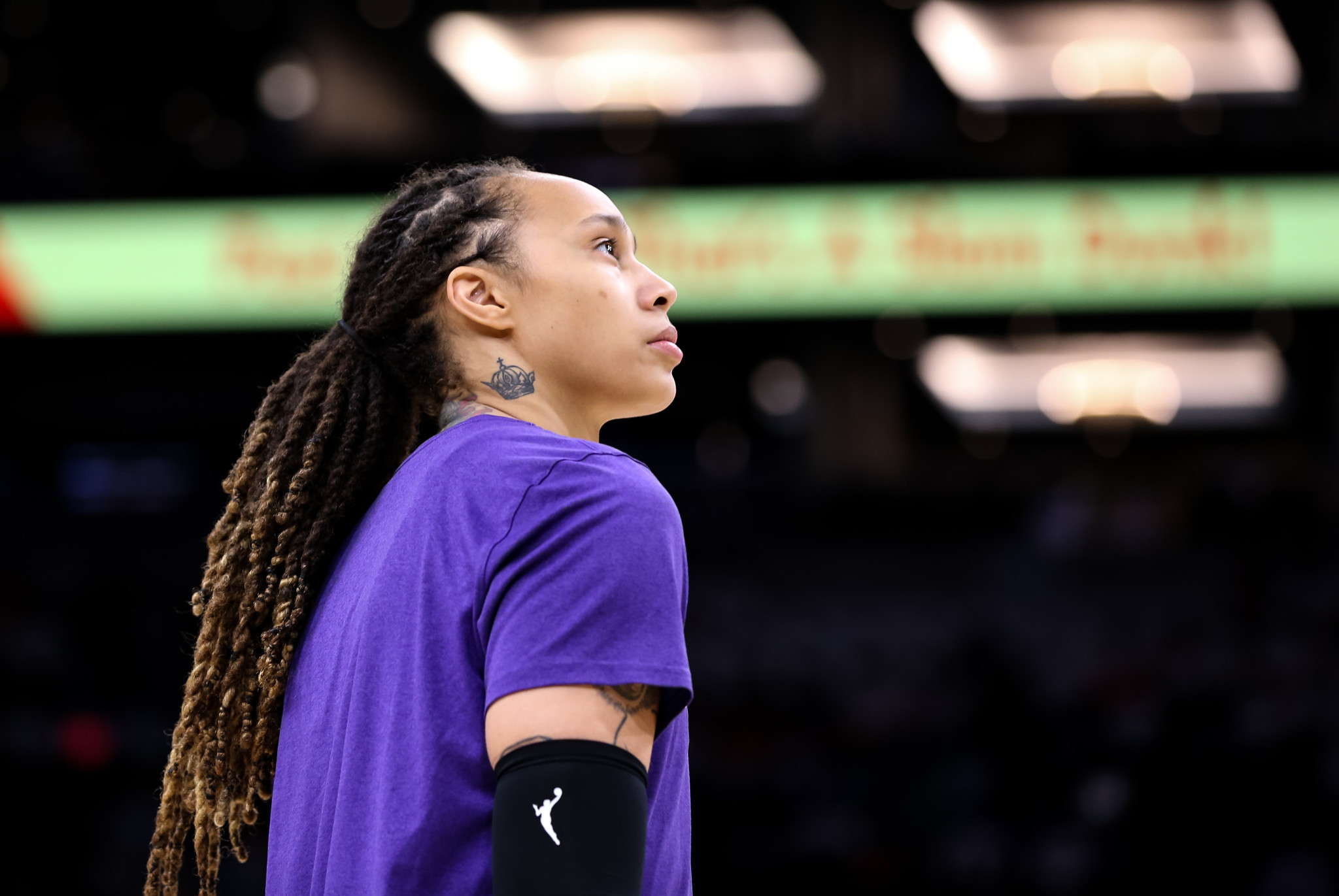 The United States has called on Russia to provide consistent and timely access to double Olympic basketball gold medallist Brittney Griner, who remains detained in the nation.

Griner was arrested at an airport in Moscow in February after Russian customs officials said they found she was in possession of vape cartridges containing hashish oil.

The US State Department has said Griner has been wrongfully detained and is seeking her release.

The drugs charge reportedly carries a sentence of up to 10 years in prison.

Ned Price, a spokesman for the State Department, has confirmed a consular officer has visited Griner, who was reported to be "doing as well as could be expected".

"I can confirm that a consular officer visited Brittney Griner in detention on Thursday May 19th," Price said at a State Department press briefing.

"The consular officer found her continuing to do as well as could be expected under these exceedingly challenging circumstances.

"But again, our message is a clear and simple one.

"We continue to insist that Russia allow consistent and timely consular access to all US citizen detainees.

"One-off visits are not sufficient, and we will continue to call on Moscow to uphold its commitments under the Vienna Convention for consistent and timely access as well."

IOC President Thomas Bach said the case was in the hands of the United States Olympic and Paralympic Committee, as well as the Women’s National Basketball Association.

Bach said the IOC had not been contacted about the case.

Griner’s detention comes at a time of increased tension between the US and Russia, following the latter’s invasion of Ukraine.

Griner is a seven-time All-Star centre for the Phoenix Mercury of the WNBA.

She was also a member of the US team that won the International Basketball Federation World Cup in 2014 and 2018.

Griner is the only woman in US college history to score 2,000 points and block 500 shots.

Griner has played in Russia during the WNBA offseason for several years, where she earns a salary of more than a $1 million (£755,000/€955,000), nearly five times what she can earn in the US.

She has represented UMMC Ekaterinburg since 2014 with team-mates Diana Taurasi, Sue Bird and Breanna Stewart.

UMMC Ekaterinburg are Russia’s dominant team, having won the national title for 13 consecutive years since 2009.

The WNBA has shown support for Griner with "BG42" added to the floors of all 12 teams in the league during the season, which began earlier this month.

The Phoenix Mercury have also been supporting the "BG Heart and Sole Shoe Drive", which was initially founded by Griner in 2016.

Griner began the project to donate shoes to unhoused people in the Arizona summer.