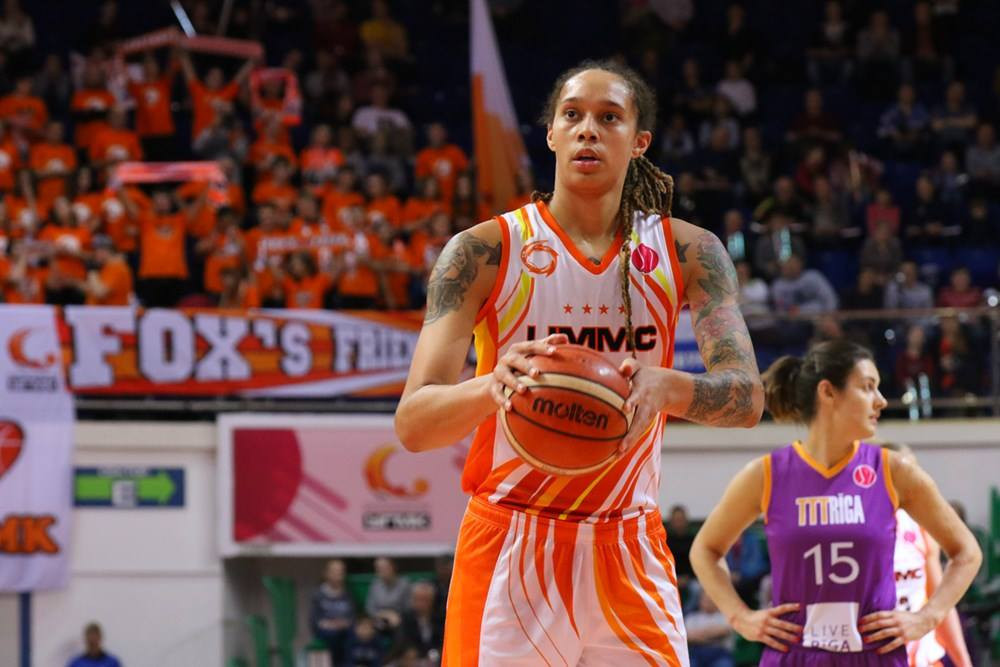 Double Olympic basketball gold medallist Brittney Griner has been detained in Russia for another month, with Russian officials reportedly claiming her arrest on charges of drug smuggling was based "on objective facts and evidence".

The Khimki City Court in Moscow has decided to extend the American basketball player’s pre-trial detention until June 18, according to Russia’s official state news agency TASS.

Griner was arrested at an airport in the Russian capital in February after Moscow customs officials claimed they found she was in possession of vape cartridges containing hashish oil.

The 31-year-old, a member of the US team that won Olympic gold medals at Rio 2016 and Tokyo 2020, has been in detention for 84 days and faces another month in custody as she awaits trail.

The American Government claimed earlier this month that Griner was being "wrongfully detained".

The drugs charge reportedly carries a sentence of up to 10 years in prison.

"The charges are serious, based on objective facts and evidence that is available," a statement from Russia’s Foreign Ministry said, per CNN.

"Attempts by the [United States] State Department to cast doubt on the validity of the detention of B. Griner are explained solely by the desire to influence justice by politicizing a generally understandable situation.

"The final point in this case should be made by the court."

US State Department spokesperson Ned Price said a US consular officer had been in contact with Griner.

"The officer was able to confirm that Brittney Griner is doing as well as can be expected under what can only be described as exceedingly difficult circumstances," said Price.

The Women's National Basketball Association (WNBA) said Griner’s detention extension "was not unexpected" and added that it was continuing to work with the American Government to secure her release.

It has also been reported that Russia is looking to exchange Griner in a prison swap with Viktor Bout.

Nicknamed the "Merchant of Death", Bout was arrested during a sting operation in Thailand in 2008 and extradited to the US where he was sentenced to 25 years in prison in 2012 for arms trafficking.

Griner is a seven-time all-star centre for the Phoenix Mercury of the WNBA.

Also a member of the US team that won the International Basketball Federation World Cup in 2014 and 2018, Griner is the only woman in US college history to score 2,000 points and block 500 shots.

Griner has played in Russia during the WNBA offseason for several years, where she earns a salary of more than a $1 million (£755,000/€955,000), nearly five times what she can earn in the US.

She has represented UMMC Ekaterinburg since 2014 with team-mates Diana Taurasi, Sue Bird and Breanna Stewart.

UMMC Ekaterinburg are Russia’s dominant team, having won the national title for 13 consecutive years since 2009.