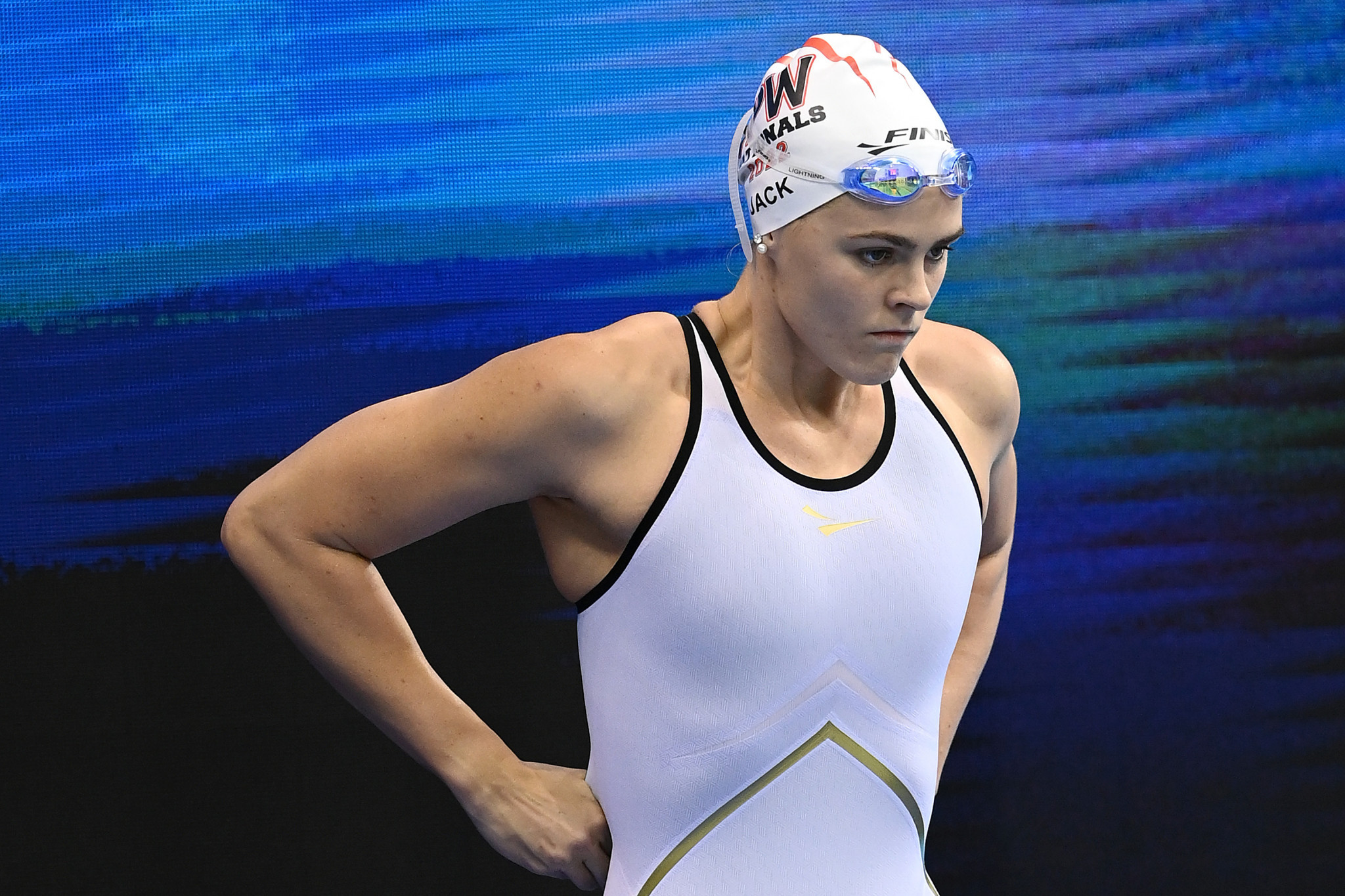 Shayna Jack has qualified for this year's Commonwealth Games as the Australian swimmer continues her comeback from a doping ban.

Jack finished second in the 100 metres freestyle at the Australian Swimming Championships in Adelaide, a result which is a guarantee of a place in the Australian team at Birmingham 2022.

It also assures Jack of a spot in Australia's team for the World Championships in Budapest.

Emma McKeon won the event at the Tokyo 2020 Olympics, so is already guaranteed a place in the Australian team for Birmingham 2022 despite skipping the National Championships.

The race's top two are expected to join her.

Mollie O'Callaghan won the race in Adelaide in 52.49sec, the fastest time of the year.

Jack, a member of Australia's 4x100m freestyle team that won gold at the Gold Coast 2018 Commonwealth Games in a world-record time, was suspended for four years after a sample she provided in an out-of-competition test in June 2019 was found to have contained ligandrol, a banned selective androgen receptor modulator (SARM) which can stimulate muscle growth.

The Court of Arbitration for Sport (CAS) halved the ban when it ruled she had not intentionally taken a prohibited substance.

The World Anti-Doping Agency and Sport Integrity Australia appealed against that, seeking reinstatement of a longer sentence, but the CAS threw out those appeals in September 2021, freeing Jack to resume her competitive swimming career.

Jack has consistently protested her innocence and at one stage claimed that cross-contamination could have caused her positive drugs test.

Pop star Cody Simpson also looks to have booked a place on the Australian swim team for Birmingham 2022, and perhaps the World Championships, after coming third in the men's 100m butterfly in 51.96.

That matches the International Swimming Federation qualifying time for the World Championships, although Olympic champion Kyle Chalmers has indicated he may now compete in Budapest rather than skip the event, leaving Simpson's place in jeopardy.

Simpson played a prominent role in the Gold Coast 2018 Queen's Baton Relay, taking the message out of Buckingham Palace in London when the procession was launched.

Australia's 46-strong swimming team for the Commonwealth Games is due to be formally named after the conclusion of the National Championships.

The event runs until Sunday (May 22).