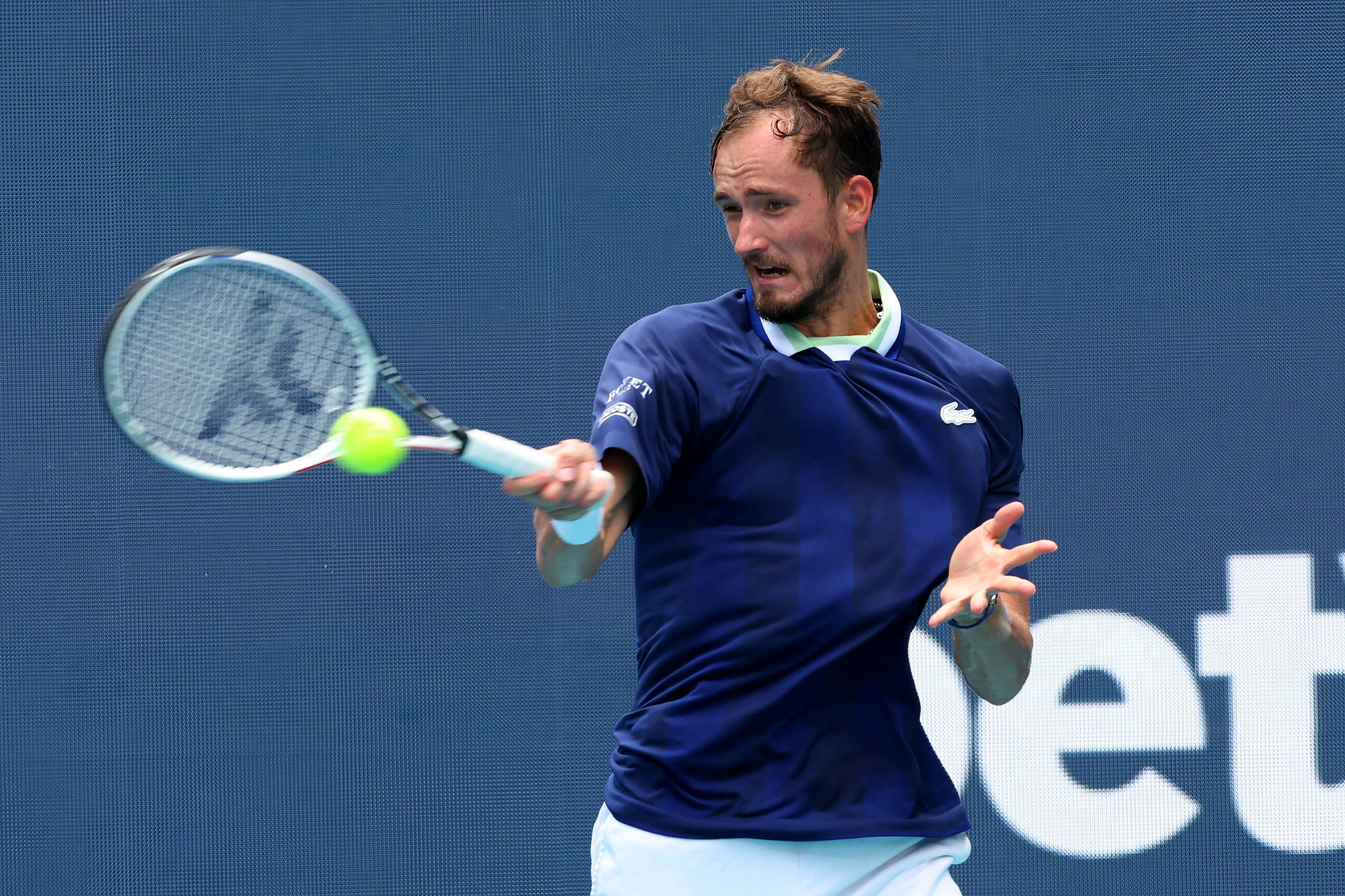 World number two Daniil Medvedev has admitted that he can understand why Wimbledon has banned Russian tennis players from taking part in this year’s tournament, but he still does not think it is fair.

The All England Lawn Tennis Club (AELTC), which runs Wimbledon, caused controversy last month when it announced that Russian and Belarusian players would be barred from competing at this year’s event following the invasion of Ukraine.

AELTC chairman Ian Hewitt claimed the organisation had "no viable alternative" to impose the blanket ban which has been criticised by both the Association of Tennis Professionals (ATP) and the Women’s Tennis Association.

"On the one hand, I can understand it and, on the other, I find it unfair," the US Open champion told Swiss newspaper Tribune de Geneve.

"This is a tricky situation because it sets a precedent and puts other sports competitions in an uncomfortable position.

"Where is the line located?

"What are the rules that should lead to a possible exclusion?

"Having discussed this with the ATP, we tennis players are considered by law to be self-employed.

"Currently in the United Kingdom, Russian self-employed workers have the right to work.

"So, if I have the opportunity to play Wimbledon, I'd be delighted.

"If not, I would accept [the decision]."

Wimbledon, which is due to open on June 27, could be stripped of its ranking points by the ATP in response to the decision to exclude players from Russia and Belarus.

"I was far from the circuit, and I am not part of the [ATP] Players Council," Medvedev, whose best performance at Wimbledon was reaching the fourth round last year, said.

The 26-year-old Medvedev followed his US Open victory in New York City by reaching the final of the Australian Open in Melbourne for the second consecutive year, but was beaten by Spain’s Rafael Nadal having lost to Serbia’s Novak Djokovic in 2021.

His form since the Australian Open has been disappointing, but Medvedev is confident he is getting back to his best before the French Open, which is due to start in Paris on Sunday (May 22).

"It was by taking that break and recovering mentally that I realised how trying the end of the 2021 season had been," Medvedev, a quarter-finalist at last year’s French Open, told Tribune de Geneve.

"After my title at the US Open, I played very well.

"I was moving forward almost automatically, and I was earning a lot.

"But it can't last forever, especially when you only have a week-and-a-half of vacation.

"But now it's better.

"I am motivated, I notice that I am getting back into good habits, I train hard."