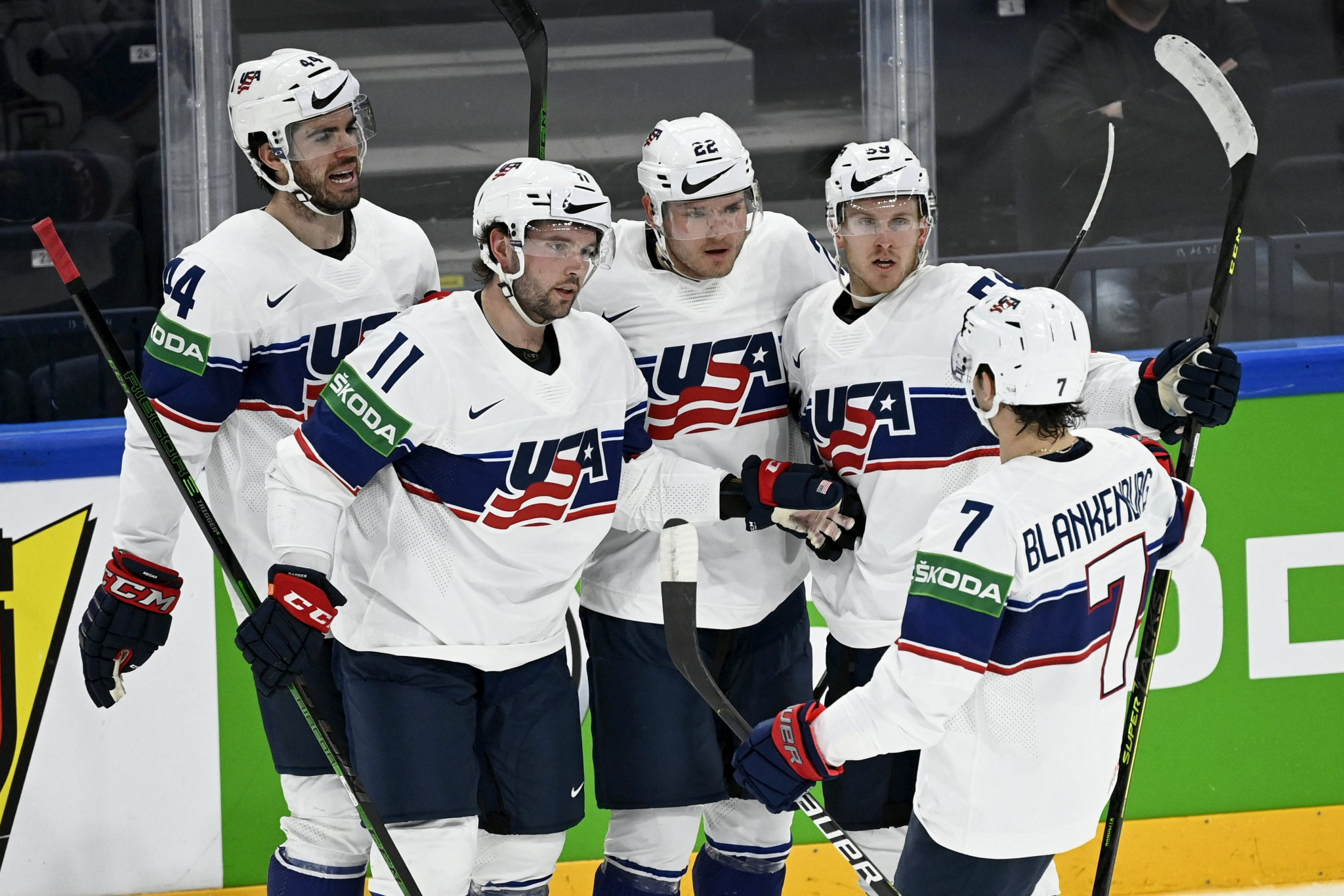 Austria and France were added into the tournament following the exclusion of Belarus and the Russian Olympic Committee due to the invasion of Ukraine.

Austria have sought to defy predictions they would struggle in Group B, opening the tournament with a 3-1 loss to Sweden before facing the US today.

A shock result appeared on the cards when Paul Huber gave Austria a 2-0 lead in the 35th minute at the Nokia Arena in Tampere, adding to a first period strike from Benjamin Nissner.

The deficit was reduced within 17 seconds, as Kieffer Bellows struck for the US to begin a comeback.

Adam Gaudette equalised for the US in the third period to force overtime, where Hughes struck to complete a hard-fought 3-2 win.

The overtime win places the US third in the Group B standings on five points, while Austria earned their first point of the competition to lie sixth.

A shootout was required to separate Norway and Britain after a dramatic contest.

Norway took a 3-0 lead in the match through Andreas Klavestead and a brace from Mathis Olimb.

The overtime period ended scoreless, with Norway then edging a shootout 2-1 to earn victory.

Norway are fifth in the standings on two points, while Britain lie seventh on one.

Sweden joined Olympic champions Finland at the top of the Group B standings by earning their second win, overcoming the Czech Republic 5-3.

Rasmus Asplund scored twice in Sweden’s victory to move the team onto six points, with the Czech Republic lying fourth on three.

Switzerland recorded a 6-0 win over Denmark today, while Canada secured a 6-1 triumph against Italy.

France battled to a 2-1 win over Kazakhstan in the third group match of the day.

The result sees France join Denmark, Slovakia and Germany on three points, with the teams all having one win and a defeat from their opening two matches.