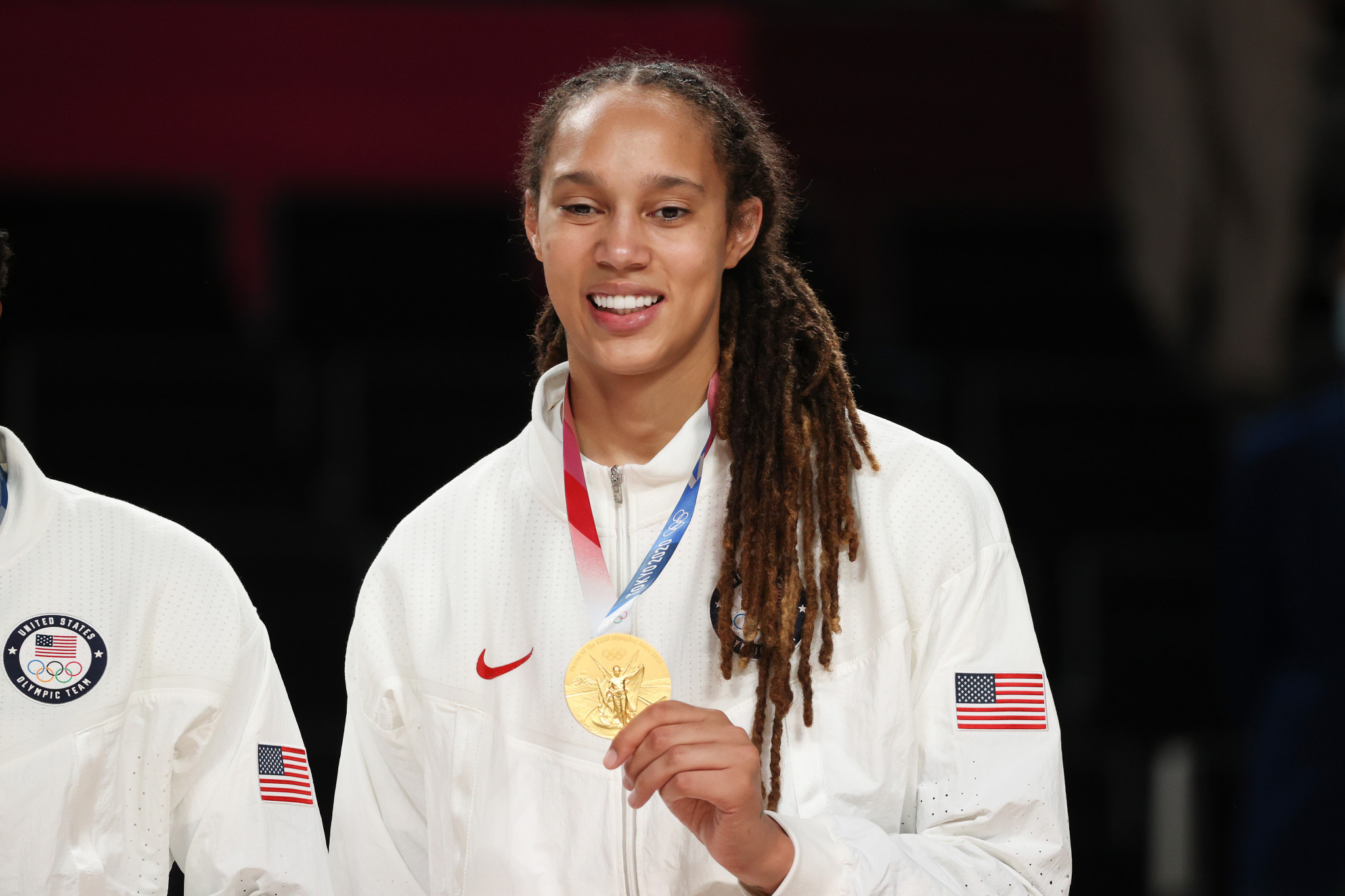 The arrest came as tensions between Moscow and the West have soared over Russia's invasion of Ukraine.

The Russian Federal Customs Service announced in a statement that an inspection of hand luggage carried by a United States citizen who arrived on a flight from New York City on an unspecified date in February confirmed the presence of narcotic drugs.

The statement did not identify the jailed woman but said she was "a member of the US National Basketball Association, a two-time Olympic basketball champion in the US team".

The Customs Service said the detained woman faces a potential jail term of five to 10 years.

USA Basketball officially revealed that it was the 31-year-old Griner, a member of the US team that won Olympic gold medals at Rio 2016 and Tokyo 2020.

USA Basketball is aware of and closely monitoring the legal situation facing Brittney Griner in Russia. Brittney has always handled herself with the utmost professionalism during her long tenure with USA Basketball and her safety and wellbeing are our primary concerns.

They said on Twitter that it was "aware of and closely monitoring the legal situation facing Brittney Griner in Russia".

It added: "Brittney has always handled herself with the utmost professionalism during her long tenure with USA Basketball and her safety and well-being are our primary concerns."

The 6ft 9in Griner is a seven-time all-star centre for the Phoenix Mercury of the Women's National Basketball Association (WNBA).

"We love and support Brittney, and at this time our main concern is her safety, physical and mental health, and her safe return home," Phoenix Mercury said in a statement.

Griner, also a member of the US team that won the International Basketball Federation World Cup in 2014 and 2018, is the only woman in US college history to score 2,000 points and block 500 shots.

UMMC Ekaterinburg are Russia’s dominant team, having won the national championship for 13 consecutive years since 2009.

Lindsay Kagawa Colas, Griner’s agent, claimed that she remained in close contact with Griner, her legal representation in Russia, her teams in both countries and the WNBA.

"As this is an ongoing legal matter, we are not able to comment further on the specifics of her case, but can confirm that as we work to get her home, her mental and physical health remain our primary concern," she said.

She was among several leading names from the US, Great Britain and other European countries the group alleged had taken banned drugs.

The documents released, however, related to "therapeutic use exemptions" (TUE) obtained by the athletes from various sporting bodies.

There was no suggestion of wrongdoing by the athletes.

The following year they were arrested on charges of assault and disorderly conduct after police responded to a fight between the two in their home in Phoenix.

Both had sustained some injuries.

The WNBA suspended Griner and Johnson for seven games each after Griner pled guilty to disorderly conduct charges.

The pair still married but split up after less than a month together.