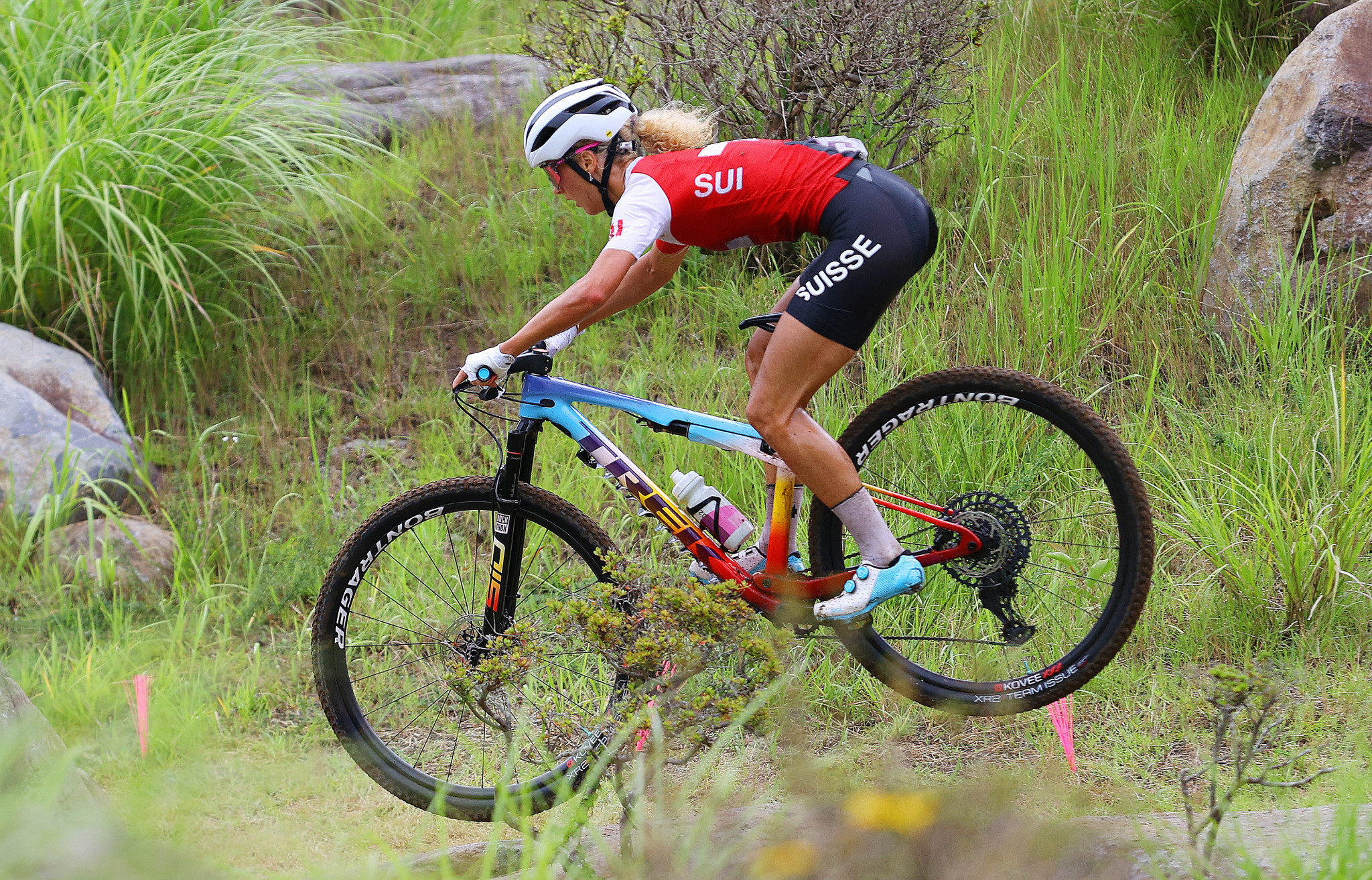 Schwarzbauer emerged as the winner of the 11-lap men’s race, where the top 10 were separated by four seconds.

The Canyon CLLCTV rider crossed the line for the penultimate time level with Switzerland’s Filippo Colombo and Romania’s Vlad Dascalu, while Britain’s Tom Pidcock was one second in arrears.

Schwarzbauer edged ahead of his rivals in the final lap to cross the line in a winning time of 22min 40sec.

Olympic mountain bike champion Pidcock finished as the runner-up at two seconds down, with Colombo completing the top three.

Dascalu finished on the same time in fourth.

Nino Schurter remains top of the men’s World Cup standings after his ninth place finish, with the Swiss cyclist having secured 572 points across the three rounds to date.

France’s Maxim Marotte and Colombo followed on 381 and 366 respectively, while Pidcock is sixth on 350 points after missing the opening event of the season.

Pidcock will seek his second successive win in the Olympic distance event on Sunday (May 15) in a bid to close the gap to Schurter at the top of the standings.

That was a FULL GAS #MBWorldCup short track race!@Tompid did a great job, taking second place to bag some key points and a front row start for Sunday's race 👏👏👏 pic.twitter.com/im0raaS9p2

Olympic champion Neff was triumphant in the women’s short track event, emerging as the winner of the nine-lap race in a time of 21:01.

The Swiss star finished one second clear of Australia’s Rebecca McConnell and Sweden’s Jenny Rissveds, who completed the top three.

Switzerland’s Sina Frei and France’s Loana Lecomte were also one second off the pace, ending fourth and fifth respectively.

The result extended McConnell’s advantage at the top of the overall World Cup standings, with the Oceanian champion moving on to 685 points.

The Netherlands’ Anne Terpstra and Lecomte complete the top three in the World Cup standings following the short track race, having secured 408 and 386 points to date.

McConnell will seek to maintain her unbeaten start to the Olympic distance season on Sunday (May 15).

Under-23 races are set to be contested tomorrow.