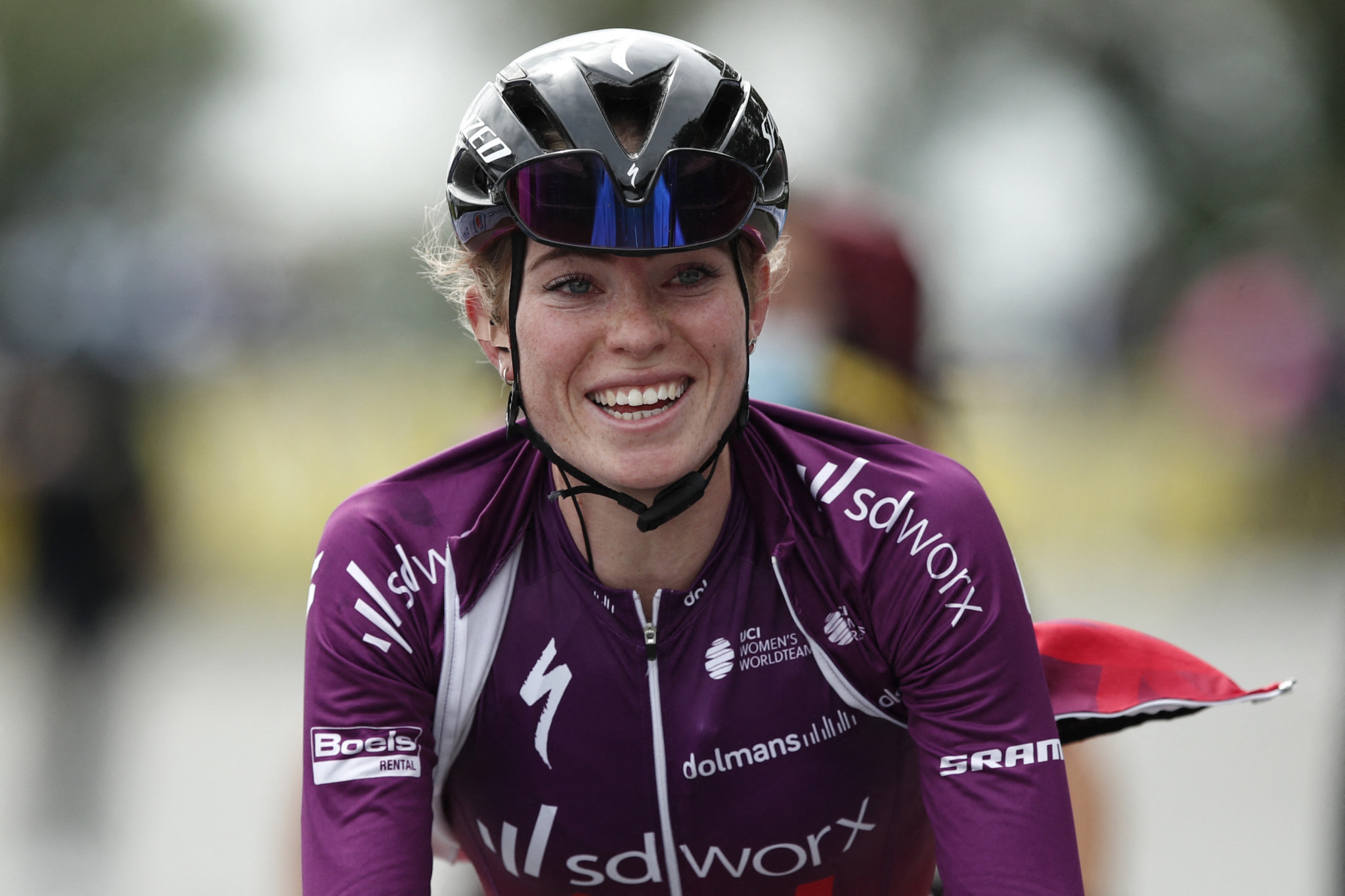 The Netherlands’ Demi Vollering earned victory on the first stage of Itzulia Women in Labastida, as organisers issued an apology after the race director suggested they had almost been forced to hold a women's race.

Vollering had formed part of the breakaway group on the stage with SD Worx team-mate Ashleigh Moolman-Pasio of South Africa, as well as Dutch cyclist Lucinda Brand and Switzerland’s Elise Chabbey.

The quartet were caught by the peloton with 20 kilometres of the 105.9-kilometre hilly route from Vitoria-Gasteiz to Labastida remaining.

Vollering would again feature in an attack with 10km remaining, joining the United States’ Kristen Faulkner and the Netherlands’ Pauliena Rooijakkers.

The trio were able to build an advantage, with an uphill sprint finish determining the stage winner.

Rooijakkers finished second on the same time, with Faulkner crossing two seconds behind in third.

The peloton crossed the line 41 seconds after the stage winner.

Vollering will take a six-second lead into the second stage over Rooijakkers, with the SD Worx rider having earned bonus seconds in the intermediate sprint and by triumphing at the finish.

The second of three stages will start and finish in Mallabia after a 117.9km route.

The race is the women’s equivalent of the men’s Tour of the Basque Country.

The official implied the organisers had almost been forced to organise a women’s race "as a matter of fashion."

"We have almost been forced to organise it," Eraso said in comments reported by El Español.

"This is a matter of fashion.

"Everyone says that you have to do things for women's sport and it has also touched cycling."

A statement was issued by race organisers to apologise for the "unfortunate comments."

"The Itzulia Women was born of the need to recover a great women’s stage race in the Basque Country following the disappearance of the Emakumeen Bira and the consecrated success of the first two editions of the women’s Clasica San Sebastian," the statement read.

"The aim of the organisation was and is to promote women’s cycling in the Basque Country and respond to the express vocation of our institutional partners (City Councils, Provincial Councils and the Basque Government).

"Our support and commitment as an organisation to women’s cycling are unequivocal.

"The organisation regrets any misunderstanding and unease generated and hopes that the unfortunate comments made by Julian Eraso, President of OCETA, on Radio Marca Bilbao, do not tarnish the excellent progress made by the arrival of the Itzulia Women amongst the ecosystem of races that make up the international women’s cycling calendar."