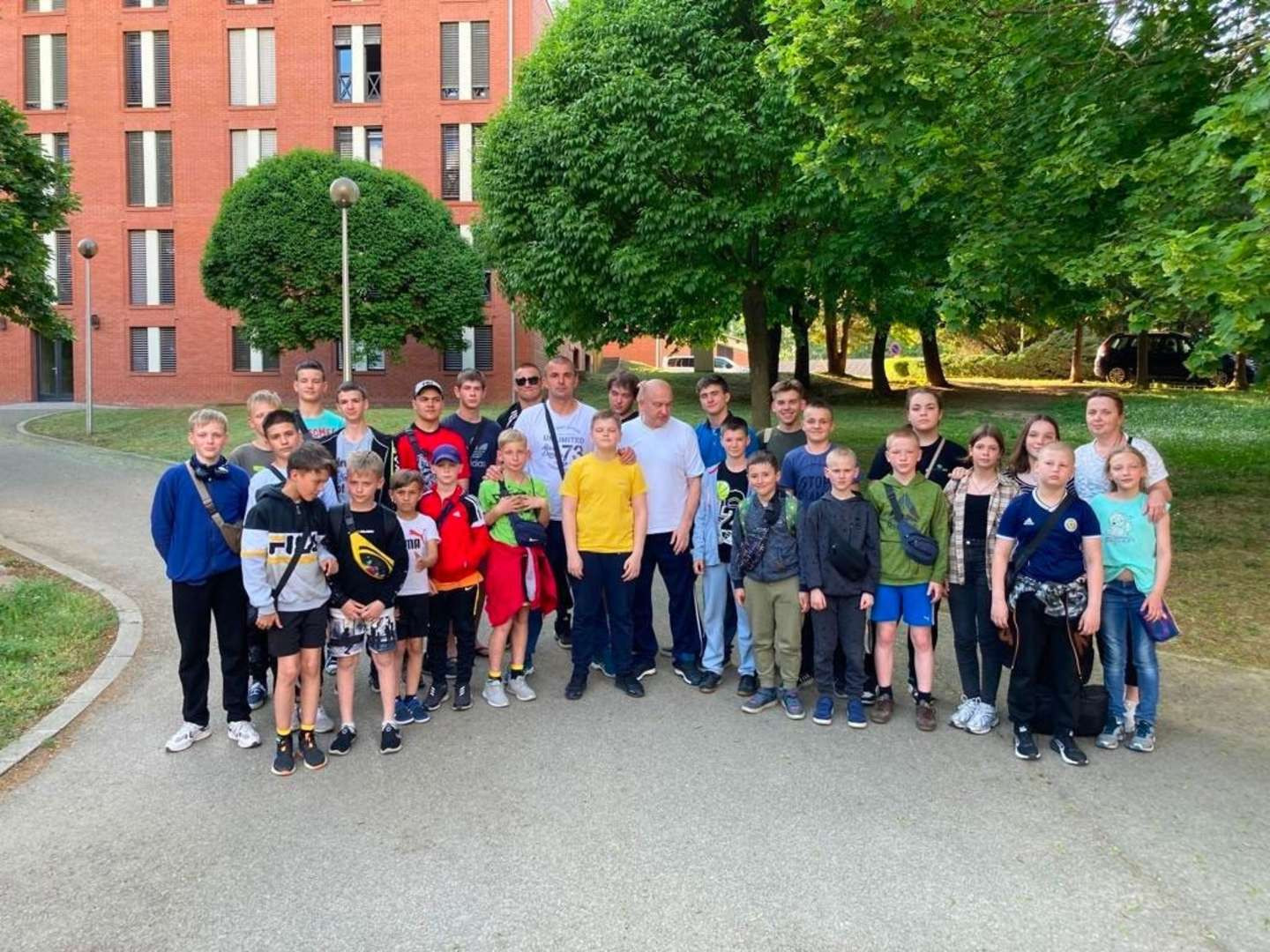 The International Judo Federation (IJF) has helped a further 300 Ukrainian children find refuge after launching a campaign to provide assistance to those evacuating the war-torn country.

The IJF has announced that the refugees that also include 20 judo coaches have arrived in Hungary after receiving support from the country’s Government and the Hungarian Judo Association (HJA).

The efforts come after the IJF set up the "No Borders" campaign bringing together judo clubs which want to help young refugees in response to Russia’s invasion of Ukraine.

HJA President Lazslo Toth revealed that many of the young judoka had lost their homes due to the bombardment in Ukraine.

"We have located three hundred children between the ages of seven and 17, all judoka," said Toth.

"Many have not only lost their homes but also lived in the cities devastated by the bombings in Ukraine.

"The youngsters will be accompanied and escorted by 20 adults, all judo coaches.

"This is a very important step, because it goes beyond offering financial aid.

"We are talking about saving lives, securing them and supporting them for the future."

The IJF claimed that the "riskiest part" of the evacuation was to get the children and their companions out of Ukraine through the Hungarian border.

After the refugees arrived n Hungary, the IJF said it was now focused on "rebuilding broken lives".

Toth thanked IJF President Marius Vizer for coming up with the idea and Hungarian authorities for their assistance in the operation to relocate the Ukrainian children.

"We are grateful to the office of the Prime Minister and the Ministry of Sport for their rapid action," he said.

"Now that the European Union has announced the creation of a rapid reaction force, the Hungarian Government's response was immediate.

"In such a short space of time in a critical situation due to an armed conflict, we experienced an absolute synergy.

"I have done many things, organised numerous tournaments and events but I have never done something like this.

"For me it is an honour and a moral obligation."

It is not the first time the IJF has pulled off such a move having evacuated 300 children and 27 coaches from Ukraine last month.

Another 37 Ukrainian judoka have also found homes in Germany thanks to the support of the IJF.

Vizer claimed the latest efforts to help transport children to Hungary were a "tangible example of the judo values which guide us in all our endeavours".

"I am glad that we are able to offer these children and young people a safe environment, where they can live with some normality and continue to focus on judo, until the situation in their country improves," said Vizer.

"Our teams worked in perfect synergy with maximum efficiency and I continue to be impressed by the solidarity and human compassion on display here in Hungary for all Ukrainian refugees."