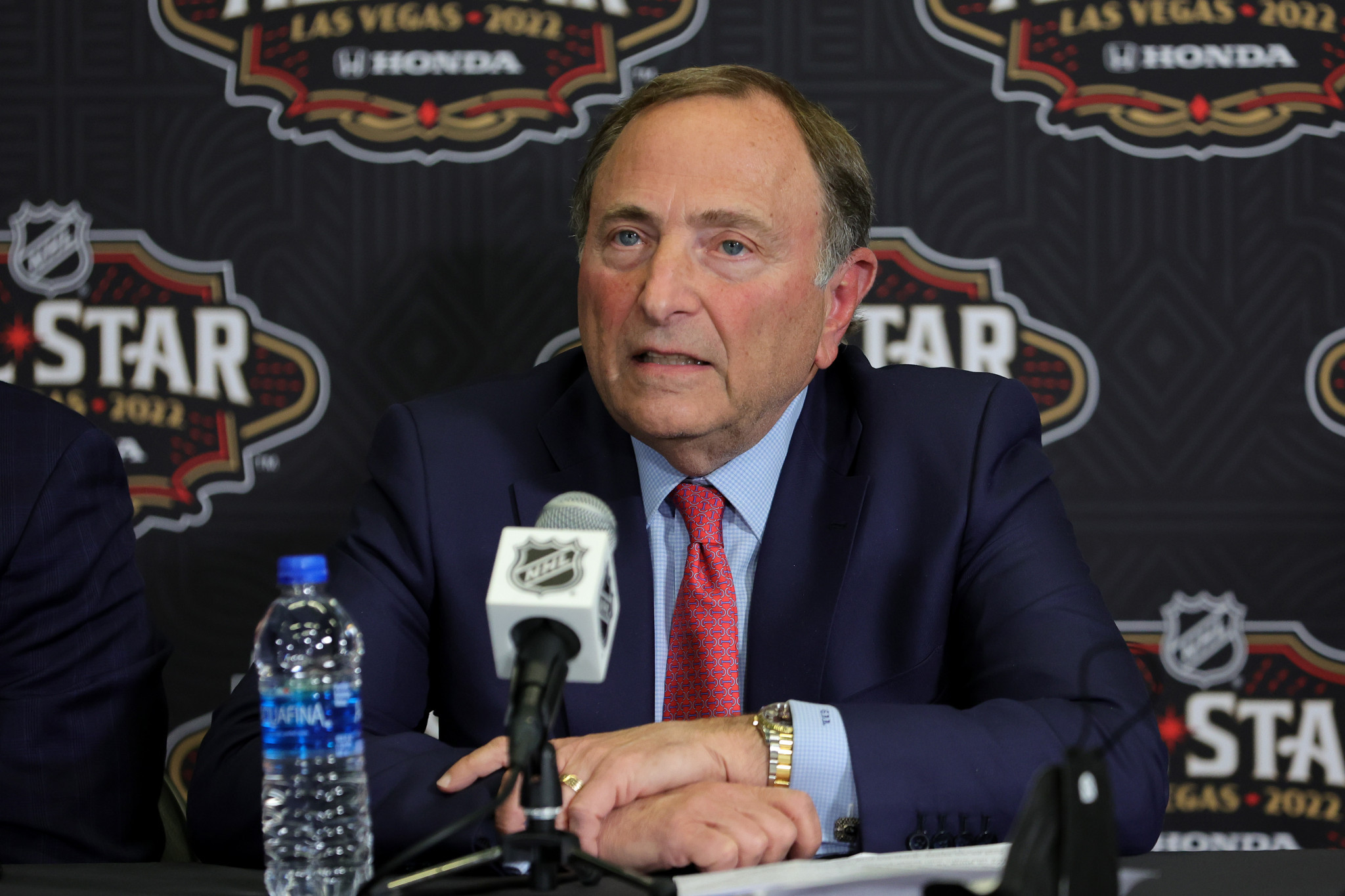 Bettman also said no decision has been made on whether Russia will be invited to participate in the World Cup of Hockey, an international tournament arranged by the NHL and planned to be held at some point before the Milan Cortina 2026 Winter Olympics.

The NHL, based in the United States and Canada, ordered its teams to cease contact with Kontinental Hockey League (KHL) clubs and Russia-based agents in March as part of the suspension of an agreement between the leagues in response to the war in Ukraine.

However, it has not banned Russian players from competing in the NHL and more could soon join the competition's ranks.

"We severed our business ties, which involved forgoing many millions of dollars.

"I think it’s fair to point out our players play for their NHL teams, they’re not playing for Russia.

"They’re in a pretty difficult situation, particularly those that have family back in Russia.

"That may be hard for a lot of people to understand, but it’s a reality I think you can’t lose sight of."

The NHL Draft is due to be held on July 7 and 8 in Montreal.

Alexander Ovechkin is perhaps the best-known of the NHL's Russian players and a three-time winner of the Hart Memorial Trophy, given to the league's most valuable player.

The vast majority of International Federations have levied sanctions against Russia because of the invasion of Ukraine, including the International Ice Hockey Federation (IIHF).

The IIHF has banned Russia and Belarus from international competitions and stripped Russia of hosting rights for the 2023 World Championship and World Junior Championship.

Multiple non-Russian teams have left the KHL because of the war in Ukraine, while some event organisers have banned Russian and Belarusian athletes outright.

This includes the All England Lawn Tennis Club, organiser of tennis Grand Slam Wimbledon, despite the Women's Tennis Association and Association of Tennis Professionals allowing such players to compete on their tours as neutrals.

Matilda Bogner, the head of the United Nations human rights monitoring mission in Ukraine, has warned the civilian death toll "is thousands higher" than the official count of 3,381.

More than 5.7 million refugees have fled Ukraine since Russia, backed by Belarus, launched a full-scale military assault on February 24.