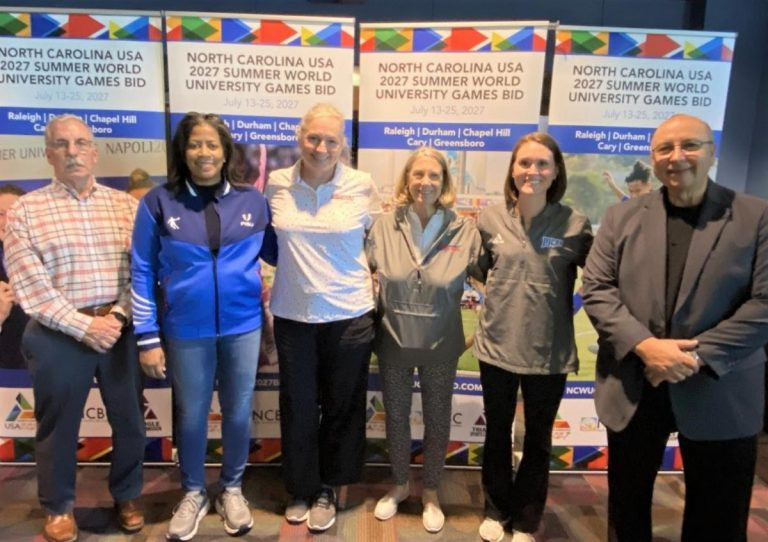 North Carolina’s push to stage the 2027 Summer World University Games bid process has taken its next step following an official visit from the United States International University Sports Federation (USIUF) Board of Directors.

It was the first of three visits that the USIUF plans to make.

The event acts and a qualification competition for US swimmers trying to qualify for the International Swimming Federation World Championships in Budapest.

Lawson claimed gold at the 1981 World University Games in Beijing, while Brown took a bronze in swimming at the 1971 edition in Bucharest in Romania.

North Carolina is battling against Chungcheong of South Korea to hold the World University Games and a final decision has been set for October.

"People are looking to come back to the United States,” O’Meally said, according to American sports website Wral Sports Fan.

“They want to come here.

"They want to be a part of what we do here.

“We do college sports so well here."

If the US is chosen it will be the first time it has held the summer edition of the event since Buffalo staged the 1993 version.

The Games is planned to unite over 7,000 college athletes from over 150 countries.