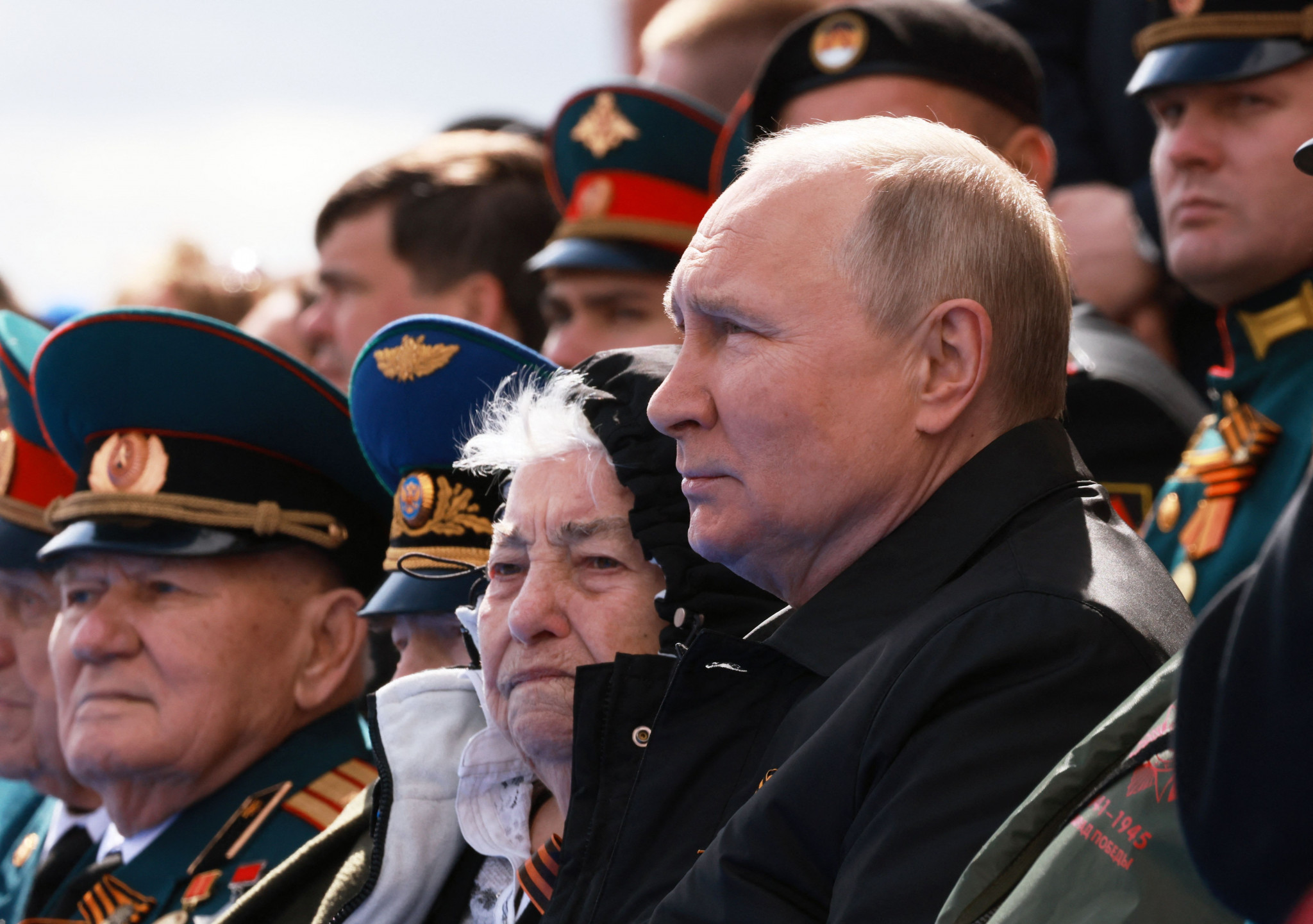 The Moscow Victory Day Parade is held annually on Red Square, with the event commemorating Nazi Germany’s surrender to the Red Army in 1945.

Putin claimed during his speech today that troops were fighting "neo-Nazis" and for the security of Russia.

The Russian President claimed the conflict in Ukraine had been caused by the North Atlantic Treaty Organization (NATO), alleging there had been plans to invade "historical lands" such as Crimea.

Putin claimed Russia had given a "pre-emptive rebuff to aggression".

The parade, which was reportedly scaled down compared to previous years, was claimed by the Russian Government to have featured 33 units.

Nagornyy, who also won all-around and horizontal bar bronze medals as part of the Russian Olympic Committee team last year, has been the head of the movement since 2020.

"When I told them that I would take part in the Victory parade and lead the Yunarmiya crew, they burst into tears."

The gymnast was pictured on social media with a military veteran, appearing to hold an invitation with the controversial "Z" symbol.

The letter Z is now regarded as a militarist symbol in Russia, deriving from the letter being used by the Russian Armed Forces to differentiate allied tanks.

Numerous Russian sportsmen and women were previously seen at an event at the Luzhniki Stadium on March 18, which marked the 10-year anniversary of Russia annexing the formerly-Ukrainian territory of Crimea.

Photographs showed gymnasts Dina and Arina Averina and four Russian figure skaters on stage in an arena, with their medals while wearing the Z symbol.

Rylov was banned for nine months by the International Swimming Federation for his attendance at the event, while Bolshunov has lost sponsorship deals.

Russian gymnast Ivan Kuliak is facing an International Gymnastics Federation ban for wearing the Z symbol on the podium at a Gymnastics World Cup event in March.

The competition was one of the final events featuring Russian athletes across numerous Olympic sports, with the majority of International Federations having followed an International Olympic Committee recommendation to exclude Russia and Belarus from events.

At least 3,381 civilians have been killed in Ukraine since the conflict began, according to the United Nations.

A Russian bomb attack on a school in the east of Ukraine on Saturday (May 7) killed 60 people, according to Ukrainian President Volodymyr Zelenskyy, who has accused Russia of carrying out war crimes.