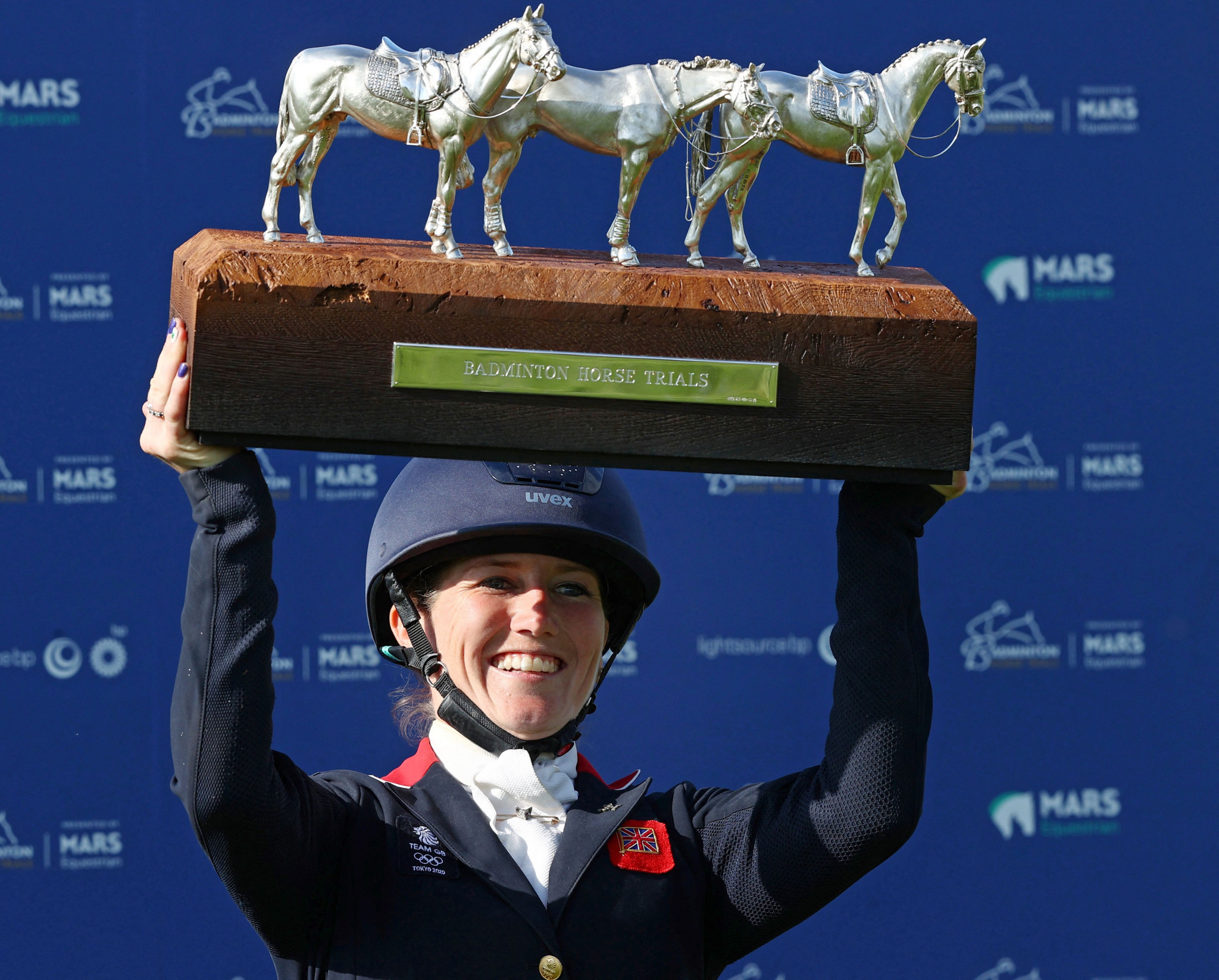 British Olympic gold medallist Laura Collett posted a record score of 21.4 on her way to winning the Badminton Horse Trials.

Riding London 52 in the park of Badminton House in England, Collett collected 21 penalties on her way to placing first in the dressage element, no penalties in the cross-country, and only a 0.4 time penalty in the show jumping.

"That horse is amazing," Collett- a team event champion at Tokyo 2020 - said afterwards.

"He jumped his socks off.

"I couldn’t see a distance anywhere but he just got higher and higher."

Former world champion Ros Canter of Britain on Lordships Graffalo was faultless in the cross-country and jumping, so finished with the 26 penalties amassed in the dressage.

That was good enough for second place.

Oliver Townend on Swallow Springs completed the first British one-two-three at the Badminton Horse Trials since 2002 with 29.7 penalties.

David Doel with Galileo Nieuwmoed came sixth with 33.6, followed by Kitty King on Vendredi Biats on 34.0.

Austin O’Connor of Ireland was the top non-Briton, scoring 36.3 on Colarado Blue.