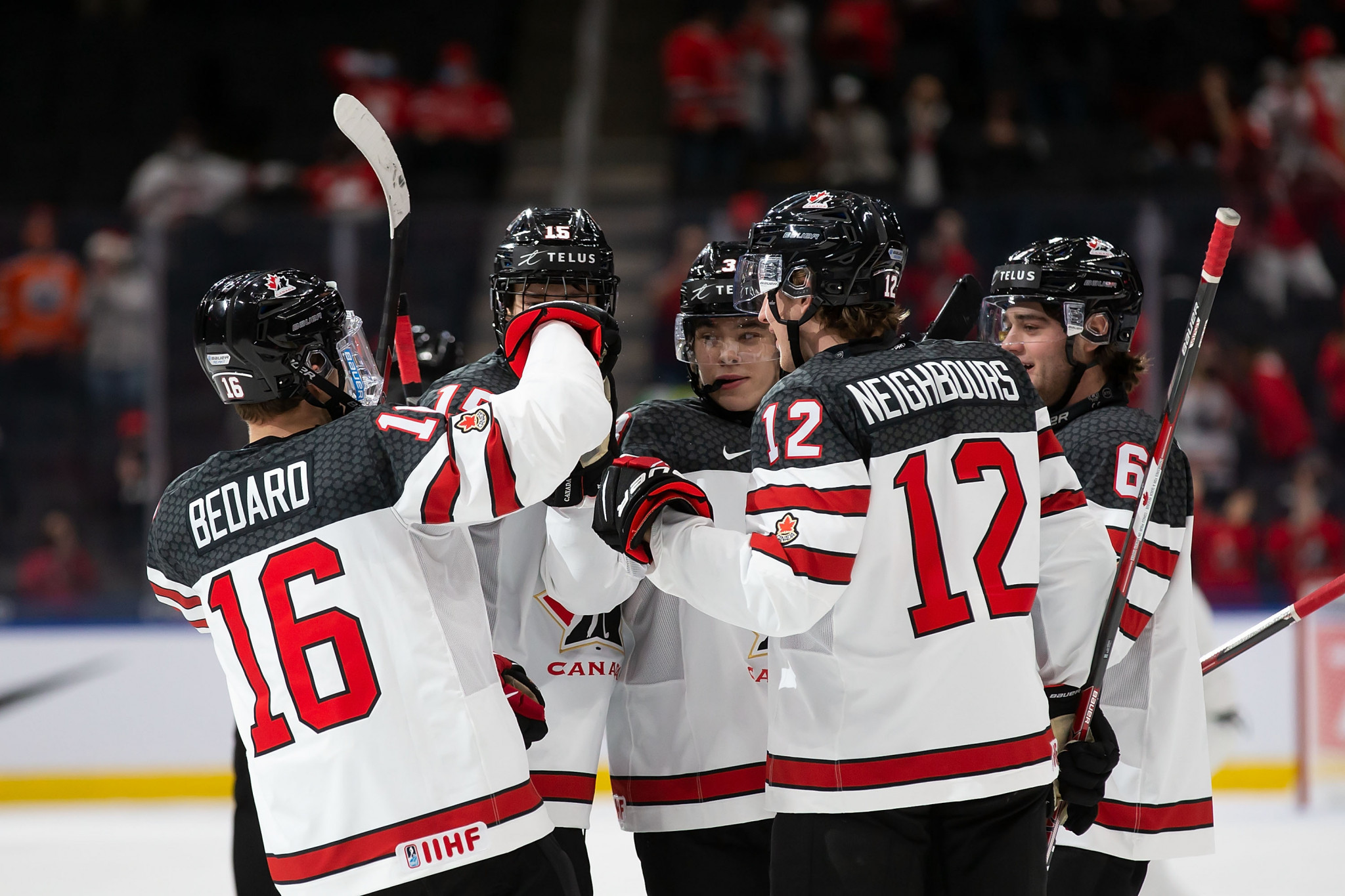 Canada is to host the 2023 edition of the International Ice Hockey Federation (IIHF) World Junior Championship - a tournament Russia was stripped of the right to stage due to the war in Ukraine.

Halifax and Moncton have been selected as venues for the men's under-20 event, which now set to be held in Canada for back-to-back editions.

The 2022 IIHF World Junior Championship, which began in December of last year, had to be cancelled because of a mass COVID-19 outbreak, but is now due to be played in August.

Matches are set to take place at Halifax's Scotiabank Centre and Avenir Centre in Moncton.

"Hosting the World Juniors twice in less than six months is a unique opportunity for our organisation and Canadian hockey fans, and with the IIHF’s need to find a host, we were in the position to entertain bids from passionate hockey communities across the country," Hockey Canada President and chief operating officer Scott Smith said.

"We appreciate the hard work and efforts put forth by the provinces of Nova Scotia and New Brunswick, and we strongly believe in the plans they have in place to host a successful event in Halifax and Moncton.

"We know the work of the host committees and volunteers will leave a lasting impression on each community, the competing teams and the fans who will travel to experience this best-on-best competition."

We did it! The IIHF World Junior Championship is coming to Moncton and Halifax!#WorldJuniors 🏒🥅🎉 https://t.co/s7G9QcvLdY pic.twitter.com/XEM8LWKSLl

"I commend Hockey Canada for finding two great hosts in such a short amount of time, and am looking forward to the 2023 IIHF World Junior Championship."

Russia will be absent from both the 2022 and 2023 World Junior Championships, with all Russian national teams suspended from IIHF competitions in response to the invasion of Ukraine.

Belarus' national teams have received the same sanction, with Belarus supporting the military operation in Ukraine.

According to the United Nations, at least 3,280 civilians have been killed in Ukraine since the full-scale invasion began on February 24, but the true figure is feared to be far higher.

More than 5.6 million people have fled Ukraine in that time.

Nova Scotia Premier Tim Houston claimed the province "is thrilled to be selected to host the 2023 World Juniors, which will be the best tournament to date".

New Brunswick counterpart Blaine Higgs added that the "world-class event will showcase our province and our region, and we will provide an unforgettable experience for both New Brunswickers and those visiting."