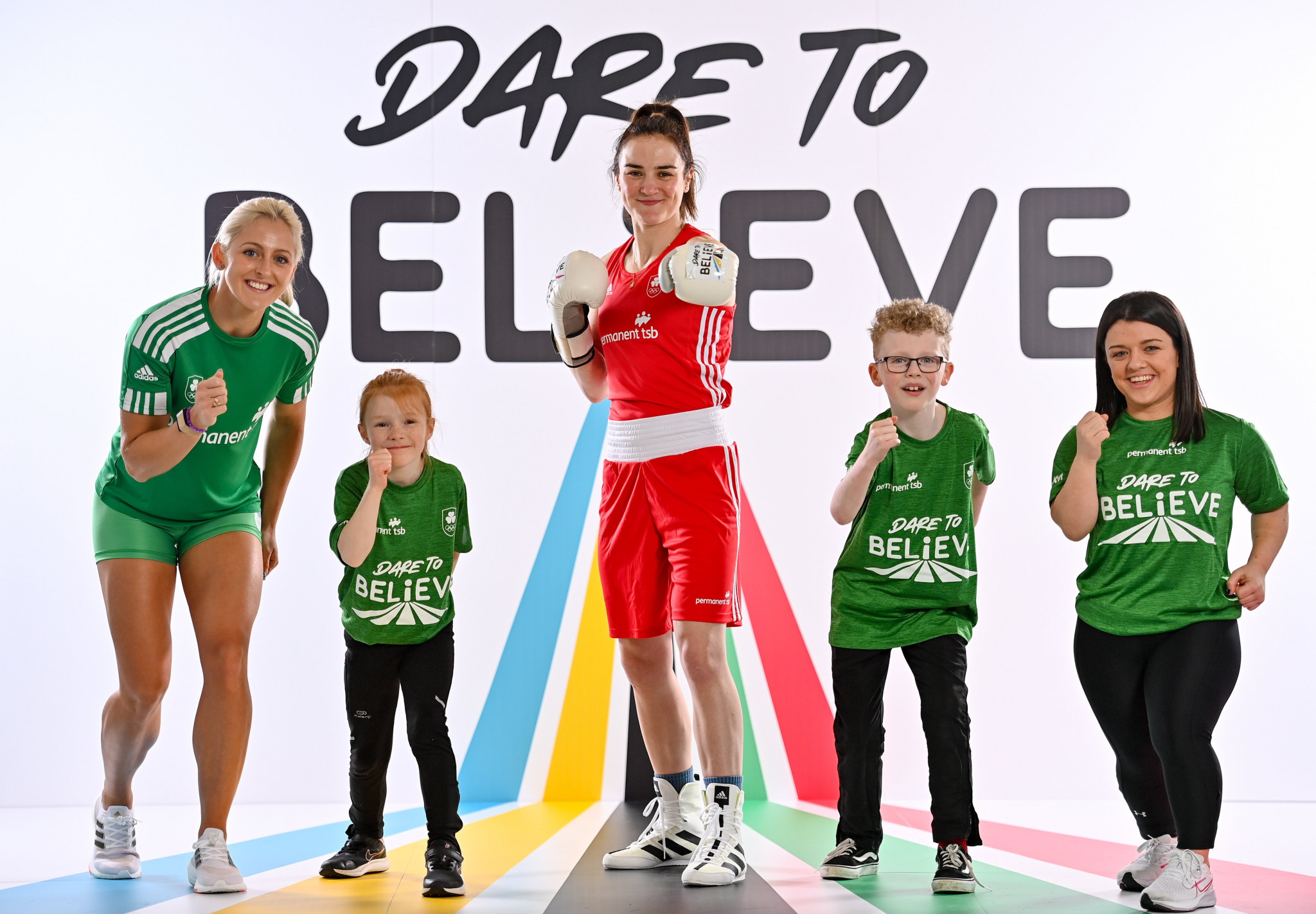 Irish bank Permanent TSB has been announced as the sponsor of Olympic Federation of Ireland schools programme "Dare to Believe".

The Dare to Believe programme was originally launched in 2019 with the aim of bringing the Olympic Games and Olympic values to primary schools around Ireland.

The expanded programme includes the launch of the Dare to Believe secondary school curriculum, as well as the addition of 15 Tokyo 2020 athletes to the programme.

The programme now has 31 Olympic and Paralympic ambassadors.

"We are delighted to have Permanent TSB’s support to grow and develop our Dare to Believe schools programme," said OFI chief executive Peter Sherrard.

"Since it started in 2019, it has gone from strength to strength.

"The athletes have shown how powerful and inspirational their stories can be to children all over the country.

"Thanks to Permanent TSB, we have an exciting new secondary school curriculum that will see our athlete ambassadors engaging students through a range of stimulating and relevant topics that transcend sport - helping teenagers so much at a critical time in their development journeys."

I’m proud to be a @TeamIreland #DareToBelieve ambassador and have the chance to share my story with primary and secondary school students through the Dare to Believe schools programme with @permanenttsb ☘️☺️?⁰
More info on the programme can be found at https://t.co/JYgZhSdwtH pic.twitter.com/6B1NhUqz9d

The OFI said 77,000 primary school children have engaged with the programme over the past 12 months, which was adapted due to the COVID-19 pandemic.

The programme included virtual challenges such as the Road to Tokyo and a collaboration with RTÉ’s Home School Hub.

The OFI says the curriculum teaches students about Olympics values such as respect, friendship and striving for excellence, and includes a classroom visit from a Team Ireland ambassador.

The secondary school curriculum has been based on the same principles and has been developed in conjunction with teachers.

Topics range from the positive impact of sport on society as a whole and well-being, to respect, equality and hate speech, through the "Don’t Scroll By" module.

The curriculum encourages dialogue around key subjects such as mental health and racism.

More info on the programme can be found at https://t.co/E8xDn0xwFz pic.twitter.com/iIeY2Lasd6

Roisin McGettigan, who represented Ireland in the 3,000 metres steeplechase at Beijing 2008 Olympics, developed the Dare to Believe programme.

"We are delighted to be expanding our Dare to Believe programme to secondary schools," McGettigan said.

"We all know that there is a high level of teenagers dropping out of sport and this programme aims to address this and promote the wider values of sport; physically, socially and mentally.

"Through Dare to Believe sport is promoted as self-development tool for character building, leadership, connection to community and well-being.

"We worked with transition year teachers and students at every stage of the TY programme's evolution to ensure that the six-unit curriculum is fit for purpose as an interdisciplinary life skills and well-being programme.

"Our Olympic and Paralympic ambassador role models can't wait to get into schools to work with this cohort and I'm sure they will have an incredible impact on the students they engage with."

Permanent TSB’s support comes shortly after the bank was confirmed as title sponsor for the Ireland teams competing at the 2024 Olympic and Paralympic Games in Paris.

"The Dare to Believe schools programme has had a significant impact on communities across the country over the last 12 months, reaching more than 77,000 primary school children," said Eamonn Crowley, Permanent TSB chief executive.

"We are proud to be able to support its expansion into secondary schools, to help to further grow that impact.

"Our community ethos is a key differentiator for Permanent TSB and like us, Dare to Believe is grounded in communities across the country.

"This is a natural sponsorship for the Bank as it goes hand-in-hand with the recent announcement of our landmark partnership with the Irish Olympic and Paralympic teams for Paris 2024.

"Everyone in Permanent TSB is excited about Team Ireland.

"We want to share that excitement with the many thousands of schoolgoers that will benefit from not only the programme, but from the opportunity to meet Ireland’s Olympians and Paralympians, who are an excellent example of just what can happen when you dare to believe."