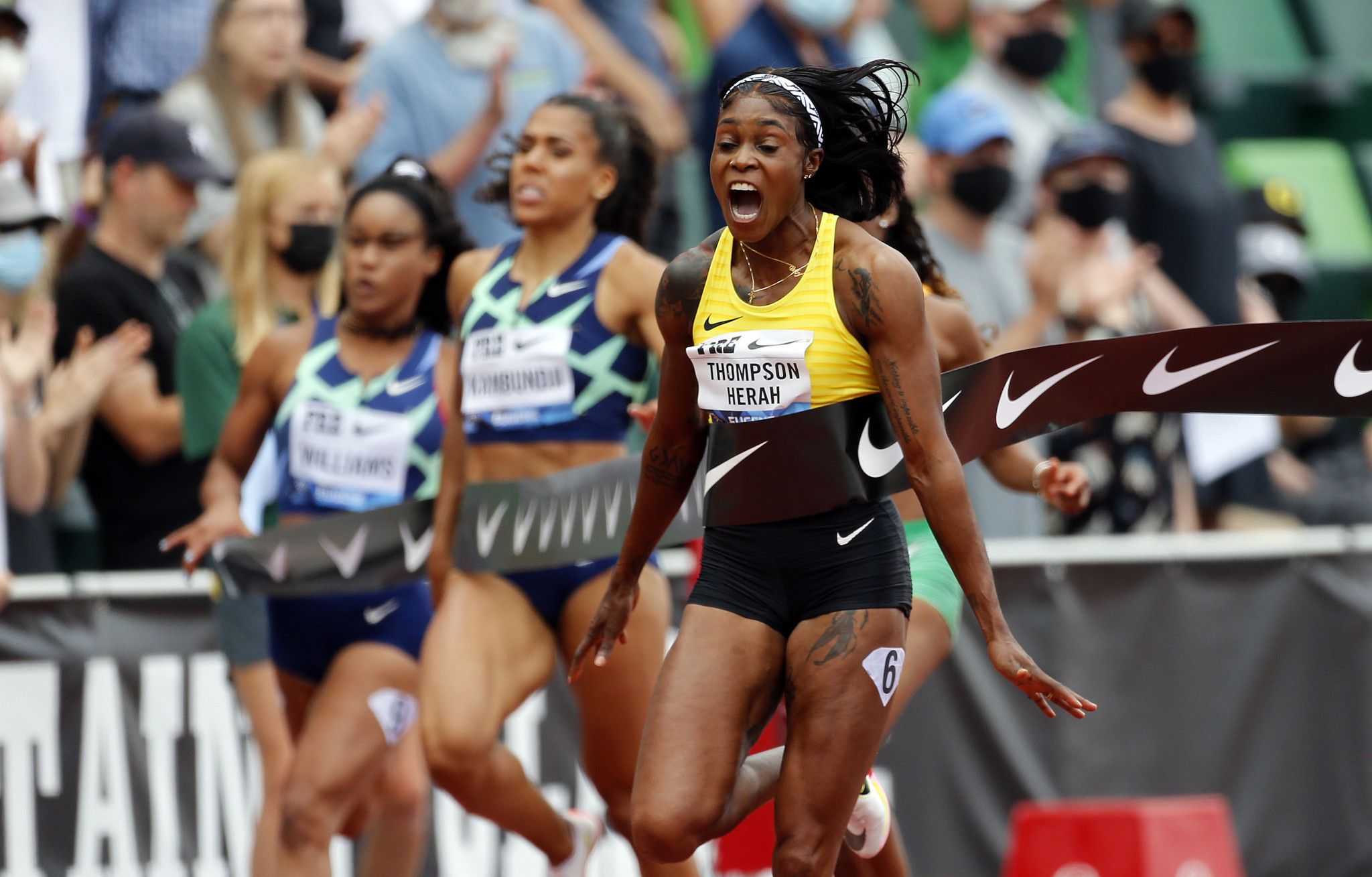 The Jamaica Athletics Administrative Association (JAAA) has suggested Elaine Thompson-Herah should be recognised as the women's 100 metres world record holder.

The late American sprinter Florence Griffith-Joyner currently holds the world record, after achieving a time of 10.49 seconds in Indianapolis in 1988.

Griffith-Joyner achieved the mark at the United States Olympic Trials.

Her improvements and the sudden end to her career raised suspicions over her performances, but no evidence of wrongdoing has been produced.

The wind reading during the world record in 1988 has also been the source of debate, with claims it was invalidated by an official standing too close to a gauge.

Thompson-Herah became the second fastest woman of all-time over the distance last August, after clocking a wind-legal 10.54sec in Eugene.

JAAA President Garth Gayle told the Jamaica Observer that the organisation believes the mark should be recognised as the world record.

"I believe Elaine Thompson-Herah's performance should be recognised as the world record; it is worthy of recognition," Gayle said.

"It was done in the highest of international competition and by such, there is a bona fide argument that her efforts are worthy of admission.

"All the technical areas were covered, such as wind reading, and the authenticity of the track is not in question.

"We would definitely be prepared to do some lobbying on her behalf."

World Athletics President Sebastian Coe told the newspaper that there would be "very difficult legal obstacles" that stood in the way of the mark being recognised as the world record.

Coe said that it would be difficult to change the record without a burden of proof, and the sport needed to be careful in re-examining records.

The proposal would have seen a world record only recognised if it met strict criteria, including the doping control sample taken after the record being set needing to be stored and available for re-testing for 10 years.

World Athletics has only stored blood and urine samples since 2005.

Opposition to the proposal led to suggestions only records set before 1991, when out of competition testing was adopted as normal practice around the world, be scrapped.

The Jamaican sprinter won the women's 200m in 21.53, the second-fastest time in history, to complete her title defences in both events from Rio 2016.

The 29-year-old was named World Athletics' World Female Athlete of the Year following the hat-trick of Olympic titles.