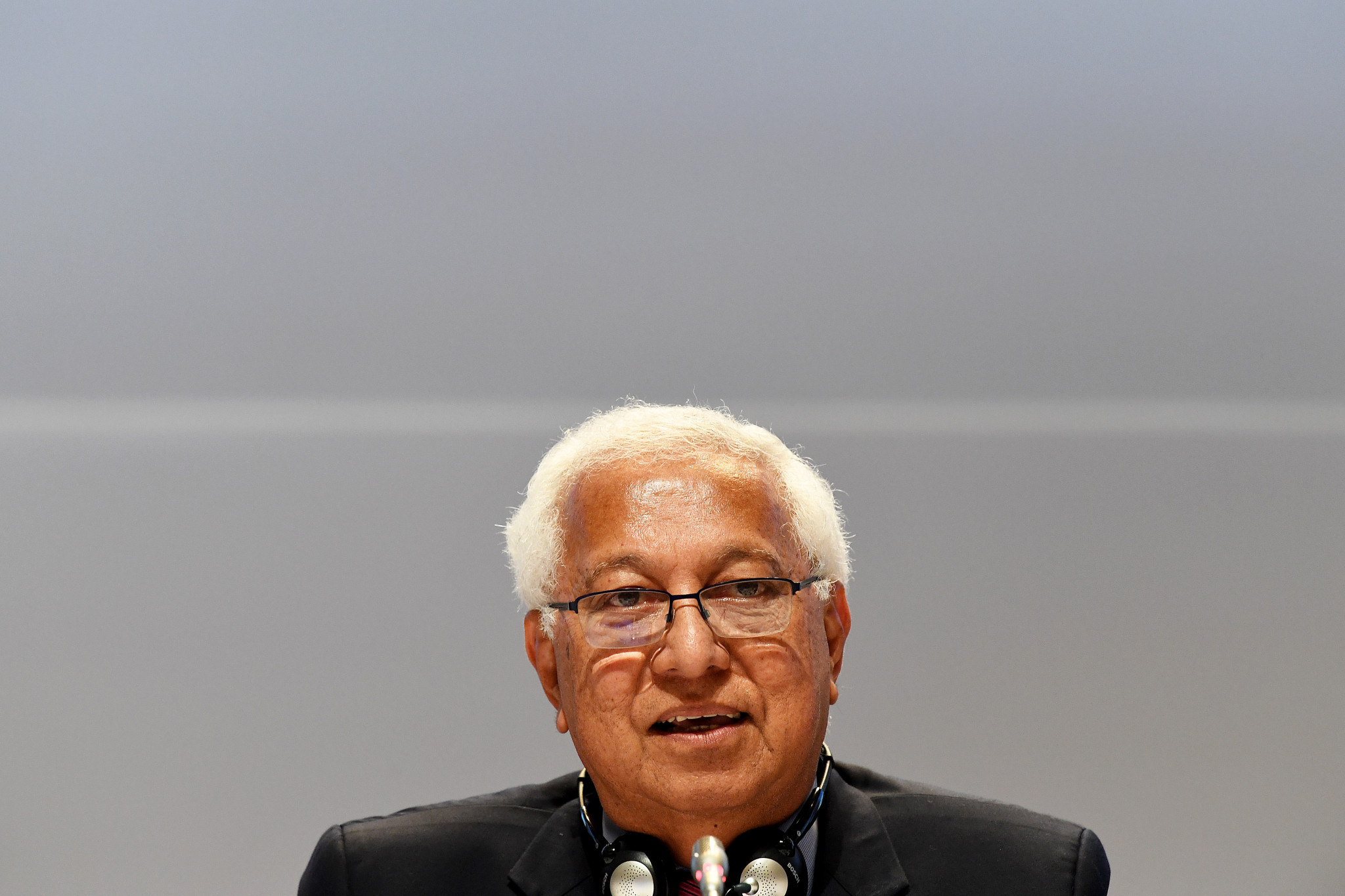 Mitchell was the sole candidate standing for the position at the meeting, as ONOC celebrates its 40th anniversary.

The Fijian was re-elected by acclamation.

Mitchell is due to serve a fourth term in office, which will conclude in 2025.

The term is shorter than usual, due to his previous term in office being extended to five years as a result of the COVID-19 pandemic.

Mitchell has led ONOC since 2009 after previously serving as its vice-president and secretary general.

Mitchell confirmed last year that he will seek the ANOC Presidency on a full-time basis at the umbrella body’s General Assembly this year.

The Palau official was one of two candidates seeking the position, overcoming the challenge of Vanuatu Association of Sports and National Olympic Committee President Antoine Boudier.

Both Temengil and Boudier had also stood for the position in 2017, with the former succeeding in becoming the first woman to be elected ONOC vice-president.

It marked another repeat of the 2017 election, with Blas succeeding again in his bid for re-election.

Narau Olympic Committee President Marcus Stephen was one of four officials elected to the ONOC Executive Board.

IOC President Thomas Bach was among the attendees at the ONOC General Assembly.

Tomorrow will mark the opening of the ONOC regional headquarters in Suva.

ANOC secretary general Gunilla Lindberg was present at the meeting, with the Swedish official commenting that the second edition of the ANOC World Beach Games is expected to be confirmed this month.

Indonesia was confirmed as the only candidate for the second edition of the event at the ANOC General Assembly last year, but could not be awarded the World Beach Games as its National Anti-Doping Organisation (NADO) had recently been declared non-compliant by the World Anti-Doping Agency (WADA).

With the Indonesian NADO taken off WADA's non-compliance list in February, Indonesia is now able to be awarded major events again.

Bali is expected to be named host of the event, which will provisionally be held from August 6 to 12 in 2023.

The ANOC General Assembly will be held as part of the event.

Agreements are reportedly in place with 14 sports, while ANOC are hopeful of including surfing at the Games after the sport was unable to feature at the inaugural event in Qatar.