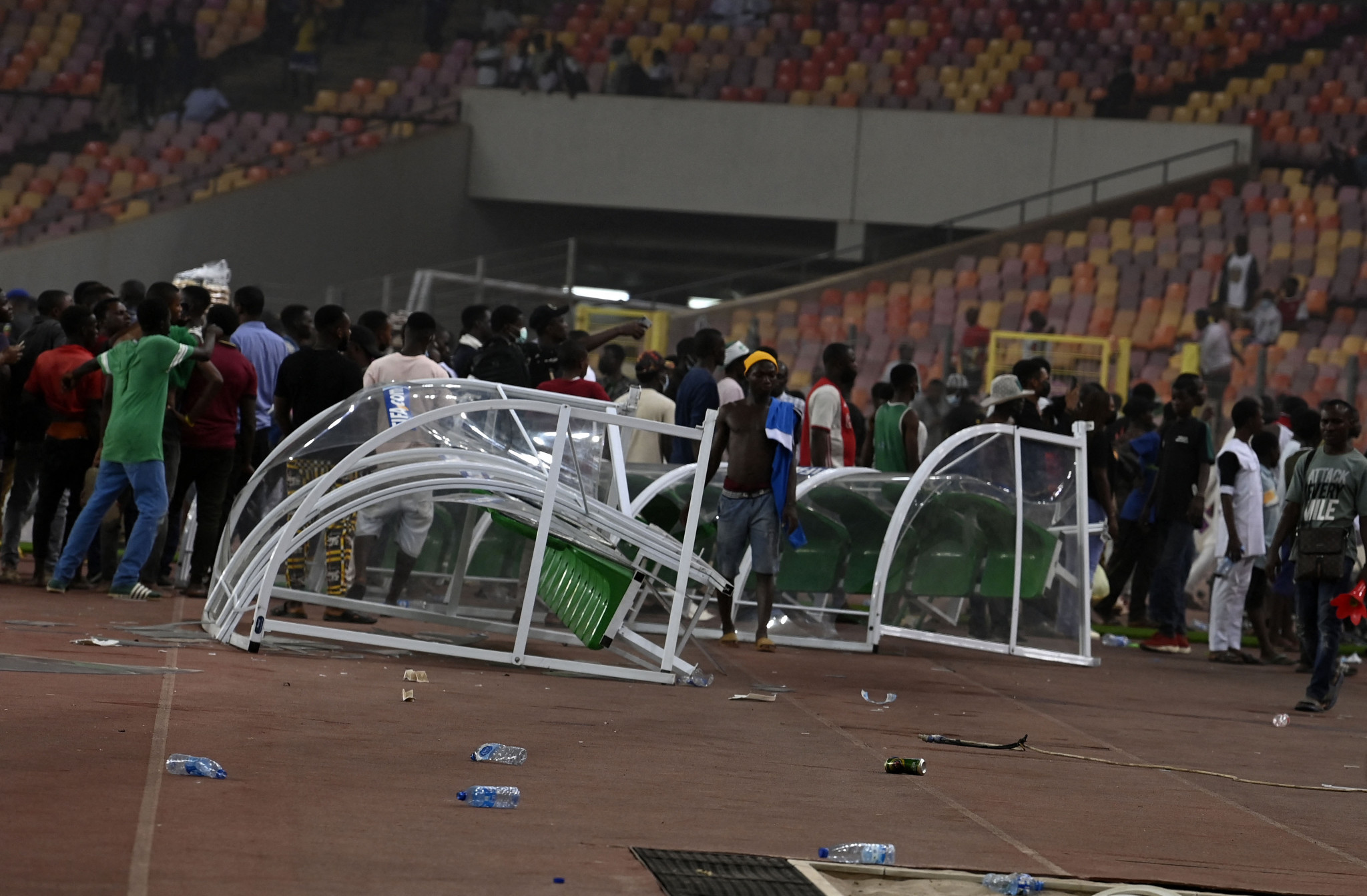 FIFA has sanctioned Senegal and Nigeria for disorderly crowds at March's World Cup qualification matches, by ordering both sides to play one game behind closed doors.

Senegal fans shone laser pointers at Egyptian star Mohamed Salah as he missed in the penalty shoot-out of their crucial third-round clash.

Aliou Cissé's side won 3-1 in the shootout in Dakar after the two teams drew 1-1 over two legs, and booked their place at this year's World Cup in Qatar in the process.

Mostafa Mohamad and Ahmed Sayed also missed from the spot for Egypt at Diamniadio Olympic Stadium.

Salah's Liverpool team-mate Sadio Mane then converted his attempt to book Senegal's place at their third World Cup appearance after the 2002 and 2018 editions.

The 1-1 away goal loss meant that Nigeria has not qualified for the World Cup for the first time since 2006.

After the final whistle, irate fans flooded onto the pitch and destroyed almost everything in sight.

The fans also vented their anger on the victorious Black Star players, pelting them with water bottles.

Once the Ghanaian players had escaped to safety, they then started pulling up the grass and shattering glass in the technical area.