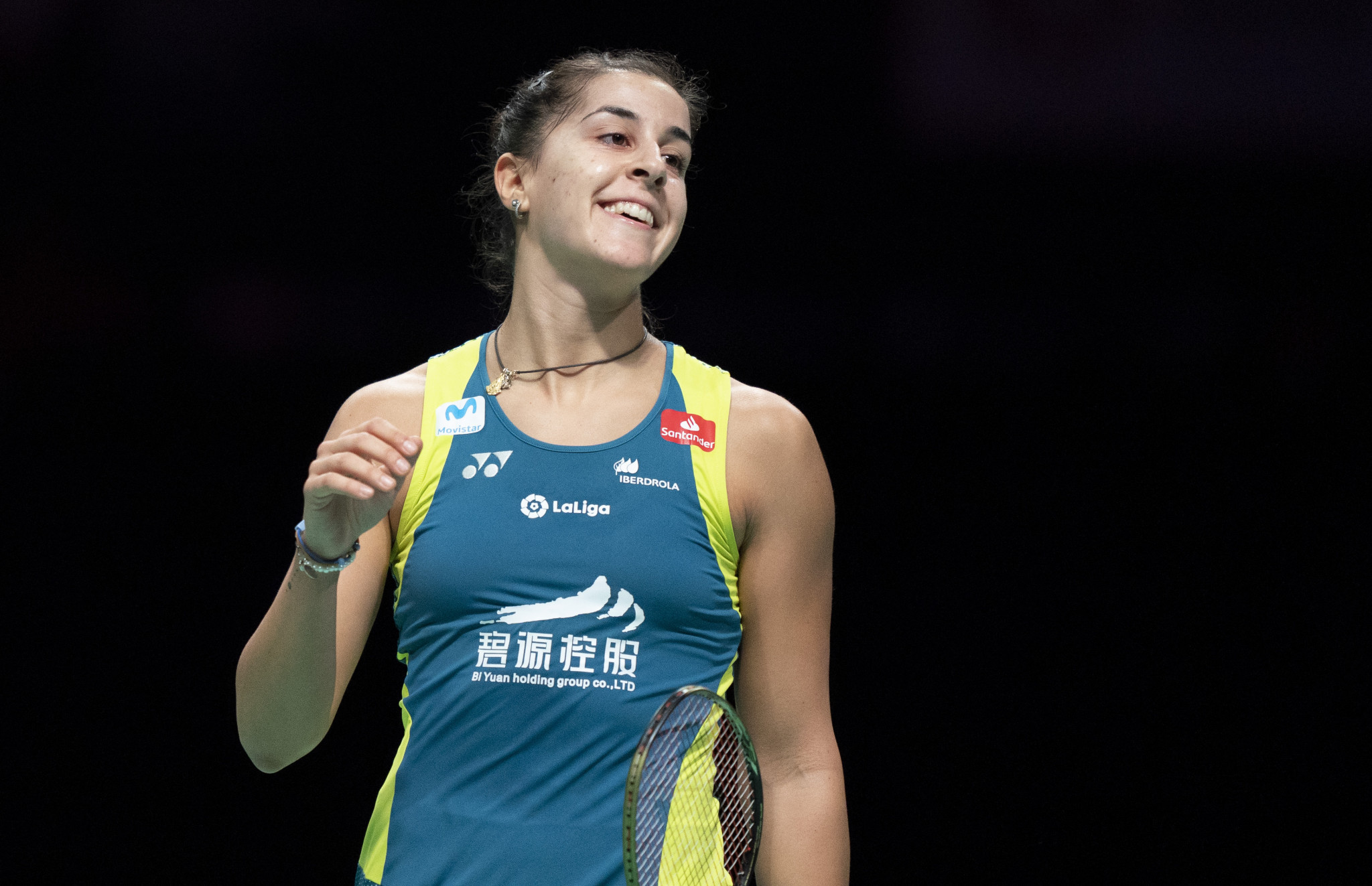 Marín completed a dream return to competition after 11 months on the sidelines with an anterior cruciate ligament injury.

The 28-year-old, who was ruled out of defending her Olympic title at Tokyo 2020 and a home World Championships last year, enjoyed success in front of a local crowd.

Marín clinched a 21-10, 21-12 win over Scotland’s Kirsty Gilmour in the gold-medal match at the Polideportivo Municipal Gallur.

She has now earned six successive European titles, extending her women’s singles record at the tournament.

Axelsen and Anders Antonsen met in an all-Danish men’s singles final, a year on from their anticipated contest.

Axelsen was forced out of last year’s final due to a positive COVID-19 test, with Antonsen awarded the title as a consequence.

Olympic champion Axelsen emerged as the victor of this year’s event, winning a battle of the top seeds 21-17, 21-15.

Axelsen has now won the European title on three occasions.

The Bulgarian sisters won all four of their matches at the tournament in straight games.

The second seeds were 21-17, 21-16 winners over Scotland’s Alexander Dunn and Adam Hall.

Lamsfuß celebrated two titles on the final day, after winning the mixed doubles event with Lohau.

Lamsfuß and Lohau responded by claiming the following games 22-20, 21-16 to clinch the title.