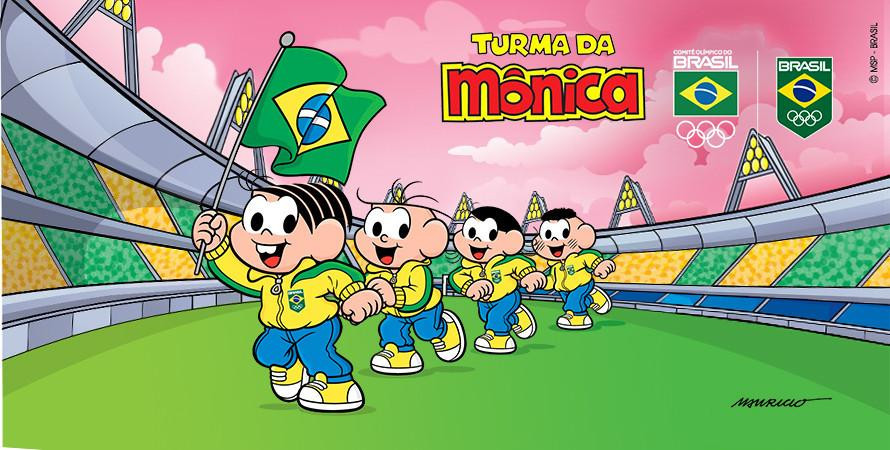 The Brazilian Olympic Committee (COB) has extended its partnership with the comic book series Turma da Mônica in the run-up to Paris 2024, aiming to bring the audience closer to Olympic sports through distinguished characters.

Known in English as Monica's Gang or Monica and Friends, the characters dressed in green and yellow to accompany Brazil during the Tokyo 2020 Olympic and Paralympic Games and will progress until Paris 2024.

Creator of the country's most popular comic series, Maurício de Sousa and his team produced a series of themed drawings honouring Brazilian athletes and featuring their own characters in Olympic sports clothing.

This partnership between COB and Maurício de Sousa Produções (MSP) began in 2019 and is a way for the Committee to get even closer to the Brazilian fans and to make the young generation participate in sports, through characters such as Mônica, Cebolinha, Magali, Cascão, Milena and many others.

"It is an immense joy for the COB and our entire Olympic Movement to renew this very successful partnership with Turma da Mônica and its beloved characters," said COB President Paulo Wanderley.

"The Turma da Mônica fans proved that they are hot feet, we achieved the best result in our history in Tokyo, and now we want to strengthen ties and involve the community even more in the chain of support for our athletes until the Paris Olympic Games."

Founded in 1959, MSP is widely recognised as one of Brazil's most successful comic book and animation publishers.

“Encouraging young people and children to participate in Olympic sports is an action of huge importance," said de Sousa.

"The gang could not be out of this one as it has so much energy with this audience.

"Our role is to encourage these young people, from all corners of Brazil, not to give up on their dreams and pursue this career.

"I am sure that, more and more, we will have new talents to represent us as athletes and make the whole nation very proud."

Brazilian athletes such as volleyball player Bruno Rezende, skateboarder Pamela Rosa and surfer Gabriel Medina were represented with the traits of the characters from Monica's Gang.

The characters from Monica's Gang also visited the COB Training Center and the entity's headquarters, where athletes and collaborators had the chance to interact with them.