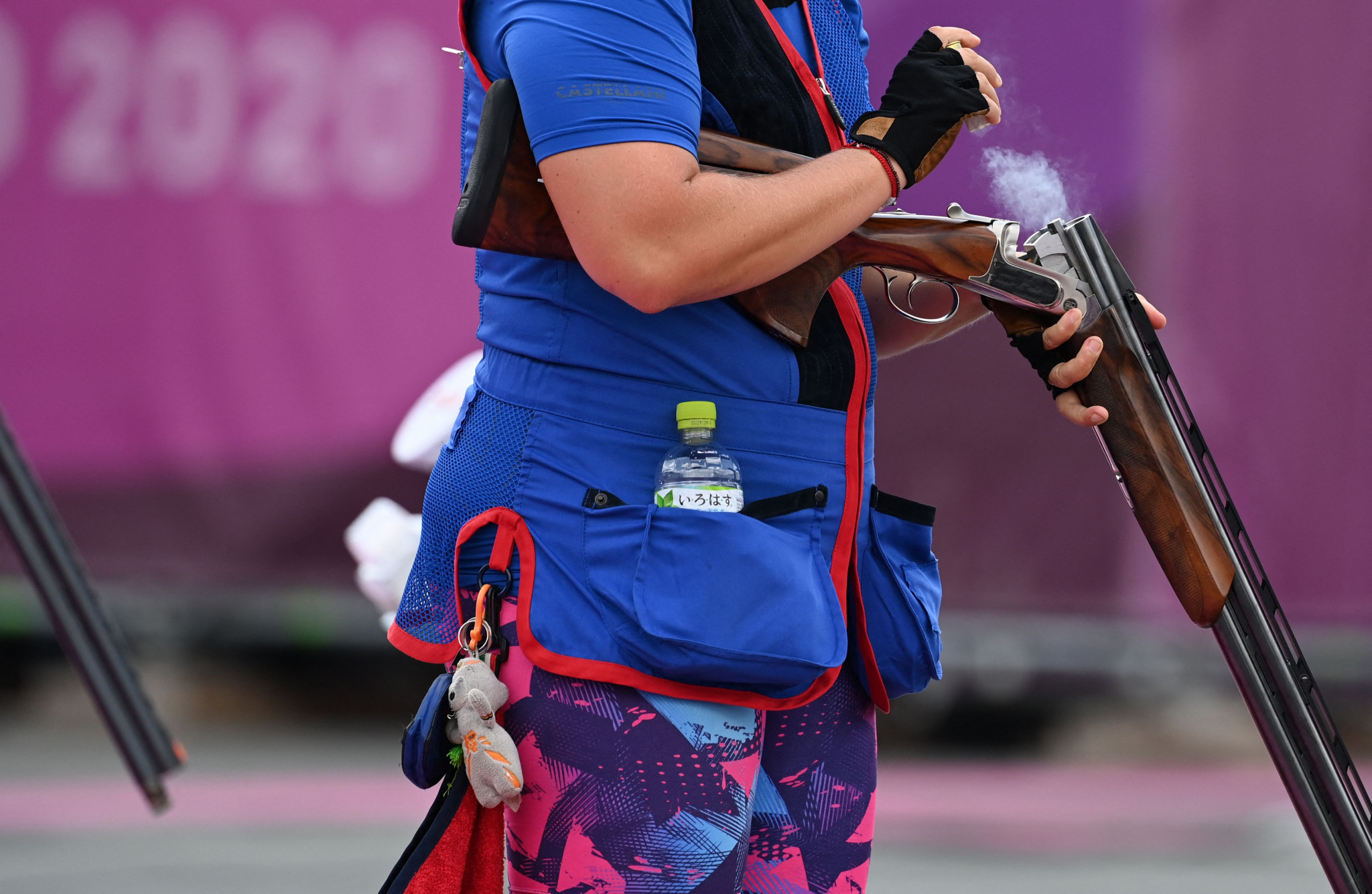 Augusta Rose Campos-Martyn of Puerto Rico and Salah Eddine Bouali of Algeria are top of the women's and men's trap standings respectively after the first day of qualification at the International Shooting Sport Federation (ISSF) World Cup in Lonato.

Campos-Martyn scored 71 points in the women's competition after three of the five rounds, sitting level with Zuzana Rehák-Štefečeková of Slovakia, who is the current Olympic champion.

They sit two in front of Aeriel Alease Skinner from the United States and home favourite Alessia Iezzi of Italy, who cannot qualify for the final and is only competing for ranking points.

Five shooters sit on 68, with Finland's Satu Makela-Nummela at the front in fifth, followed by Penny Smith of Australia, British pair Lucy Charlotte Hall and Kirsty Hegarty, and Alejandra Ramirez Caballero of Mexico.

Bouali is level in the men's competition with Olympic bronze medallist Matthew John Coward-Holley from Britain on 73 points.

There are nine shooters just one point behind on 72, with Tokyo 2020 champion Jiří Lipták of Czech Republic in third and Croatian Josip Glasnović - the Rio 2016 trap gold medallist - in fourth.

Italians Valerio Grazini and Mauro de Filippis are fifth and sixth, but are only eligible for ranking points.

Britain's Aaron Heading, Anton Glasnović of Croatia, Mitchell Iles of Australia, Portugal's Joao Azevedo and Spain's Adria Martinez Torres are also on 72 prior to the second round of qualification tomorrow.