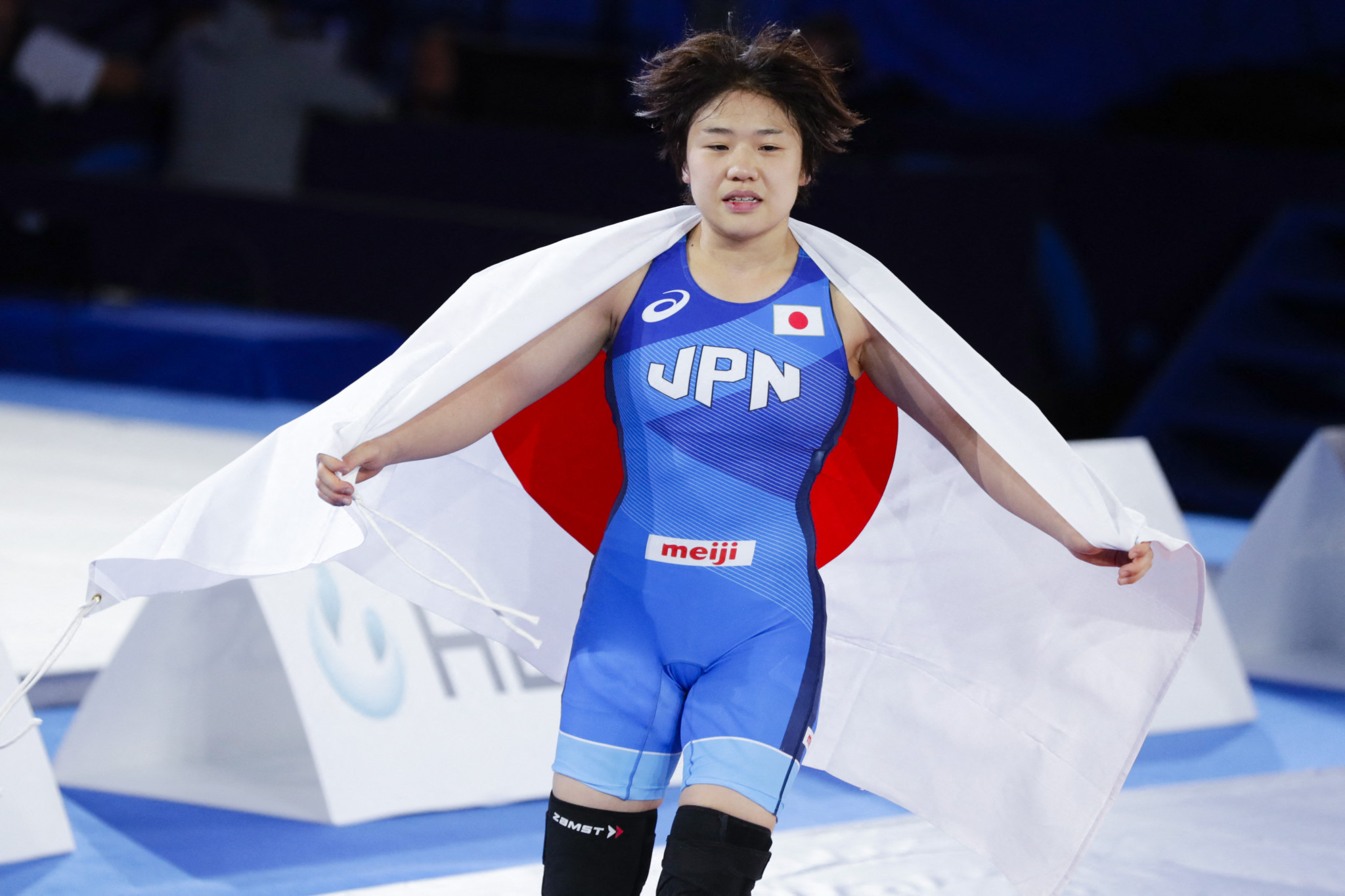 World champion Remina Yoshimoto was one of three Japanese winners today on the first day of women's competition at the Asian Wrestling Championships in Ulaanbaatar in Mongolia.

In the elimination group, Yoshimoto defeated India's Manisha and Cheon Mi-ran of South Korea in Group A, while Namuuntsetseg defeated Jasmina Immaeva of Uzbekistan and Aigul Nuralim of Kazakhstan in Group B.

Both group winners made it into the final, which Yoshimoto won, while Immaeva took the bronze medal.

Japan won a second gold medal in the women's under-55kg, with Umi Imai winning all four matches in the group format.

Most pivotal of these was against Mongolian Ganbaataryn Otgonjargal, who was the bronze medallist with three victories from four.

Sushma Shokeen of India lost the decider with Otgonjargal in the final round, meaning she took bronze with two wins.

Sara Natami made it third Japanese gold in the same fashion as Imai, winning all four of her under-59kg bouts.

Importantly, she defeated three-time world bronze medallist Baatarjavyn Shoovdor by points to win her first Asian title, with the Mongolian taking the third-consecutive silver medal for the hosts.

Sarita Mor of India took the bronze ahead of Diana Kayumova of Kazakhstan and Dilfuza Aimbetova of Uzbekistan.

Bakbergenova lost to the Kyrgyz wrestler in the group stages, but defeated South Korean Park Su-jin to progress to the semi-finals.

Kazakhstan and Kyrgyzstan both made the final after defeating their respective Group B opponents, before Bakbergenova sealed the gold medal.

Delgermaa then got revenge for a group defeat to take bronze against Matsuyuki.

Both progressed from Group A - with Kyzy winning their first bout - while Kazakhstan's Gulmaral Yerkebayeva and Ganbatyn Ariunjargal of Mongolia made it out of Group B.

Kyzy claimed the gold in front of Kagami, while Yerkebayeva defeated Ariunjargal again to take the bronze.