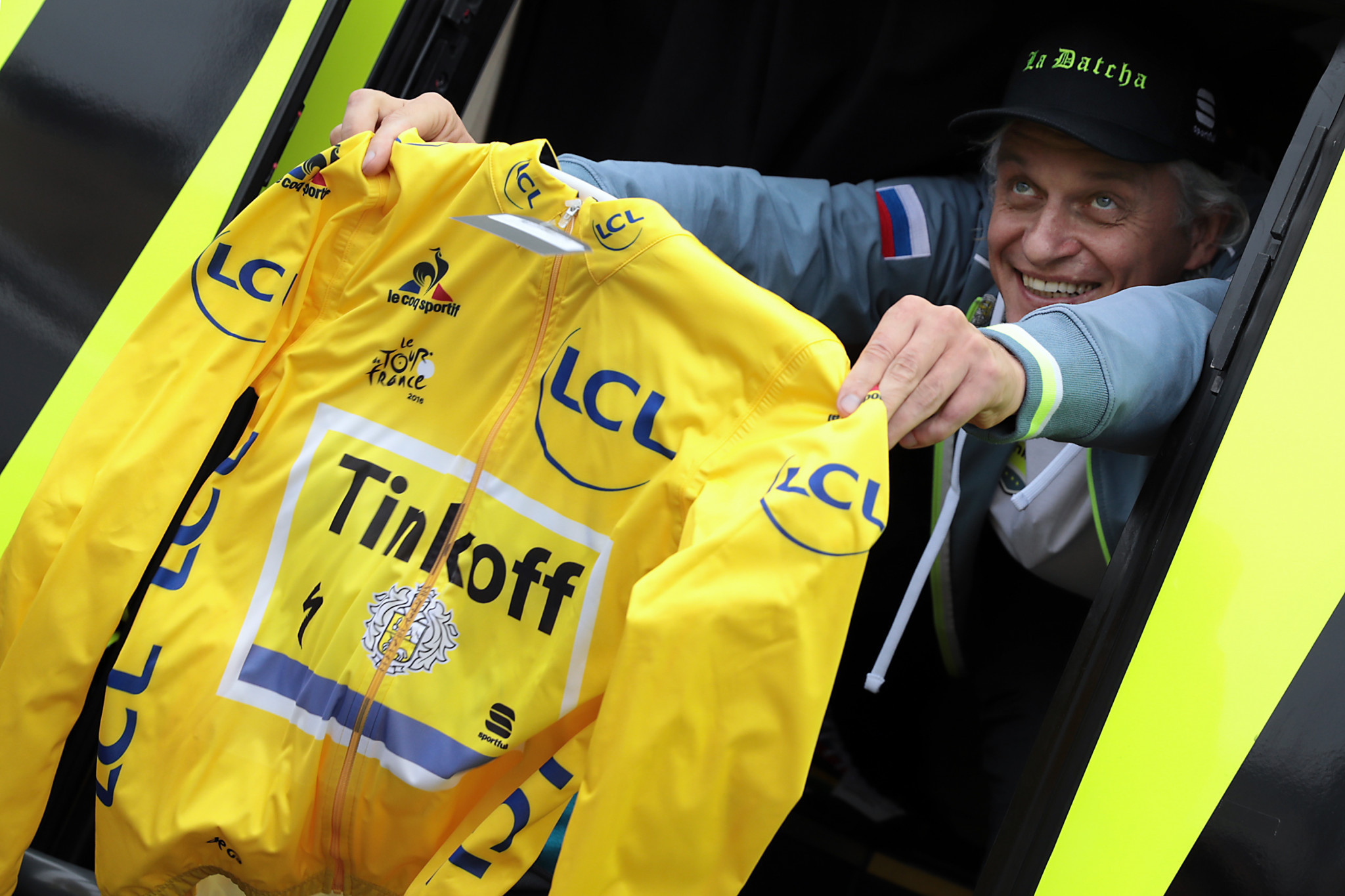 Oligarch Oleg Tinkov, who formerly owned the Tinkoff cycling team and founded the online bank of the same name, has become one of the most high-profile Russians to criticise the war in Ukraine, labelling it a "massacre".

Tinkov, who was last month sanctioned by the United Kingdom over alleged close ties to the Kremlin, launched a verbal broadside against Russian President Vladimir Putin and the country's military on Instagram.

The one-time International Cycling Union WorldTour team owner wrote in Russian: "I don't see ANY beneficiary of this crazy war!

"Innocent people and soldiers are dying.

"The generals, waking up with a hangover, realised that they had a shitty army.

"And how will the army be good, if everything else in the country is shit and mired in nepotism, sycophancy and servility?"

Tinkov went on to claim that 90 per cent of Russians oppose the war, before urging the West, in English, to offer Putin "a clear exit to save his face and stop this massacre".

Just by referring to the conflict as a war, and not a "special military operation" as the Kremlin has chosen to frame it, Tinkov runs the risk of significant prison time in Russia.

Tinkov is not thought to be in the country.

At least 2,224 civilians have been killed in Ukraine since Russia's attack began on February 24, according to the United Nations.

It believes the true figure is far higher.

Russia has been accused of carrying out a genocide in Bucha, where hundreds were massacred and images have shown the bodies of civilians who were killed with their hands tied behind their backs.

The combined military death toll has been estimated to be more than 15,000.

Tinkov was last year fined more than $250 million (£191 million/€230 million) as punishment for a felony tax evasion conviction in the US.

Tinkov was a notable figure in cycling when Tinkoff Bank begun sponsorship of a men’s UCI WorldTour team in 2012.

The team folded in 2016, with Tinkov having criticised the sport’s business model.

Tinkov's net worth was estimated at £3.4 billion ($4.4 billion/€4 billion) by the UK Government when he was sanctioned, but Forbes reports he is no longer a billionaire as sanctions led to a 90 per cent drop in Tinkoff Bank share prices.