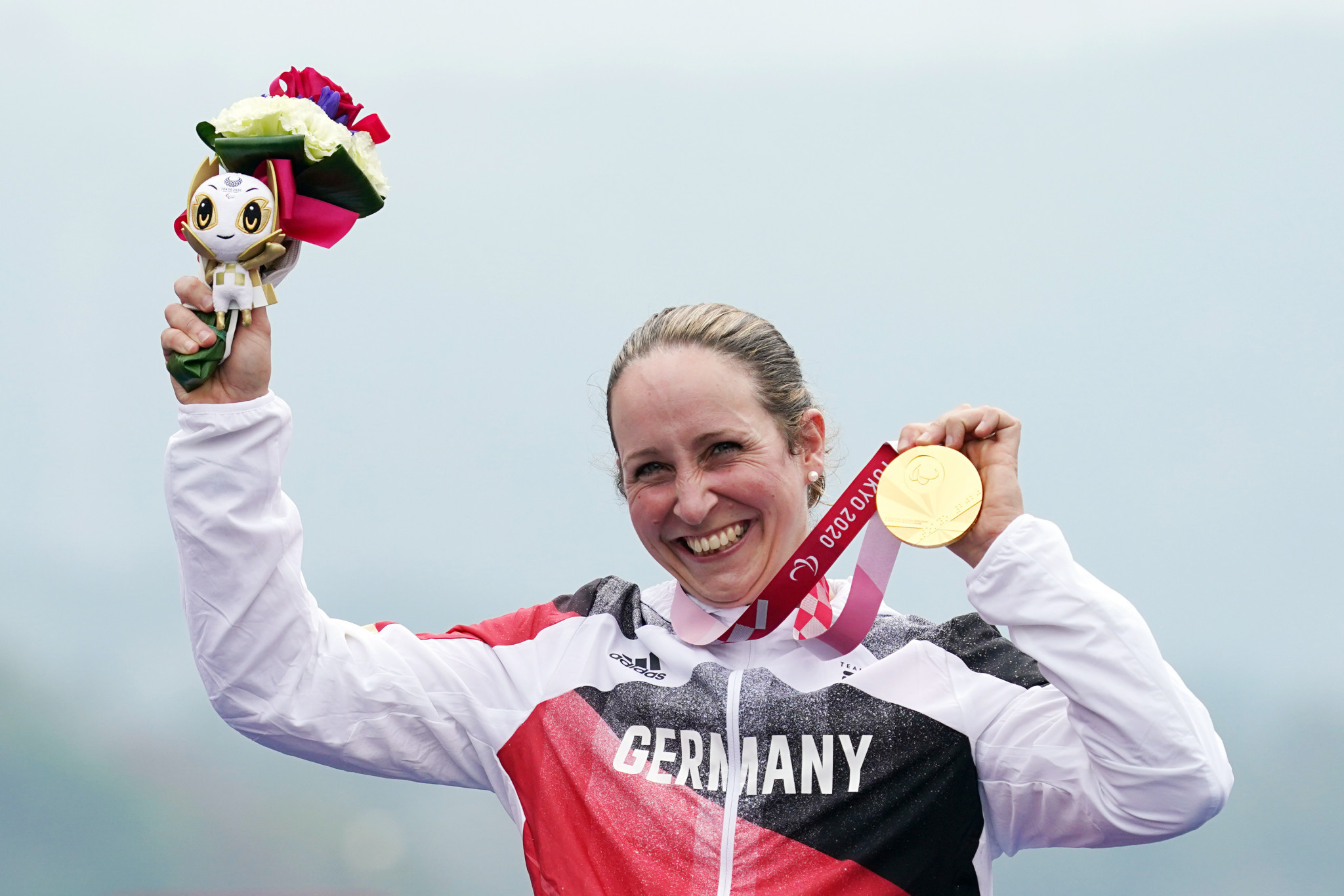 German cyclist Annika Zeyen has signed the Golden Book of Bonn for the second time, following a successful 2021 season where she claimed a gold and silver medal at the Tokyo 2020 Paralympic Games.

The 37-year-old - who competed at four Games in wheelchair basketball - became a Paralympic champion in hand-biking, winning the women's time trial H1-3 race, adding a silver in the road race H1-4.

She was first recognised by signing the Golden Book of Bonn in 2020, becoming the first Para-athlete to do so, after winning at the Road World Championships in 2019.

Mayor @katjadoerner "That has been a very special evening, honored and very pleased to welcome @Annika_Zeyen as first entry to the Golden Book @BundesstadtBonn in my term as a Mayor. She is an exemplary athlete and a role model as an athlete and as a person!" pic.twitter.com/Dbx62Ygzu3

"I am very thankful to be recognised once again by the city of Bonn. It is a huge honour to sign the book for the second time," said Zeyen, who is also an International Paralympic Committee (IPC) brand manager.

"Unfortunately, due to the COVID restrictions my family and friends were not able to be in person in Tokyo or in Cascais.

"Therefore, the Golden Book signing in the town hall was extra special because many of the people who have contributed to my successes in 2021 were able to be there in person (coaches, doctors, physios) as well as friends, family and colleagues."

Zeyen won the Paralympic gold medal in wheelchair basketball with Germany at London 2012, as well as silvers in the same event at Beijing 2008 and Rio 2016.