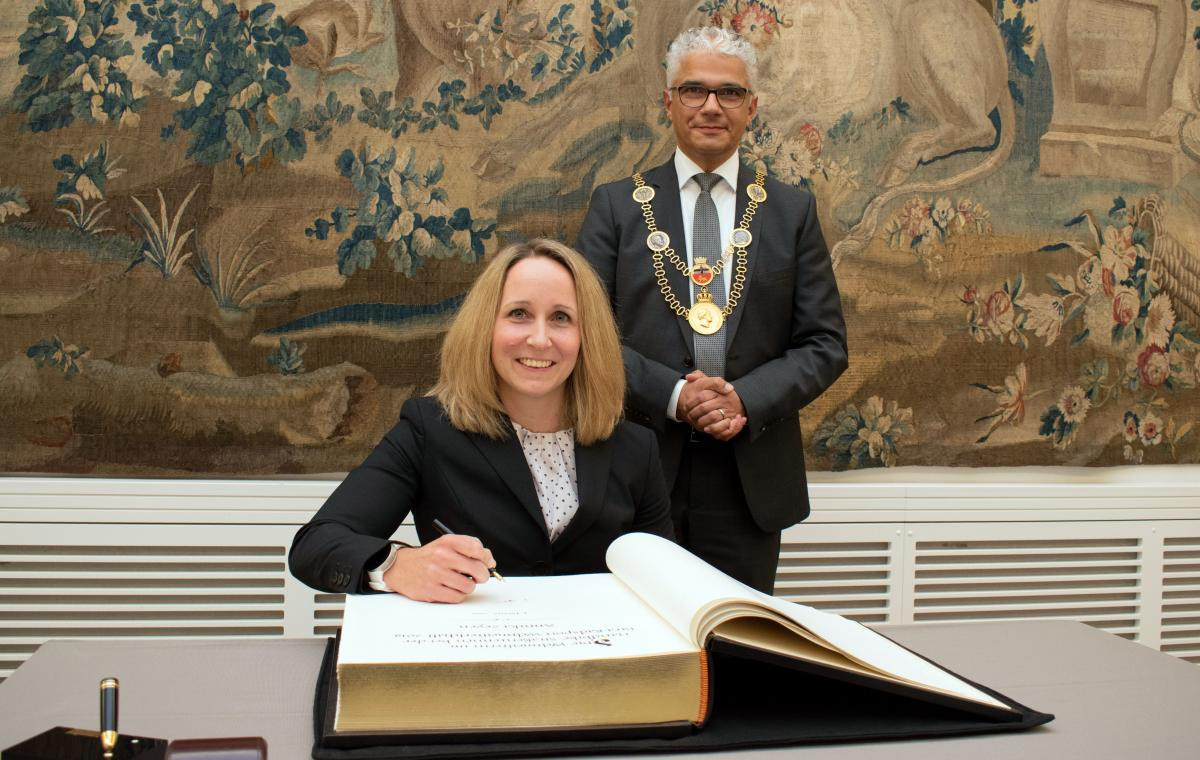 The book contains the signatures of some of the world's most famous people including Pope John Paul II, Queen Elizabeth II and the Dalai Lama.

Being allowed to sign it is considered a "great honour".

Zeyen, who has competed in wheelchair basketball, athletics and cycling, is from Bonn, the former capital of West Germany where the International Paralympic Committee (IPC) is based.

"I have a very special connection to Bonn," she said.

"My club team is in Bonn.

Thirty-four-year-old Zeyen won Paralympic gold with the German wheelchair basketball team at London 2012, as well as silvers at Beijing 2008 and Rio 2016.

She switched to wheelchair racing but had to miss her home European Championships in Berlin in 2018 due to injury.

"Bonn had been the capital of the Federal Republic of Germany for 50 years and that is why many crowned and uncrowned celebrities were here and signed our golden book," said Bonn Mayor Ashok Sridharan.

"I think it is one of the best golden books ever because we have Pope John Paul, we do have Queen Elizabeth, John F. Kennedy, and many Queens, Kings, Heads of States sign this book, and also quite a lot of sports people."