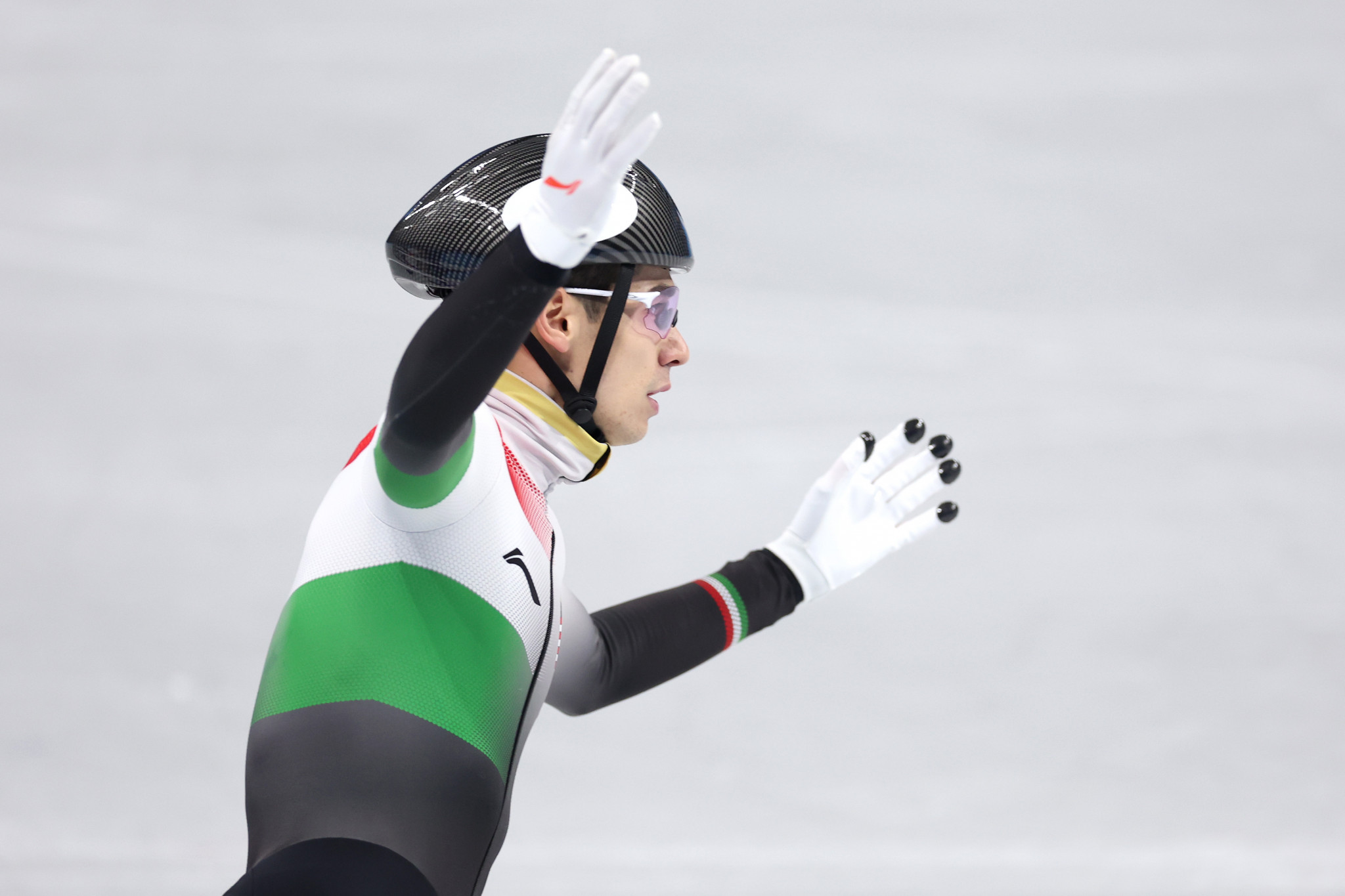 The Hungarian secured titles in the 1,500 metres and 500m thanks to times of 2min 15.096sec and 40.573sec, and also established himself as the leader of the men's overall standings at the Maurice Richard Arena.

Liu had finished first in every heat, quarter- and semi-final race leading up to his two victories.

The Belgian repeated his bronze-worthy performance in the 500m, crossing the line in 30.710 as Quentin Fercoq of France came second, finishing in 30.674sec.

The story of the women's events centred on home favourite Kim Boutin building on a single Beijing 2022 bronze by taking two silver medals to lead the overall standings.

Boutin is seeking a first world title, with her hopes boosted by Suzanne Schulting, the Dutch skater who won all the gold medals at last year's edition, not competing after testing positive for COVID-19.

Shaoang Liu ?? was on fire at the World Championships today ?

Boutin currently has a three-point lead over South Korea’s Choi Min-jeong, who won the 1,500m event.

The three-time Olympic and world champion finished in 2:23.594, a healthy 0.607sec faster than Boutin and 0.861 quicker than compatriot Seo Whi-min in third.

Choi, who failed to qualify for the 500m A final, won the B final with the event’s gold medal going to Xandra Velzeboer of The Netherlands.

It is Velzeboer's first individual world title and she crossed the line first in 42.476.

South Korea are set to challenge for gold in the men’s 5,000m relay and the women’s 3,000m relay following successful semi-finals.

The Women's 500m World title ? stays in the Netherlands ?? as Xandra Velzeboer becomes the third Dutch woman to take the 500m title after Lara van Ruijven in 2019 & Suzanne Schulting in 2021 ?

The Netherlands and Italy are also through to the final.

Meanwhile, the hosts have a crack at giving six-time Olympic medallist Charles Hamelin a warm send-off into retirement with a 15th World Championship gold in the men’s relay tomorrow.

Canada finished second in their heat, completing the race 0.093sec behind The Netherlands, who stopped the clock on 6:46.019.

France failed to qualify for the final.

In the other heat, South Korea and Hungary progressed, recording times of 7:03.722 and 7:04.133, respectively, as Belgium dropped out.

Tomorrow is the last day of the World Short Track Speed Skating Championships, with 1,000m finals and relay finals on the agenda.