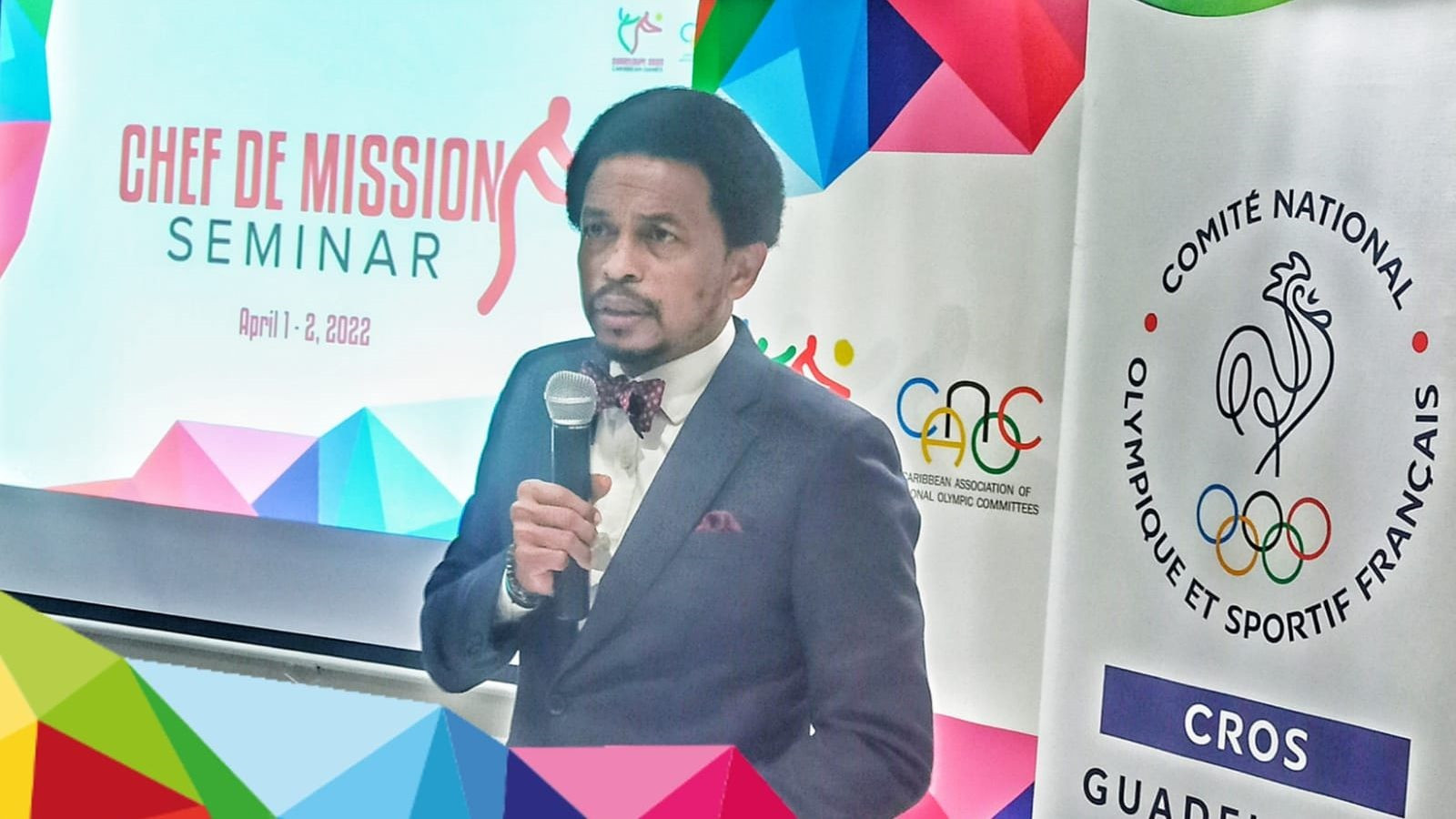 Caribbean Association of National Olympic Committees (CANOC) President Brian Lewis has expressed his confidence that the inaugural Caribbean Games in Guadeloupe will be held this year.

Lewis spoke of his optimism over the delivery of the Games in his opening speech at this month’s Chef de Mission Seminar.

A total of 23 representatives from 20 countries travelled to Guadeloupe for the meeting, with nine more nations joining remotely.

Three CANOC Executive Committee members were also on hand to discuss preparations for the event.

Guadeloupe was originally due to hold the Games last year only for it to be postponed because of the COVID-19 pandemic.

The Games are scheduled to be held from June 29 to July 3 and Lewis believes the event will take place as planned.

Lewis urged participants to acknowledge the challenge facing Guadeloupe and stressed the importance of working together to ensure a successful staging of the Games.

"Each [National Olympic Committee] is being called upon to do more," said Lewis.

"This is an investment in the Caribbean's youths - the future of our region."

Lewis added that the Games must be a source of motivation and inspiration to the Caribbean's youth.

"Guadeloupe is a member of CANOC and is committed to playing its part in the development of sport in the Caribbean," said Soreze.

Guadeloupe 2022 director Julien Chipotel declared the Chef de Mission Seminar a success as members got the opportunity to tour the host nation.

"The Chefs who came to Guadeloupe visited the competition venues where their athletes will try to bring back gold in June," said Chipotel.

"Also, the visit of the Games Village was in an important step as it is by definition the heart of the Games.

"Both onsite and virtual Chefs attending received the key information regarding logistics and processes around the Games.

"We are all waiting to welcome you back in June."

Around 800 athletes and 200 officials are expected to represent 29 countries and territories at the event, where they will compete in seven sports.

The Games had first been scheduled to take place in 2009 before being cancelled by Trinidad and Tobago's Government shortly before the start due to fears about swine flu.