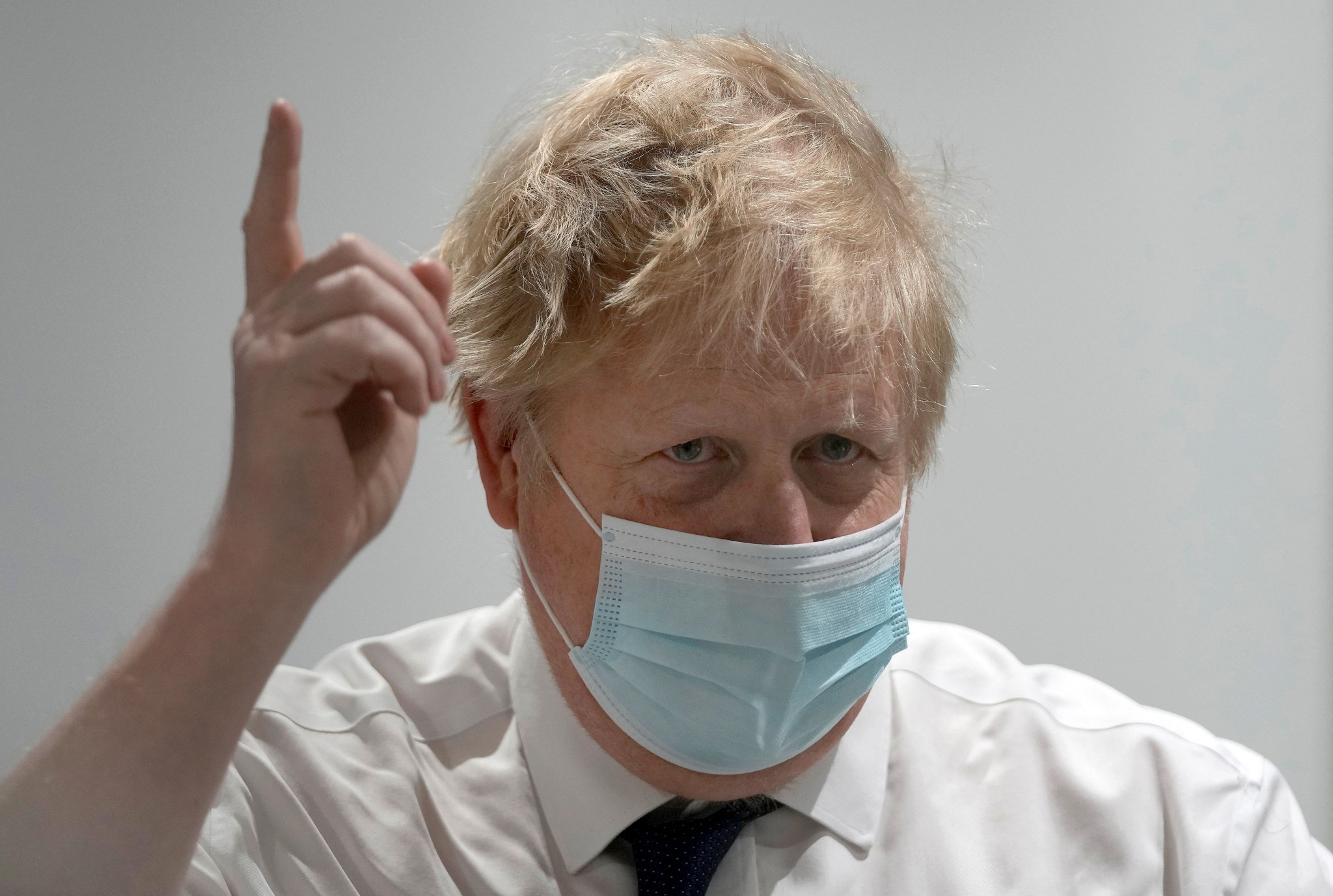 UK Prime Minister Boris Johnson has said he does not believe transgender women should compete in female events, while a group of cyclists have written to the International Cycling Union (UCI) to rescind the governing body’s existing regulations on transgender participation.

Johnson made the comment during a hospital visit, where he was questioned over the Government’s decision not to include transgender people in the ban on so-called conversion therapy.

"I don't think biological males should be competing in female sporting events," Johnson said in a television interview.

"Maybe that's a controversial thing to say, but it just seems to me to be sensible.

"I also happen to think that women should have spaces - whether it's in hospitals, prison or changing rooms - which are dedicated to women.

"That's as far as my thinking has developed on this issue.

"If that puts me in conflict with some others, then we have got to work it all out.

"It doesn't mean I'm not immensely sympathetic to people who want to change gender, to transition and it's vital we give people the maximum love and support in making those decisions.

"These are complex issues and they can't be solved with one swift, easy piece of legislation.

"It takes a lot of thought to get this right."

Huddleston placed the emphasis on governing bodies to create criteria that can enable athletes to compete while ensuring a level playing field.

The comments came on a day when the UCI ruled that British transgender cyclist Emily Bridges was ineligible to compete at the British National Omnium Championships.

Today @UCI_cycling received this letter requesting they address female athletes issues with their current transgender athlete rules. If you support this please consider adding your name to the 76 women who have already signed & we will let the UCI know. https://t.co/hTg2RTABlb pic.twitter.com/pMjOuTMpPs

The event would have marked Bridges first event competing in the female category as a transgender woman, having been competing in men’s races while undergoing therapy.

Bridges, who is reportedly participating in a study at Loughborough University to monitor the impact of lowering testosterone on her performance, released a statement claiming "little clarity" had been given regarding her eligibility.

The 21-year-old has said she has been "harassed and demonised."

UCI regulations require transgender athletes to provide a written and signed declaration that their gender identity is female and demonstrate to the satisfaction of an expert panel that the concentration of testosterone in her serum has been less than five nanomoles per litre for a period of 12 months.

The regulations say the UCI needs to "establish conditions for participation in the sport of cycling, including eligibility categories that protect the health and safety of participants, and guarantee fair and meaningful competition that displays and rewards the fundamental values and meaning of the sport."

UCI President David Lappartient told the BBC last week he was worried about the fairness of competition, adding he believed the existing rules were "probably not enough."

A letter, addressed to Lappartient and other senior UCI officials, has been published by a group labelled Union Cycliste Feminine.

A total of 76 retired Olympians, elite cyclists, scientists and researchers have called for the UCI to rescind its existing rules and implement eligibility criteria for the female category “that is based on female biological characteristics."

Sara Symington, head of the Olympic and Paralympic programmes at British Cycling, is among the signatories of the letter.

The letter said female cyclists had been willing to boycott the National Championships to get the UCI and British Cycling to hear their concerns about fairness in their sport.

British Cycling said it was now calling for a "coalition" to address transgender and non-binary participation in elite sports.

The UCI’s existing regulations were introduced in 2020, mirroring rules adopted by World Athletics.

World Rugby introduced regulations in 2020 which concluding transgender women should not play women's contact rugby, after a review deemed allowing trans women to compete in women's rugby could lead to injuries due to "physiological differences."

The International Olympic Committee has defended encouraging International Federations to devise their own regulations, with the organisation insisting an overarching policy would not be effective due to the differing characteristics and safety deliberations each sport has to make.

The IOC's updated framework, published in November, said there should be "no presumption of performance advantage."

The head of the World Athletics medical department, the International Cycling Union medical director and the chair of the World Rowing Sports Medicine Commission were among the signatories of a paper in January that criticised the IOC framework.

The position paper said the framework "is in stark contrast with the outcome of the 2015 IOC consensus, the scientific evidence, and the subsequent assessment of numerous sports medicine associations/commissions."

The United States Olympic and Paralympic Committee (USOPC) chair Susanne Lyons said last month that transgender participation in sport was “complex”, reflecting that the organisation’s values of fairness and the right to compete were "a bit at odds."

Lyons said the USOPC had concerns over legislation by some US states seeking to introduce an outright ban on transgender athletes.

The USOPC said it will seek to support International Federations in creating and applying rules fairly on a sport-by-sport basis.

Transgender participation in sport has been a hot topic in the US after swimmer Lia Thomas became the first transgender athlete to win a National Collegiate Athletic Association (NCAA) Division I title last month.