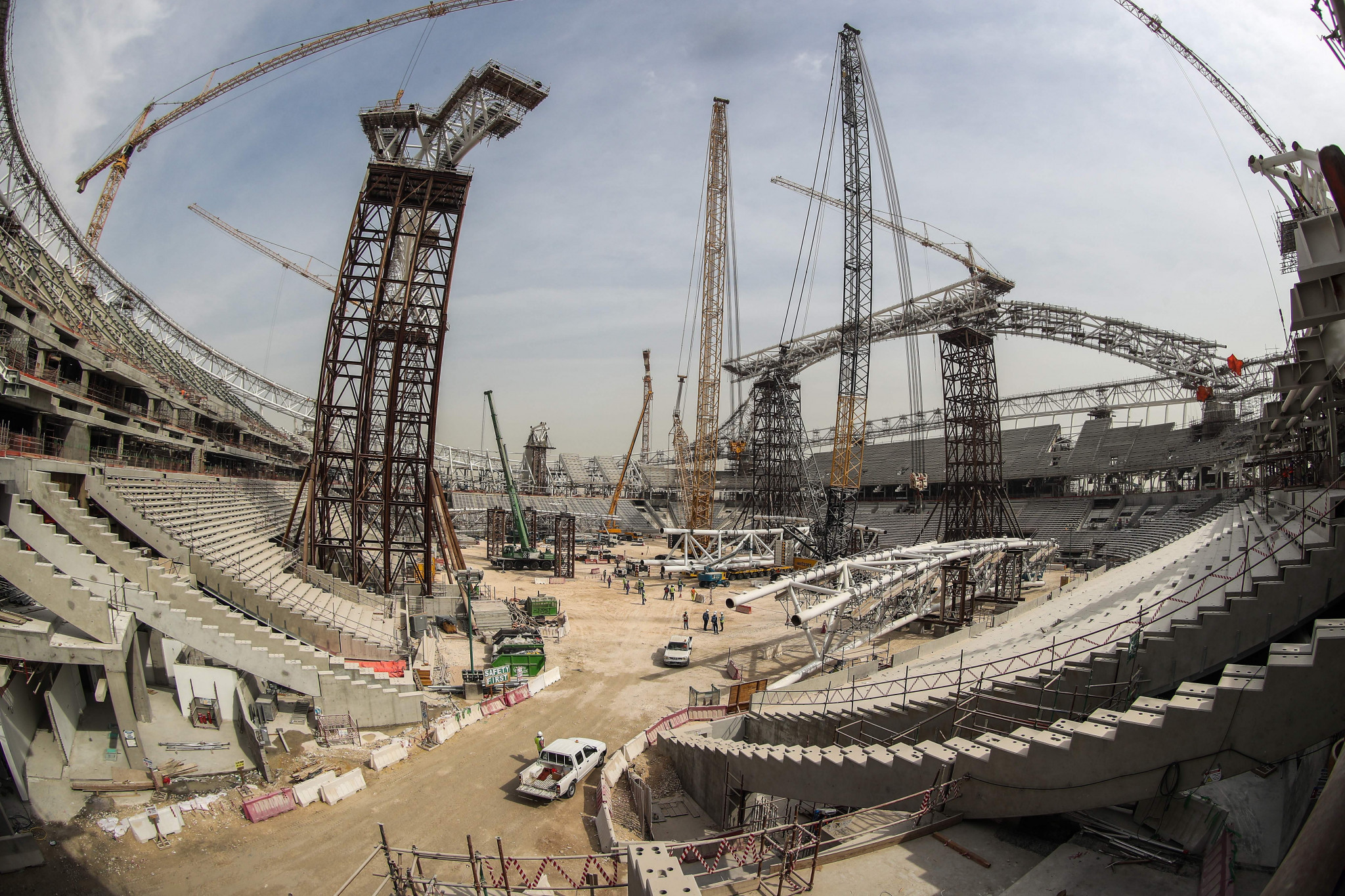 The NFF has been among the most vocal critics in the build-up to the Qatar 2022 World Cup.

Its players wore t-shirts with the slogan "human rights, on and off the pitch" during qualifiers against Gibraltar and Turkey in March last year, although NFF members stopped short of voting for a boycott last June.

Ultimately, Norway did not qualify for a first men's World Cup since 1998, but Klaveness used the opportunity of the 72nd FIFA Congress at the Doha Exhibition and Convention Centre to deliver a wide-ranging speech covering concerns over the rights of women, LGBTQ+ individuals and migrant workers in Qatar.

"Our game can inspire dreams and break down barriers but as leaders we must do it right and to the highest standards," the former Norwegian international said.

"Instead, our members voted at Congress for dialogue and pressure through FIFA as the best way to work for changes.

"Our members do demand change.

"They question the ethics in sport, and insist on transparency.

"They are getting organised and ready to make their voices heard, and we must listen.

"We cannot ignore the calls for change, and how FIFA runs the game has so much to say for how football is perceived in every confederation and in every association.

"FIFA must act as a role model."

Russia and Qatar were controversially awarded hosting rights for the 2018 and 2022 World Cups back in 2010, and Klaveness criticised the bidding process.

Dozens of officials involved in the awarding of the 2018 and 2022 FIFA World Cups have since been banned for breaking ethics rules, and in several cases jailed for corruption.

"Human rights, equality and democracy - the core interests of football - were not in the starting 11 until many years later.

"These basic rights were pressured on to the field as substitutes, mainly by outside voices.

"FIFA has addressed these issues but there is still a long way to go.

"FIFA, all of us, must take all necessary measures to really implement change.

"It is vital that the current leadership continue wholeheartedly in this way, truly moving from policy to impact.

Calls out for change!

The president of The Football Association of Norway, Lise Klaveness, addressed the topics human rights, transparency and equal opportunities in her speech at the @FIFAcom Congress today.
Read the whole speech here: https://t.co/rKYy6STHYJ pic.twitter.com/EOOacXTVTZ

More than 95 per cent of Qatar's construction workforce is believed to be comprised of migrant workers from East Africa, South Asia and South-East Asia, and health and safety failures and non-payment of wages are among the allegations laid against the country.

A Guardian report last year found that more than 6,500 labourers from India, Pakistan, Bangladesh, Nepal and Sri Lanka have died in the country since Qatar was controversially awarded the World Cup in 2010, with 37 of these directly linked to the construction of stadiums for the tournament.

Honduran Football Association President Jorge Salomón claimed that the Congress "is not the right forum or the moment or the stage to discuss and analyse these issues".

Al-Thawadi, secretary general of the Supreme Committee for Delivery and Legacy, hit back at Klaveness, accusing the NFF President of not seeking a meeting with organisers before making her remarks at Congress.

"I'd like to express a disappointment," he addressed the room.

"We have always had the doors open, we will always continue having our doors open, for anybody who wants to understand the issues, who wants to educate themselves before passing any judgement."

The Qatari official then insisted the country has made noted progress on issues raised by Klaveness.

"We are creating legacy before a ball has even been kicked," Al-Thawadi claimed.

"The International Labour Organization has described Qatar's reforms as historic.

"The International Trade Union Confederation considers Qatar's updated laws as a benchmark for the region.

"The Building and Woodworkers' International has compared the safety standards on World Cup sites as equal to those in Europe or North America.

"Remember that a number of these entities that I have mentioned were at one time outspoken adversaries of ours but through taking time to understand the complexities of the situation on the ground and through a shared commitment to improving lives, those who were once adversaries became allies and partners."

Infantino admitted that "not everything is perfect in Qatar", but argued that "exemplary" work had been conducted.

The FIFA President also confirmed his intention to stand for a third term at next year's Congress.