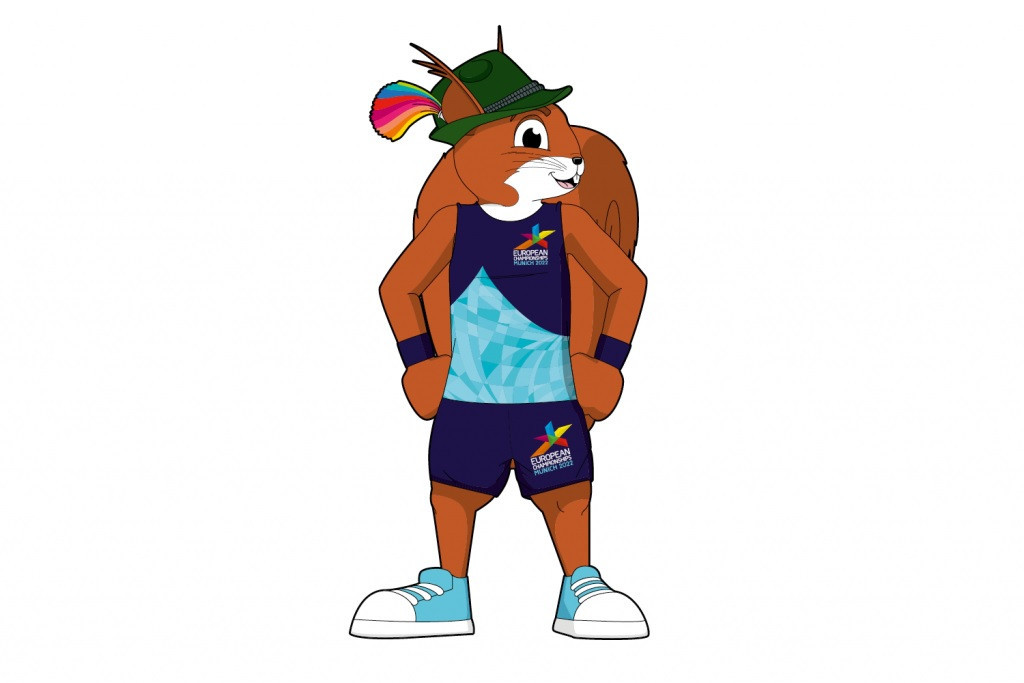 A sporty squirrel wearing a traditional Bavarian hat has been chosen as the official mascot for this year’s European Championships in Munich.

Organisers of Munich 2022 have unveiled "Gfreidi" as the winning entry of their mascot competition after receiving more than 600 drawings and handicrafts from children aged between three and 13.

The now eight-year-old Stephanie from Nuremberg was the artist behind the first draft of the mascot after entering the competition which was launched in May last year.

Munich 2022 said the squirrel’s name "Gfrei Di" means "Be Happy" and believe they "couldn’t have asked for a more fitting mascot".

"Gfreidi is lively, active, curious, and clever - the perfect face for our diverse multi-sport event," a statement from Munich 2022 read when introducing the new mascot.

"The traditional hat is typically Bavarian.

"Here, a sense of belonging to home and tradition meet the European Championships, as the chamois beard picks up on the colours of the nine sports and expresses the colourful diversity of the event.

"With one for each sport, Gfreidi's shirt collection is just as colourful.

"On the other hand, the shorts remain dark blue - the main colour of the European Championships - event logo included.

"The light blue shoes reflect the colour of the Munich 2022 lettering and represent Munich, the host city."

Gfreidi will follow in the footsteps of Waldi, the dachshund dog who became the first official Olympic mascot when the Bavarian city hosted the Olympic Games in 1972.

Waldi was created for Munich 1972 by renowned German designer Otl Aicher, who amongst others was also responsible for designing the logo for German airline Lufthansa.

It was based on a real long-haired dachshund named Cherie von Birkenhof, which Aicher used as a model.

The 2018 European Championships saw two mascots, Berlino the Bear and Bonnie the Seal become the face of the competition, which was shared between Berlin in Germany and Glasgow in Scotland.

In Germany, Berlino the Bear returned after he gained fame during the 2009 International Association of Athletics Federations World Championships.

In Scotland, Bonnie the Seal was created after being designed by around 100 children aged between seven and 12.