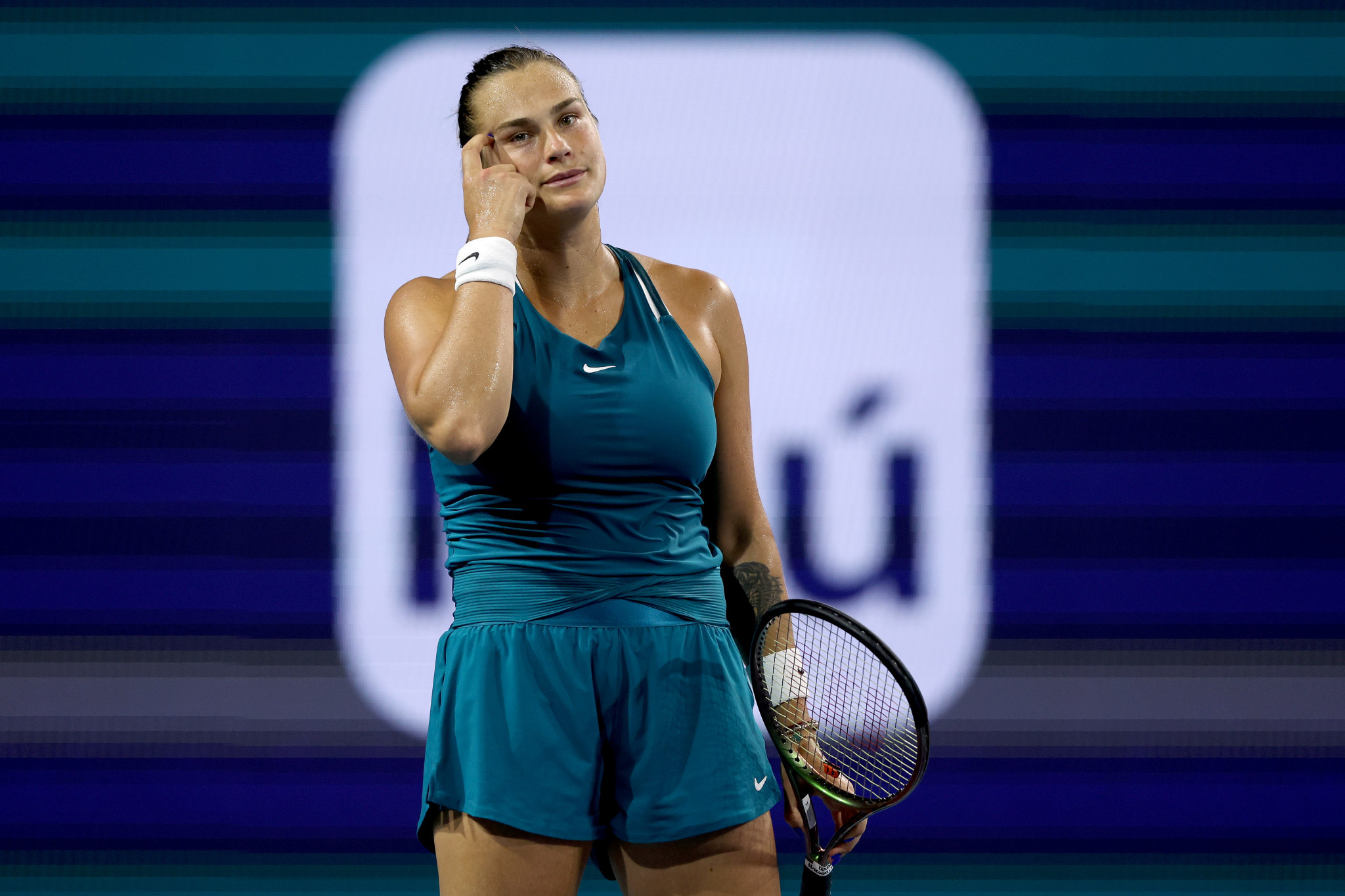 Belarusian Aryna Sabalenka and Estonian Anett Kontaveit suffered early exits at the Miami Open as a series of seeds were defeated in the second round of the women’s singles.

Sabalenka, who was playing as a neutral, was the top seed at the Women’s Tennis Association 1000 Tour event in the United States.

But the 23-year-old was sent crashing out of the tournament by world number 70 Irina-Camelia Begu of Romania at the Hard Rock Stadium.

Begu made just seven unforced errors in the match compared to Sabalenka's 34 as she completed a comprehensive 6-4, 6-4 victory to advance to the third round.

Third seed Kontaveit was also on the receiving end of a surprise defeat as she lost 6-0, 3-6, 6-4 to American Ann Li.

"It's always tough when you win any set 6-0, especially since she's such a great competitor and fighter," said Li.

"I knew she was going to pick up her level and I had to do the same."

US Open champion and 11th seed Emma Raducanu of Britain also came unstuck in the second round, losing 3-6, 6-4, 7-5 to Czech Republic’s Katerina Siniakova.

Ukraine’s Elina Svitolina, seeded 15th, battled hard only to lose to Britain’s Heather Watson who came from behind to triumph 4-6, 6-3, 7-6.

After today’s action, only three seeds remain in the top half of the draw following victories for Tunisia’s Ons Jabeur, American Danielle Collins, and Swiss Olympic champion Belinda Bencic.

Japan’s four-time Grand Slam champion Naomi Osaka, who has slipped to 77th position in the world rankings, boosted her hopes of a run in the competition courtesy of a 6-2, 6-3 thrashing of former world number one Kerber.

Sir Andy saw off Delbonis 7-6, 6-1 and will now look to topple Medvedev, who is playing as a neutral.

"He's played extremely well on the hard courts the last few seasons," said Murray on the prospect of facing the US Open champion and Australian Open finalist.

"He deserves to be right up there at the top of the game.

"It'll be a big challenge for me, it'll be a great test.

"I've got a big training block after this tournament, and it'll be a really good test for where my game's at and things I need to work on as well against him, so I'm looking forward to that."

Rising stars Sebastian Korda and Jenson Brooksby were among four talented Americans to book their places into the second round.