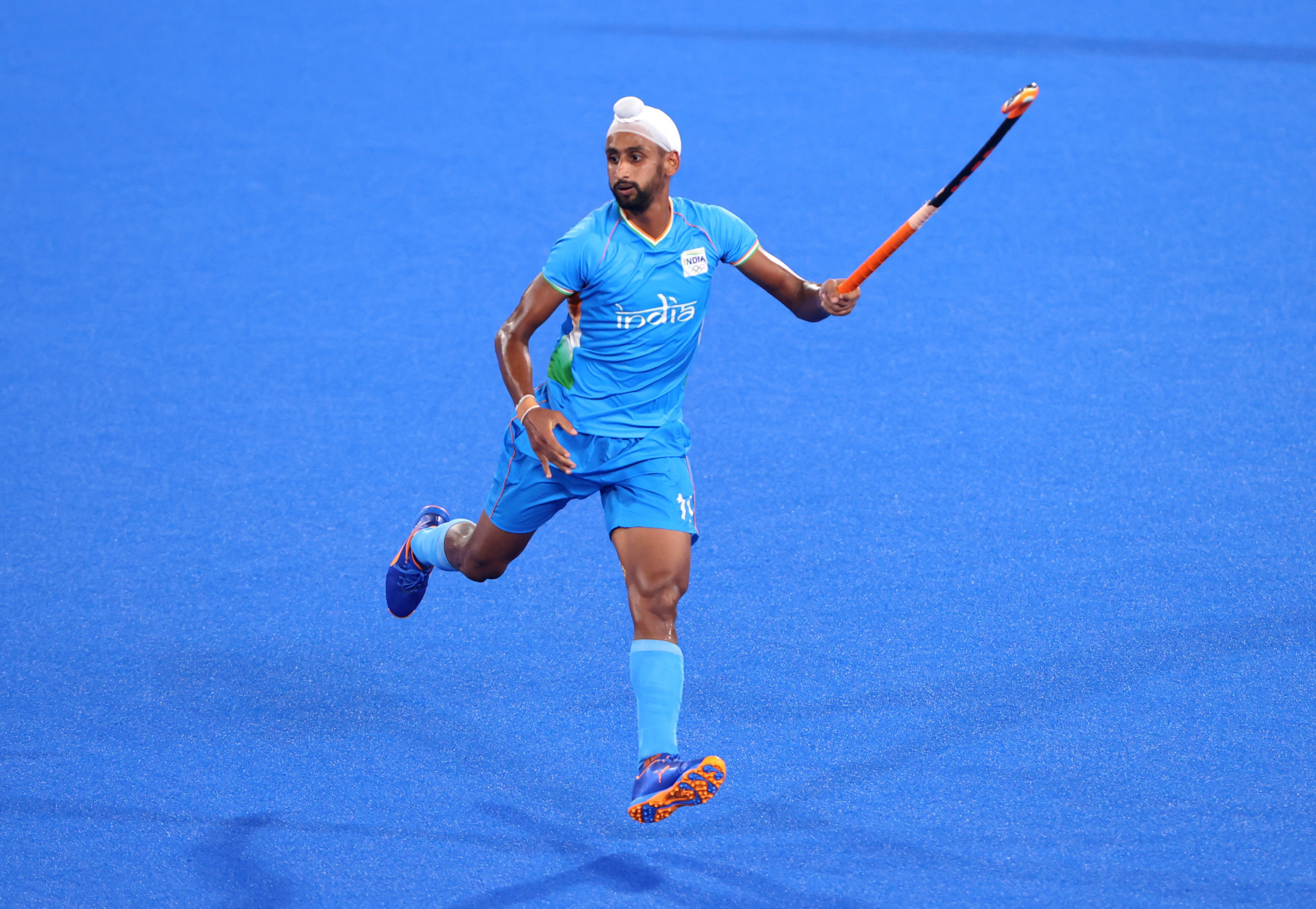 India have bounced back from yesterday’s shoot-out by defeating the Argentines in the men’s International Hockey Federation Pro League at the Kalinga Stadium in Bhubaneswar in India.

The hosts finished the match as 4-3 victors thanks to a last gasp winner by Singh Mandeep.

Before the drama ensued, it first started as a repeat of yesterday with both teams struggling to break the deadlock in the first quarter.

The only real noticeable bit of action was Argentina’s Nicolás Keenan striving to make an impact down the left side of the pitch, though very little was created overall.

In the second quarter, the match sprung into life.

Hardik Singh handed India the lead in the second minute of the quarter after following up the rebound to Varun Kumar’s penalty corner.

India soon doubled their lead when they forced Argentina to pay the price of giving away a penalty corner once Amit Rohidas burst through on goal.

Jugraj Singh scored from it to give his team a handy advantage.

Despite the deficit, Argentina did not give up.

They created chance after chance but could not capitalise and they headed into half-time with plenty of work to do in the second half.

Two minutes into the third quarter, the Los Leones started fast, and they soon believed their early efforts had been awarded with a crucial penalty stroke when Agustin Bugallo was fouled.

However, the decision was overturned.

While Argentina attempted to get back into the game, India tried to kill it.

Mandeep was unlucky in his efforts to control an aerial pass, which split Argentina’s defence, while Harmanpreet Singh went close with a penalty corner.

Eventually, Argentina were the ones to strike first in the second half.

Martín Ferreiro led a fast-paced attack which resulted in a penalty corner and Nicolás della Torre delivered the goods to make it 2-1.

The significant third goal swung the momentum in Argentina’s favour as India lost grip of their structure and conceded in the final quarter.

Tomas Domene was given a penalty stroke and he made no mistake to tie the match.

Despite squandering their lead, India fired back through Jugraj’s penalty corner nine minutes from the final whistle.

A minute later, Jugraj thought he had completed his hat trick, but an umpire’s video referral overturned the decision.

Ferreiro realised Argentina were in desperate need of something special, so he weaved between defenders with the ball and produced a stunner to equalise with only three minutes left.

Unlike yesterday, this match was not destined for a penalty shoot-out as Mandeep heroically turned Jugraj’s pass in to hand India the victory.

The win means India have climbed to the top of the table in front of The Netherlands while Argentina sits in fourth, a point behind Germany.