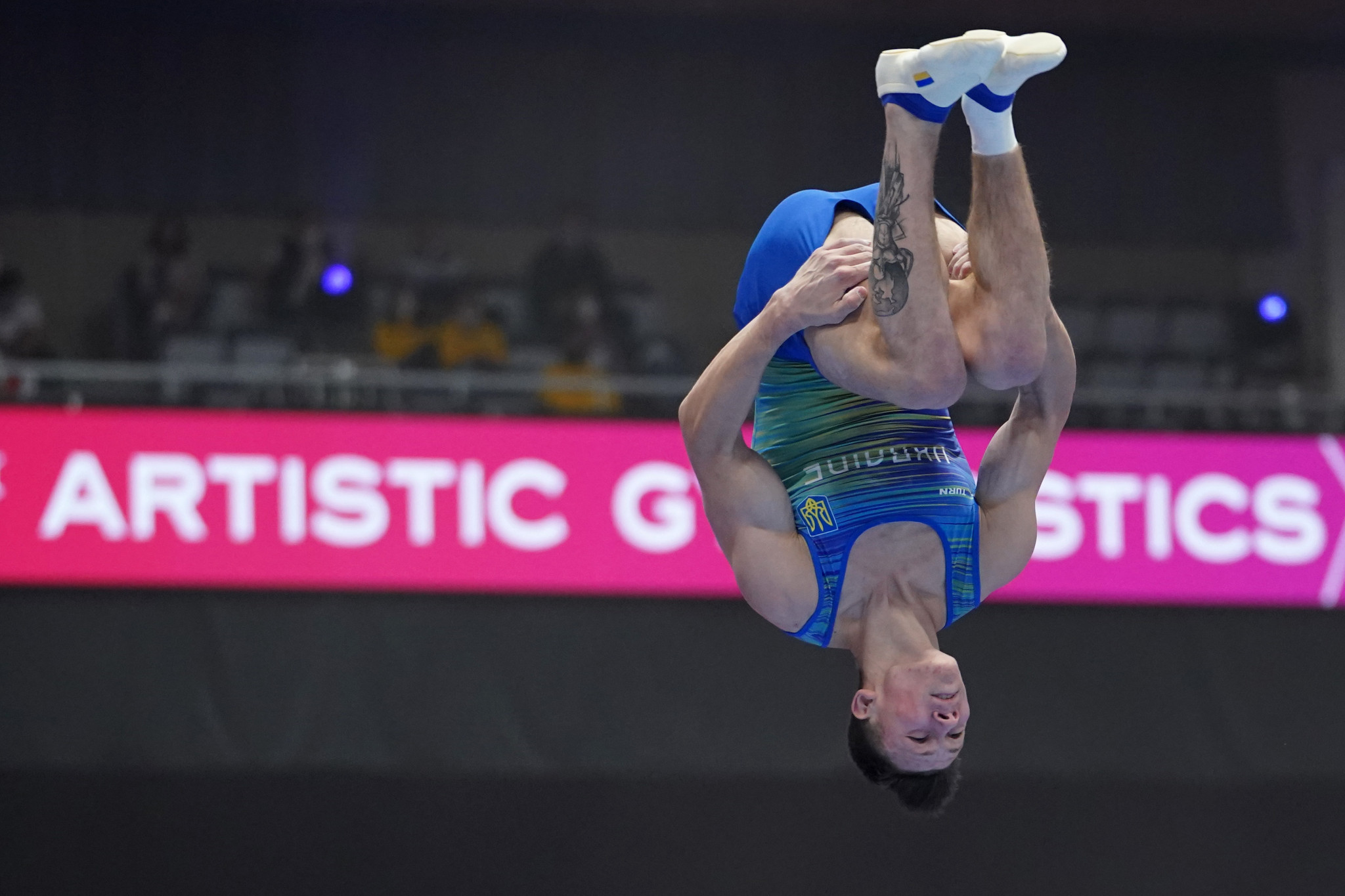 Kasianenko and Batrona produced great displays in the women’s balance beam event where they earned gold and bronze medals respectively.

Kasianenko, 15, topped the standings for a performance that was judged to be worth 13.400 points while Batrona, also 15, scored 12.166 to finish third.

Hungary’s Zsófia Kovács came away with silver in the event thanks to a total of 13.133.

Kovtun immediately followed up his compatriots by taking gold in the men’s parallel bars.

Off the back of his victory in the men’s still rings yesterday, Armenia’s Vahagn Davtyan tallied an unbeatable 14.983 to take his second gold of the tournament in the men's vault discipline.

Chepurnyi took silver after recording 14.849 and Artem Dolgopyat, who won yesterday’s floor event, was handed bronze thanks to a score of 14.450.

The women’s floor exercise saw Canada’s Laurie Denommée pick up bronze after scoring 12.733, which is her third medal in the competition.

Hungary’s Dorina Böczögő was the victor in the discipline thanks to a total of 12.733 while Uzbekistan’s Dildora Aripova secured silver with 12.600.

Carlo Mancchini of Italy was the event winner of the competition with a gold in the high bar.

His commanding score of 14.400 was superior to Paul Juda of the United States’ and Alexander Myakinin of Israel.

The American scored 13.933 to take home silver and the Israeli scored 13.666 to secure bronze.