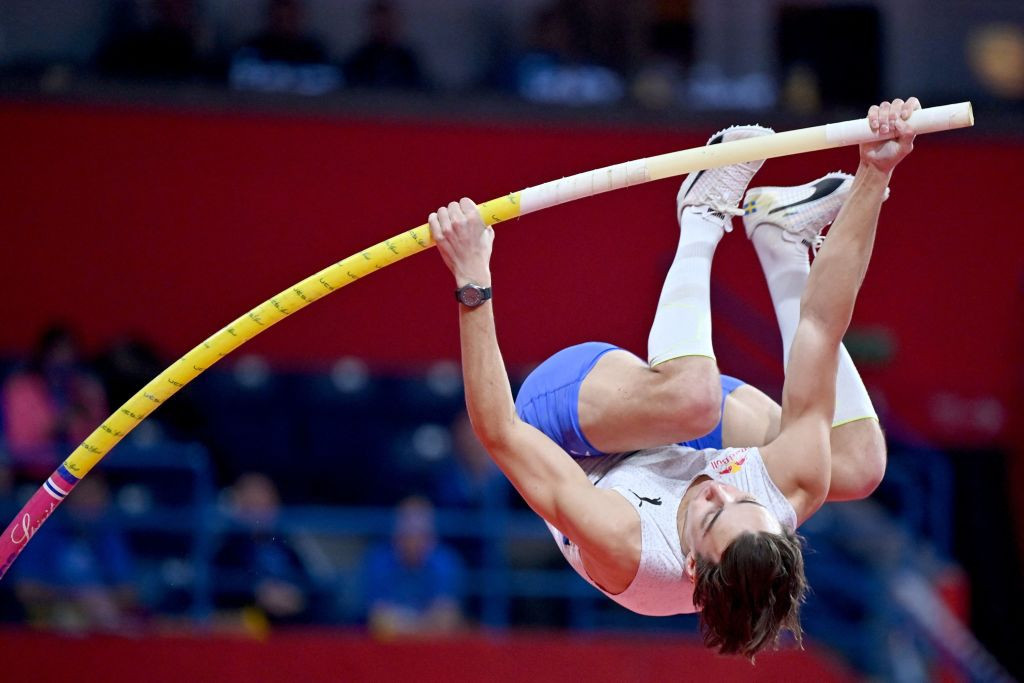 Twenty Olympic champions have converged in Serbia for the three-day World Athletics Indoor Championships that start in Belgrade tomorrow - four years after the normally biennial event was last held in Birmingham.

After the vicissitudes of COVID-19, the 18th edition of these Championships will take place in front of a packed and knowledgeable crowd in the Stark Arena and will present a rich array of talent - they will be well worth the wait.

Olympic men’s pole vault champion Mondo Duplantis will seek his first world title on Sunday at the same venue where he cleared 6.19 metres on March 7 to set his third world record - and he will be looking for the landmark height of 6.20m.

In the wake of his achievement the 22-year-old Swede commented: "I don’t think this is the highest that I’m ever going to jump.

"There’s going to be a lot more to come.

"This is a really good place to jump for championships and I’m going to try and put something else higher."

But such is the quality of the competition that it involves three other men who have cleared 6.00m or better, and none is in better form than the man who took silver behind Duplantis in Tokyo last summer, Chris Nilsen, who recently set a US indoor record of 6.05m.

One of the other compelling head-to-heads in Belgrade will take place in the men’s 60 metres, where Italy’s Lamont Marcell Jacobs, shock winner of the Olympic 100m title, seeks to add the world to the European indoor title he won last season.

That will set him against the world 100m champion, Christian Coleman of the United States, back after the 18-month suspension for anti-doping whereabouts failures that prevented him running at the Tokyo 2020 Olympics.

Ukraine have entered a team of six - all female - including high jumper Yaroslava Mahuchikh, the Olympic bronze medallist and world silver medallist, who will be favourite in the absence of the Russian world and Olympic champion Mariya Lasitskene, whose chances of competing as an Authorised Neutral Athlete were ended by the latest World Athletics ban on March 1.

"I am happy to defend my #WorldIndoorChamps title in front of my home crowd," says @IvanaSpaNOv1c 🇷🇸.

"I want to use all the energy there is here to produce the best possible jumps." pic.twitter.com/3gwgFLXaot

But Australia’s in-form Eleanor Patterson could give her a run for her money.

Britain’s 20-year-old European indoor 800m champion Keely Hodgkinson, who went on to take Olympic silver last summer before winning the Diamond League title, is now in pursuit of a new title in the absence of the Olympic champion, her contemporary Athing Mu.

The men’s 60 metres hurdles will see world 110m hurdles champion and Olympic silver medallist Greg Holloway seek to extend an extraordinary winning run in the event that goes back eight years, since he was 16, and encompasses more than 50 races.

Who can halt him?

Maybe, just maybe, the exuberant 30-year-old Frenchman, current outdoor European champion Pascal Martinot-Lagarde, who is after a world indoor gold after two silvers and a bronze.

Home fans will be watching with rapt attention as Ivana Vuleta defends the title she won under her maiden name of Spanovic, with the hope and intention of matching the landmark distance of 7.24 metres she managed in securing the European indoor title in Belgrade five years ago.