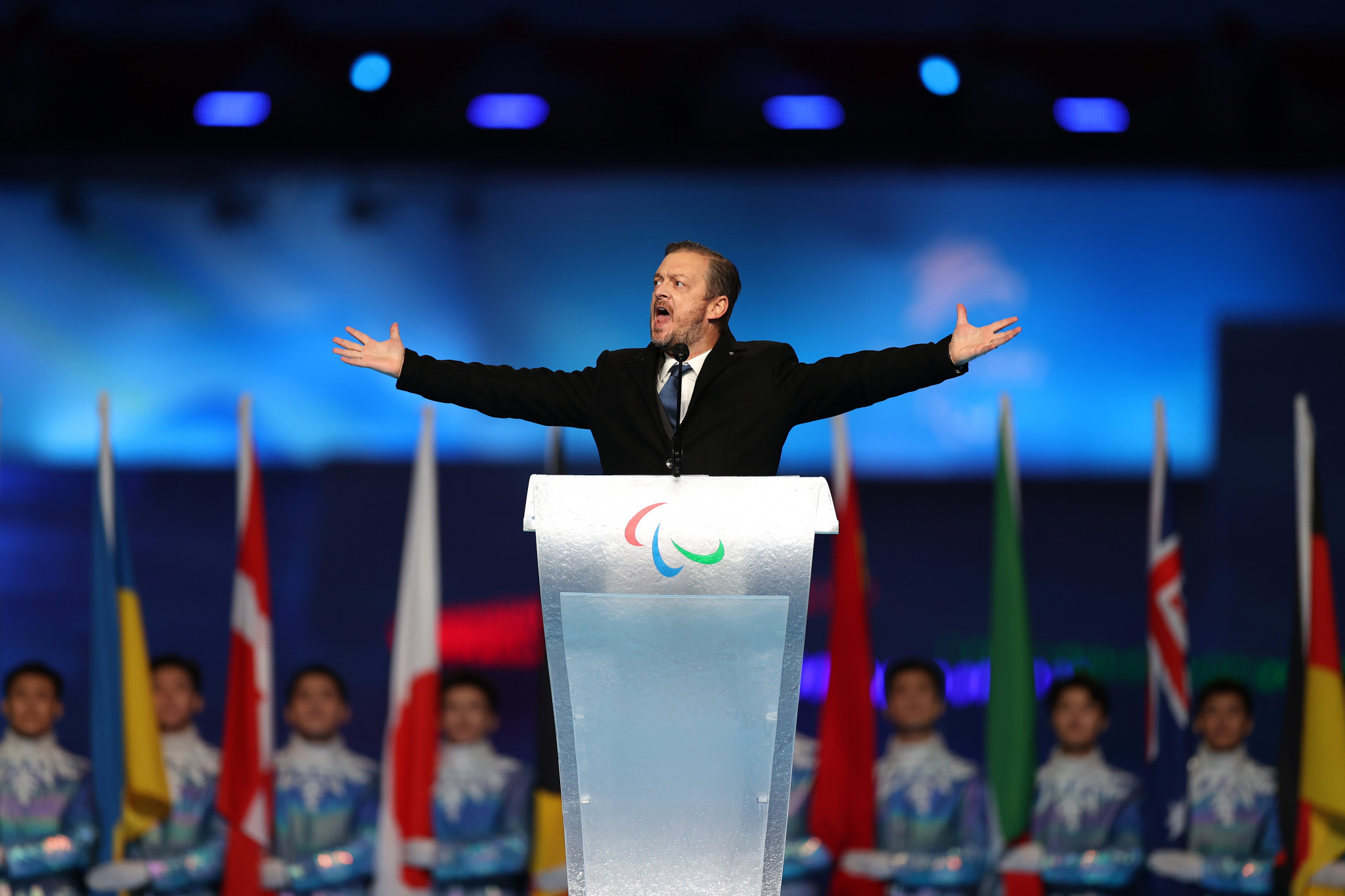 International Paralympic Committee President Andrew Parsons hailed athletes as "champions for peace" and hopes world leaders will be inspired by their actions as the Winter Paralympics came to a close in Beijing.

Parsons' comments came in his speech at the Closing Ceremony at the Beijing National Stadium where he praised participants for demonstrating a "united" approach during the "most difficult of times".

Ukraine remained under attack from Russian forces while the Winter Paralympics took place in the Chinese capital.

Parsons gave an impassioned speech at the Opening Ceremony where he said he was "horrified" by what was happening in the world, and he was determined to heap praise on the efforts of athletes over the past 10 days when speaking at today’s spectacle.

"During the most difficult of times, your performances shone brightly," said Parsons.

"Rather than rely on history, you created it.

"On ice and on snow, you produced moments of magic and moments to savour.

"In the face of adversity, you showed strength in diversity.

"As proud Paralympians, you thrilled, you surprised, you inspired.

"You displayed determination, courage and skill.

"You showed new levels of resilience and respect.

"You played hard, but you played fair.

"You turned your talents into triumphs.

"As beacons of hope, and champions for peace, your actions spoke way louder than words."

Athletes from Russia and Belarus were due to compete at the Games after arriving in Beijing before the IPC performed a U-turn amid concerns other participants would boycott the event.

"Differences here did not divide us.

"Together for a shared future.

"Through this unity we have hope.

"Hopes for inclusion, hopes for harmony, and importantly hopes for peace.

"The feeling of hope is part of human experience.

"Humankind hopes to live in a world where dialogue prevails.

"Our movement hopes world leaders be inspired by the actions of proud Paralympians."

Beijing 2022 President Cai Qi also highlighted athletes' "steely will" and "power of tenacity and fortitude" at the Games played under strict COVID-19 countermeasures.

Biathlete Vitalii Lukianenko was given the honour of being Ukraine’s flagbearer for the Parade of Nations after earning two golds and one silver medal.

Despite all the troubles in their native country, Ukrainian athletes performed superbly, securing 11 gold, 10 silver and eight bronze medals to rank second in the standings behind China.

The Closing Ceremony, directed by Zhang Yimou and Shen Chen, started with the spinning of a record player in the centre of the arena showing highlights of action from the Games before it turned into a blue earth.

The logo of the "WeThe15" campaign, aimed at changing attitudes and creating more opportunities for people with disabilities, also appeared on the record as the Closing Ceremony recognised impaired volunteers.

There was also a performance, called "Call of Love", where cast members with disabilities incorporated the use of sign language with elements of arm dances.

The Milan Cortina 2026’s segment at the Closing Ceremony was entitled "We are the Light" and included a video featuring Italian Paralympians that competed at Beijing 2022.

Light was used as Milan Cortina 2026 felt it symbolised energy, movement and sport, claiming it can transform perspectives and ignite change.

The Closing Ceremony concluded with the reappearance of the record player as the small Paralympic Flame situated in snowflake-shaped Cauldron was slowly extinguished before a spectacular firework display lit up the sky.

"You delivered stunning, secure and spectacular.

"For sure, China has set a benchmark for all future winter Games.

"For certain, China is now a Paralympic winter sports powerhouse."