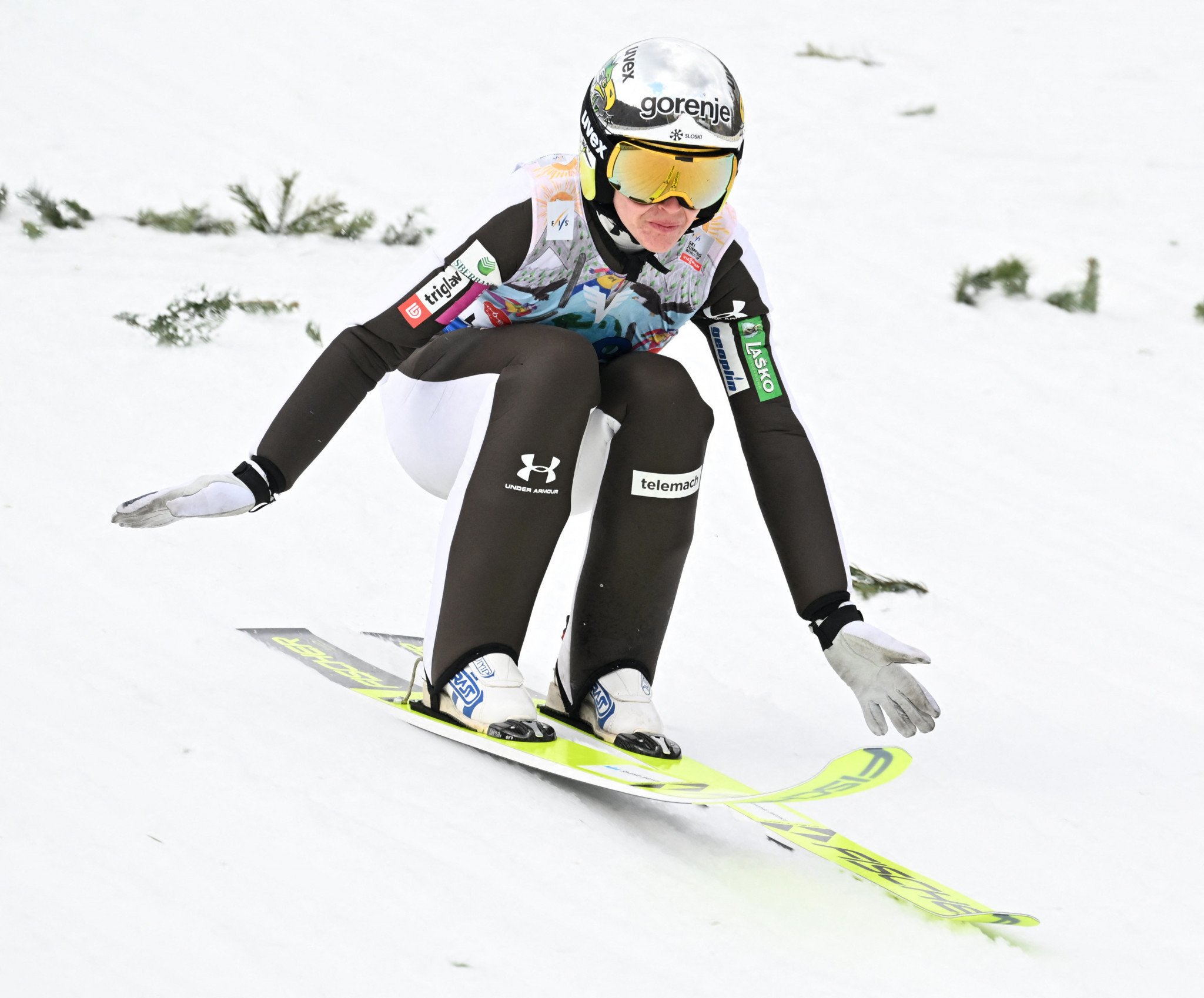 Top qualifier Bogataj backed up her performance yesterday, acheving the highest scores in both competition rounds at Kanzlersgrund in the Black Forest.

Bogataj achieved a first-round jump of 98 metres to earn 130.5 points, placing her top of the standings at the halfway mark.

Her second-round jump was a narrow improvement to 98.5m, adding 136.5 points to her tally, to finish with 266.8 and secure her second individual World Cup triumph.

Both victories have come after the 27-year-old claimed the Olympic title at Beijing 2022 last month, having won earlier this month at Lillehammer, where she had made her World Cup debut in 2011.

Fellow Slovenian Nika Kriznar finished as the runner-up on 261.1 points, followed by Germany’s Katharina Althaus on 254.8.

The top five was completed by Japan’s Sara Takanashi and Slovenia’s Ema Klinec, who scored 243.4 and 238.2, respectively.

Kramer finished sixth on 233.2 points with the result confirming her as winner of the Crystal Globe.

The 20-year-old needed to finish 26th place or higher in either of the final two events to seal the five points needed to secure the overall title.

Her overall success was largely built in the first half of the season, where she earned six World Cup wins to build a lead over her rivals.

The title will offer some consolation to Kramer after was forced to miss the Winter Olympics in Beijing following a positive COVID-19 test the day before she was due to travel to China.

Kramer added one further World Cup win to her tally after recovering from the virus, winning in Lillehammer earlier this month.

Tomorrow’s event offers 100 points for the winner, meaning Kriznar is unable to overtake Kramer regardless of the result with this being the final competition of the race following the cancellation of the next two scheduled legs in Nizhny Tagil and Chaykovsky following Russia's invasion of Ukraine.