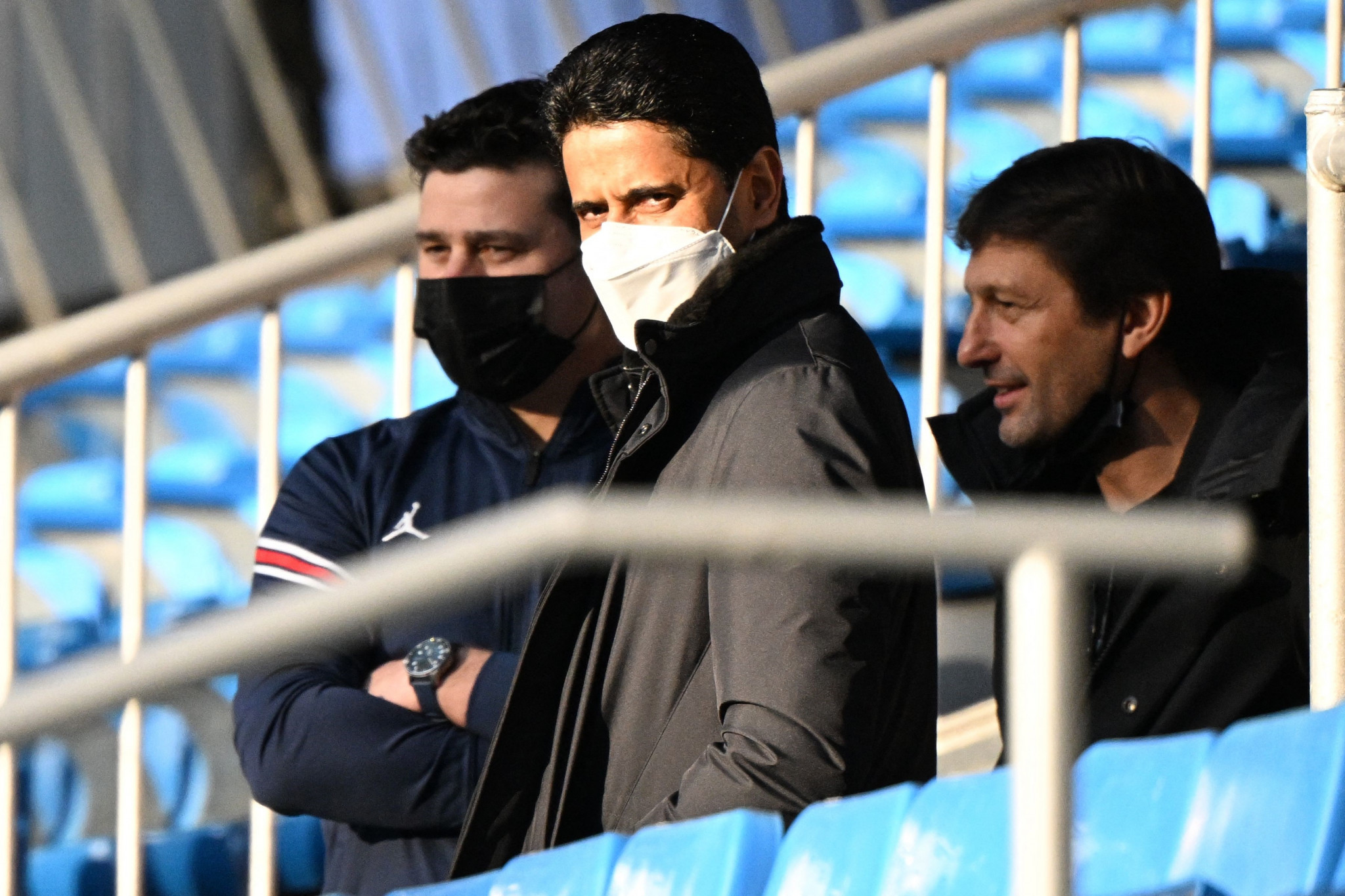 Paris Saint-Germain (PSG) President Nasser Al-Khelaifi is under investigation by UEFA following his alleged confrontation with match officials in the aftermath of his side’s agonising defeat to Real Madrid in the Champions League.

European football’s governing body has confirmed that it has opened disciplinary proceedings into the reported actions of both the UEFA Executive Committee member and PSG sports director Leonardo immediately after the last-16 match.

Al-Khelaifi and Leonardo reportedly confronted referee Danny Makkelie at the Santiago Bernabéu Stadium after PSG let slip a 2-0 lead to lose 3-2 on aggregate on Wednesday (March 9).

It has been reported that Makkelie claimed in his post-match report that Al-Khelaifi and Leonardo demonstrated "aggressive behaviour" and tried to enter the referees’ locker room.

Makkelie also reportedly accused the pair of blocking the door and alleged that Al-Khelaifi "deliberately hit the flag of one of the attendees, breaking it".

According to Spanish media, a Real Madrid employee filmed the incident in the tunnel before Al-Khelaifi demanded that they delete all the videos, reportedly saying "I’m going to kill you".

The complaint is believed to centred around the first of Karim Benzema’s third goals when the Real Madrid striker dispossessed PSG goalkeeper Gianluigi Donnarumma before slotting home.

PSG head coach Mauricio Pochettino claimed it was a "clear foul" by Benzema on Donnarumma and said there was a feeling of "a lot of injustice".

A statement from UEFA read: "We confirm that a disciplinary case has been opened.

"The UEFA Control, Ethics and Disciplinary Body will take a decision in due course."

The Athletic reported that Al-Khelaifi and Leonardo had also questioned a decision by referee Daniele Orsato at half-time in the first leg against Real Madrid at the Parc des Princes in Paris on February 15.

Al-Khelaifi is currently serving his second term on the UEFA Executive Committee after being first elected as a member in 2019.

The Qatari official is the chairman of the European Club Association and has been President of PSG since 2011 following Qatar Sports Investments' acquisition of the French club.

This week, Al-Khelaifi attended an appeal hearing in Switzerland over allegations of corruption relating to a World Cup television rights deal.

He has been accused of giving former FIFA secretary general Jerome Valcke exclusive use of a luxury villa in Sardinia.

Swiss prosecutor Cristina Castellote requested prison sentences of 28 months for Al-Khelaifi and 35 months for Valcke after launching an appeal against the verdicts.

Al-Khelaifi and Valcke have denied any wrongdoing, claiming the villa deal was a "private arrangement" that was unrelated to the broadcast rights contract.