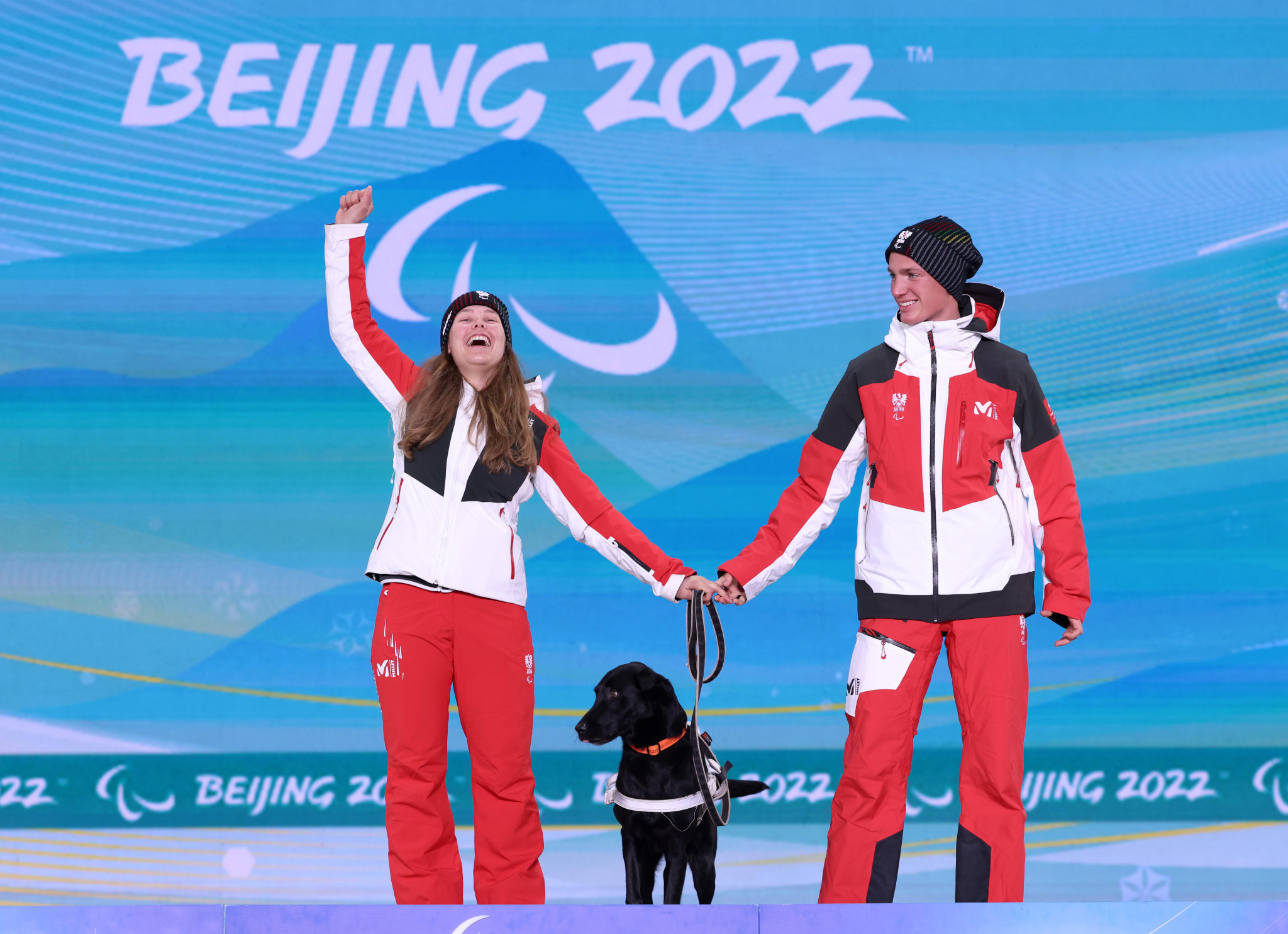 Fresh from wining a first Paralympic gold medal, Austrian cross-country skier Carina Edlinger has paid tribute to her guide dog Riley, saying the success would not have been possible without the canine.

The 23-year-old won the gold medal in the women's vision impaired sprint with skiing guide Lorenz Josef Lampl, finishing more than six seconds in front of Oksana Shyshkova and her guide Andriy Marchenko from Ukraine.

"I would definitely not have flown without him, that was my criterion," Edlinger said.

"I certainly didn't make it easy for the ÖPC because they had to set a lot in motion [to get the dog to China], but it paid off.

"Every volunteer has now taken a selfie with him, it seems to me he's more famous in the Paralympic Village than the Chinese President.

"Everyone waves to him and shouts after him, that's nice.

"He just belongs to me and is much more than just a guide dog."

Edlinger did not finish the long-distance race in Zhangjiakou, before claiming the Paralympic title in the sprint - adding to a bronze in the middle-distance race won at Pyeongchang 2018.

"I'm rarely speechless, but today I am," Edlinger said after winning the race.

"The last few years were damn hard, there were always hurdles in the way.

"I had a lot of doubts and didn't know how to proceed.

"I've always said that if it does then it can be this race.

"If I can no longer do the skating sprint, I should give it up.

"The fact that we won today shows that I can still do it."

The Austrian is scheduled to compete in the women's middle-distance cross-country race on Saturday (March 12), the penultimate day of the Paralympics.