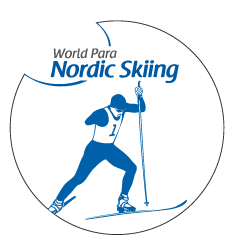 Skiing with her guide brother Julian Josef, the double world champion clocked a time of 7 min 53.9sec to overcome Ukraine’s Oksana Shyshkova, guided by Volodymyr Ivanov, by 31.6 seconds over 2.5 kilometres.

The win, her fourth over as many editions, earned the 18-year-old the World Cup crown in her debut season.

Edlinger finished 10 points clear of Shyshkova in the standings and is expected to be one to watch at next year’s Winter Paralympic Games in Pyeongchang.

Edlinger cemented second place with her result from today, once again ahead of Shyshkova in third.

The men’s title was claimed by multiple world champion sit skier Maksym Yarovyi of Ukraine after his short-distance race win in 14:12.4.

Ukraine’s Ihor Reptyukh finished second behind Yarovyi in the men’s World Cup, despite rounding off the podium in the men’s short-distance standing.

Coming into today’s race, Yarovyi had already etched his name onto the men’s sitting trophy ahead of Sin in second.

With the World Cup winners also decided in the other classifications 24 hours previously, athletes were fighting for second and third place on the leaderboard.

World champion Benjamin Daviet of France was the victor in the men’s standing race in 12:19.7.

Sweden’s Helene Ripa reached her first podium this year with a second-place finish in 8:18.12, while Kononova’s team-mate Iuliia Batenkova was third in 8:18.5.

The World Cup top three was made up of Kononova, compatriot Liudmyla Liashenko and Batenkova.

Multiple world medallist Andrea Eskau of Germany posted a time of 8:07.8 to beat World Cup title winner Oksana Masters of the United States in the women’s sitting by 12.4 seconds.

The trio occupied the same places in the World Cup standings.

Rounding off the action in Sapporo today was the men’s visually impaired event as the US’s Jacob Adicoff, guided by Sawyer Kesselheim, skied to his third triumph of the season with a time of 13:00.9.

The 21-year-old finished ahead of Ukraine’s Iurii Utkin, guided by Ruslan Perekhoda, by 47.8 seconds.

The biathlon World Cup deciders are due to take centre stage in Sapporo from Tuesday (March 21) with the middle distance.