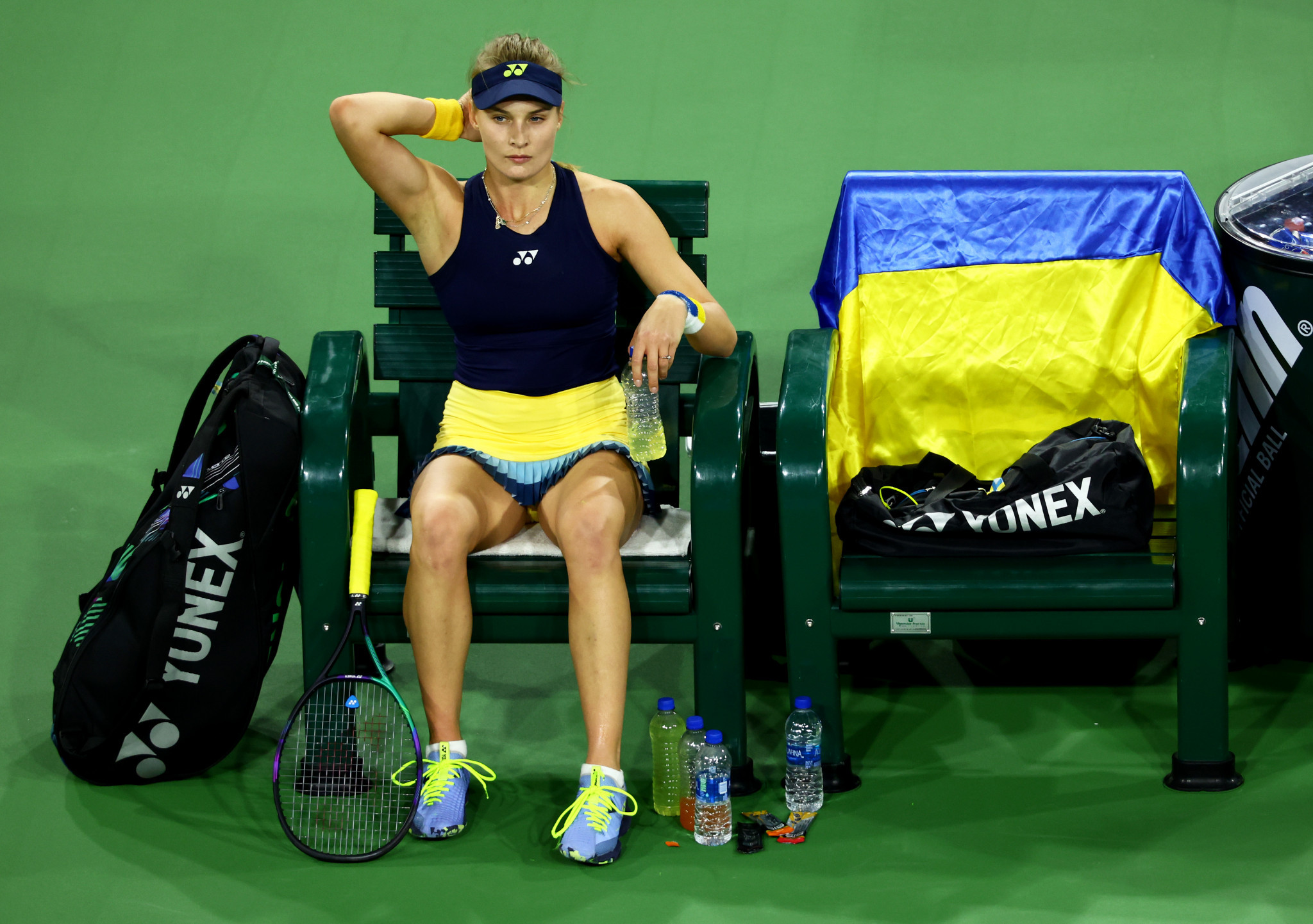 Ukrainian wildcard Dayana Yastremska suffered a first-round exit at the Indian Wells Masters, while it has been confirmed that the men's event will not feature the unvaccinated Novak Djokovic.

The Serbian is not inoculated against COVID-19 and therefore cannot enter the United States.

Twenty-time Grand Slam singles champion Djokovic did not withdraw until today, however, when the draw had already been made.

It means Andrey Rublev, the seventh seed competing as a neutral in California, will be the highest seed in the bottom quarter of the draw, with 33rd seed Grigor Dimitrov of Bulgaria now getting a bye into the second round.

Round one of the men's singles begins tomorrow.

Women's singles round one began today, with Yastremska's match against France's Carolina Garcia among the more eye-catching encounters.

Yastremska showed plenty of heart against the Garcia - including winning a second-set tiebreak 10-8 to take it to a decider - but ultimately could not recapture the form which carried her to the final of the Lyon Open last week.

Yastremska is donating all prize money she wins to Ukraine relief efforts and fled the country by boat after Russia invaded.

Anna Kalinskaya of Russia advanced to the second round of Indian Wells with a message. pic.twitter.com/Hjomjixuae

Croatia's Petra Martić and Estonian Kaia Kanepi both reach the second round of the Women's Tennis Association 1000 event in straight sets.

Anna Kalinskaya - competing as a neutral with Russia's flag banned - beat Frenchwoman Harmony Tan via walkover, leading 6-2, 1-0 at the time.

Kalinskaya had written "No war" on her shoes.

Grand Slam winner Sofia Kenin was not able to join Kalinskaya in the second round.

Kenin's serve was off as she produced 11 double faults and was broken six times.