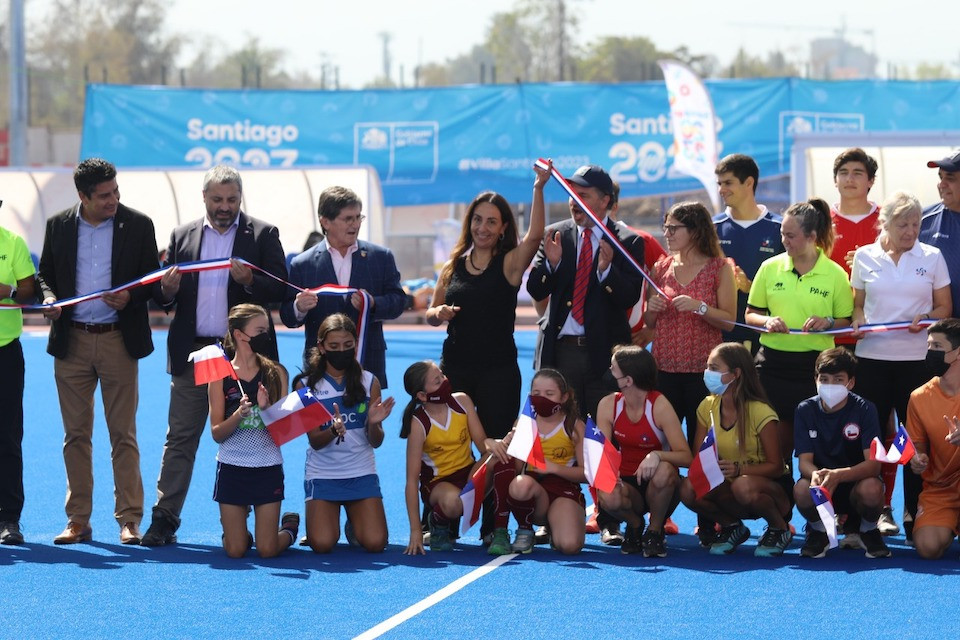 Chile has officially inaugurated the first venue for the Santiago 2023 Pan American Games at the National Stadium Sports Park in the presence of athletes, Governments, and sports authorities.

Santiago 2023 is scheduled to run from October 20 to November 5, the first time the competition has been held in Chile’s national capital, most known for its snow-capped mountains.

According to the Chilean Ministry of Sports, the facility has a total surface area of "23,500 square metres" and it features an "automatic irrigation system" and other facilities such as "dressing rooms, bleachers, benches and electronic board."

"These fields were justified and necessary for a sport that has given our country great satisfaction," said Chilean Sports Minister Cecilia Perez.

"I am proud that we are meeting the deadlines so that in just 19 months we will receive more than 10,000 athletes at the great sports festival of the Pan American and Parapan American Games of Santiago 2023."

All the coaches were expecting to finally have high standard fields, which can be used for national team level, and their enthusiasm for the inauguration of this huge sports facility was evident during the ceremony.

"It’s wonderful for the entire sports family and for our hockey family.

"We want to thank all of the people who trusted in us and our players to be able to fulfil this dream of having our own home."

Athletes were also excited about the inauguration of the centre.

"We are so proud, this was unthinkable," said men’s team captain Fernando Renz.

"It really is a dream come true to have your own home.

"The courts are of excellent quality, the ball runs fast, the infrastructure is very good.

"Very nice challenges are coming and before we had to rent a field, so now we have our own field and that is very helpful."

Midfielder Constanza Palma has also demonstrated her excitement with the new facility.

"The facilities are first class and we are very grateful," she said.

"We had been working on this for a long time and we finally achieved it. We couldn’t be happier."

A friendly match was contested between two mixed teams between the men’s and women’s players, the “Diablos” and “Diablas”,  after the ribbon-cutting ceremony.

The team was recently qualified for the Field Hockey World Cup in India which will take place in January 2023.