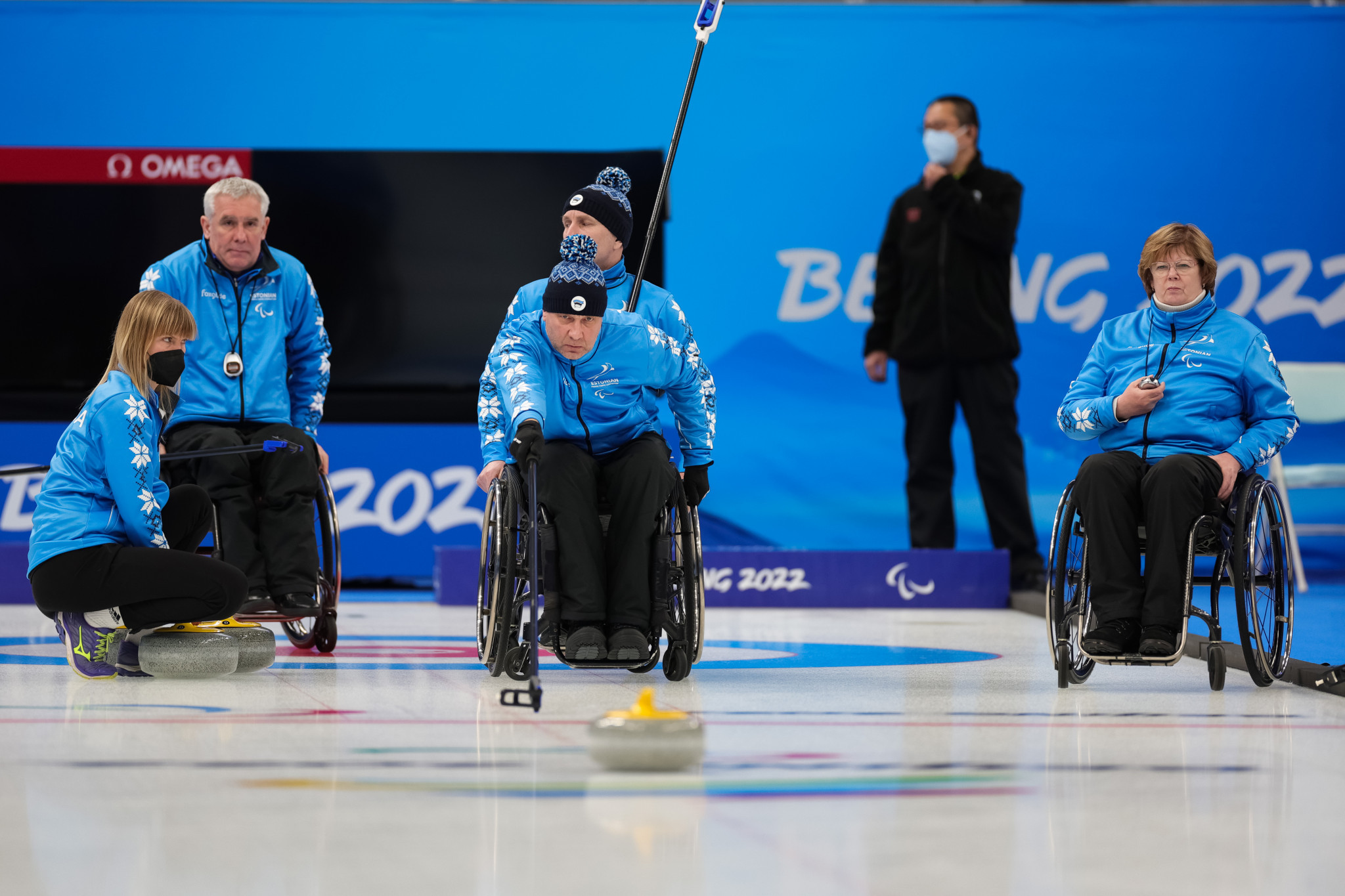 The Russian Paralympic Committee's curlers, who were set to compete as Neutral Paralympic Athletes, will not feature in the wheelchair curling event at the Beijing 2022 Paralympic Games after Russia launched a military assault against Ukraine last week.

Condemning the attack, the World Curling Federation sympathised with the people of Ukraine and said that it hoped that the situation would be resolved peacefully at the earliest opportunity.

"The World Curling Federation empathises with the athletes who have trained for years to reach these Games, however, it ultimately believes this decision taken by the International Paralympic Committee was the only option available to maintain the integrity of the competition," read a statement.

According to the World Curling Federation, the field in Beijing will now comprise of 11 teams.

A team that has a bye will be allowed to practice for 30 minutes at the start of the scheduled game time.

Teams with a bye will not have a pre-game practice and last stone draw will also be excluded from the pre-game introductions.

Wheelchair curling competition at the Beijing 2022 Winter Paralympics is scheduled to be held from March 5 to 12 at the National Aquatics Centre in Beijing.