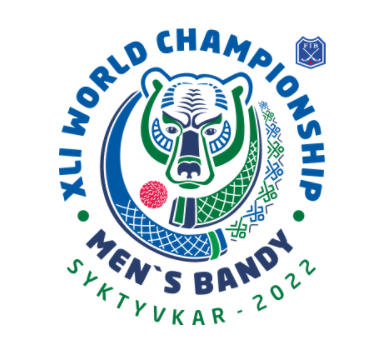 Sweden and Finland have refused to participate at two global bandy championships due to be held next month in Russia, citing the latter's military assault on Ukraine.

The Swedish and Finnish Bandy Federations have announced they will not participate in the postponed men's World Bandy Championships due to be held in the Russian city of Syktyvkar from March 27 to April 3.

They have also boycotted the men's World under-17 Championships set for Kemerovo from March 24-26.

The reason given for both decisions was the deteriorating military-political situation involving Russia and its next-door neighbour.

The World Bandy Championships were due to have been held in Syktyvkar in 2021, but were postponed until this year due to COVID-19 concerns.

Last October, it was announced that the 2020 World Championships due to have taken place in the Russian city of Irkutsk, would be postponed for a second time due to COVID-19 concerns and re-allocated dates in October 2022 after the Syktyvkar staging.

Russia was banned from hosting major events such as World Championships by World Anti-Doping Agency (WADA) sanctions, initially for four years until this was halved by the Court of Arbitration for Sport (CAS) in December 2020.

The CAS ruling said Russia should be stripped of any events it already has the right to host "unless it is legally or practically impossible to do so."

But in June 2021, the Federation of International Bandy (FIB) received approval for an exemption to the CAS sanctions against the host country.

WADA confirmed the FIB had received an exemption for its World Championship, citing the postponement from 2020 to 2021 and the lack of interest and facilities from other nations in hosting the event.