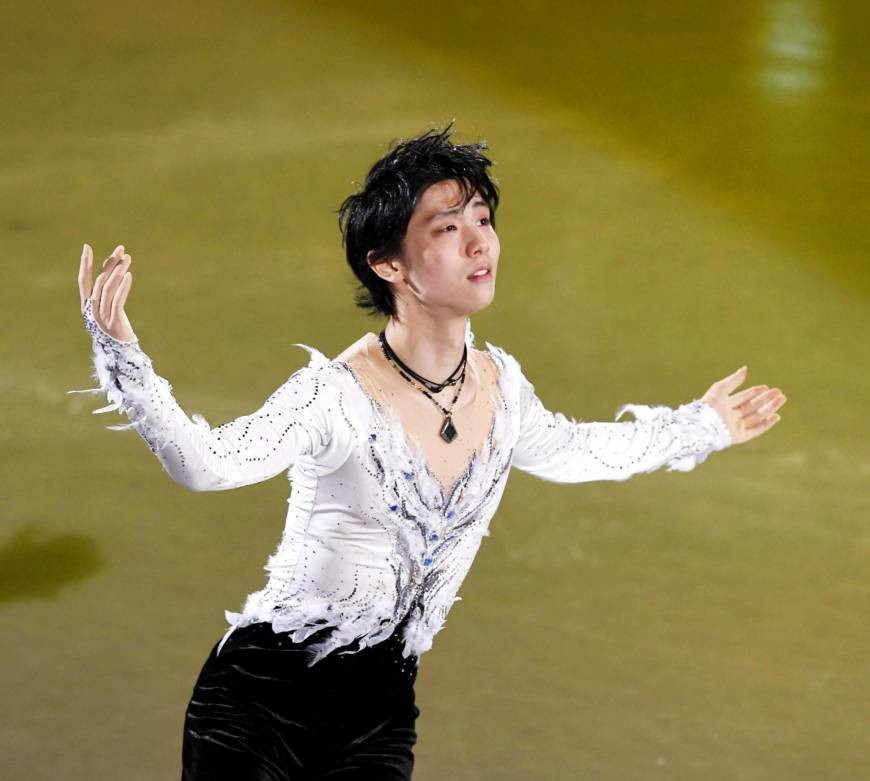 Japan's figure skating superstar Yuzuru Hanyu, whose ambition of winning a third consecutive Olympic title in Beijing was undermined by an ankle injury and a freak fault in the ice, is undecided about taking part in next month’s World Championships.

The 27-year-old gold medallist from the Sochi 2014 and Pyeongchang 2018 Games would be seeking a third world title if he competes at Montpellier in France from March 21 to 27.

But after appearing in Sunday’s exhibition gala to close the skating at the 2022 Winter Olympics he told the Kyodo agency: "There are things I've yet to take a clear stand upon, and that includes my future.

"I will take everything into consideration in my decision about the worlds."

He added that he would be taking a break after the Games "to give the ankle a proper rest."

He later revealed that he had had to take painkillers to compete after spraining his ankle during practice on the day before the opening short programme, adding that he would have withdrawn had it not been the Olympics.

Hanyu, who at that point held the short programme world record score of 111.82, could only finish eighth after failing to accomplish his opening quad Salchow jump.

He said afterwards that his skate had hit a hole in the Capital Indoor Stadium rink.

"I’m struggling to get a hold of this more than anyone right now," Hanyu told a dismayed crowd after his performance.

"Honestly, it feels like I didn’t even make a mistake.

"Did I do something to be disliked by the ice?

"Right at takeoff for the Salchow, on the curve, there was a hole.

In his free skate, Hanyu - who won the world title in 2014 and 2017 - wrote his name into the history books by becoming the first to have a quad axel attempt officially recorded as such.

"I'm thankful to everyone because I've been able to skate (throughout my career) with everyone choosing to watch me skate, which then gives meaning to my performance," he added after his Olympic Gala performance.

"I've packed lots of stuff in there and can't describe it all...(but) I wanted to do everything I could on this Olympic stage, aware of the attention it gets from everyone.

"I was made to think deeply on lots of things.

"There were moments in my career where effort just wasn't enough.

"People might have the images of me being successful from winning in Sochi and Pyeongchang, but I have also hit rock bottom many times.

"Having become an adult, I've realised that life isn't all about being rewarded and I'm happy with this present, in which I wasn't rewarded.

"Lots of unreasonable things happen but I'll be trying my best to be as positive as I can."